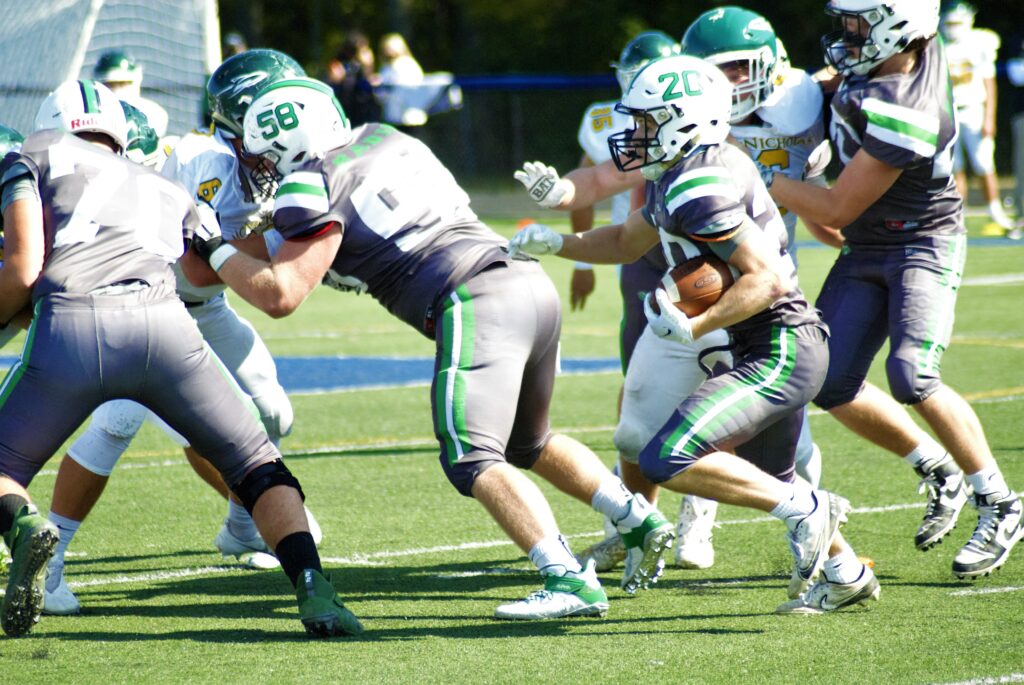 HAMILTON — The Badin Rams are finally getting to play a playoff game.

The Rams got a free pass after they were supposed to play Wapakoneta, but that didn’t stop Badin from wanting to play some football. The Rams scheduled a scrimmage with Northwest to help them prepare for tonight’s Division III clash against the Tippecanoe Red Devils based out of the Miami Valley League.

The Rams (7-0) from start to finish have proved to be one of the best teams in southwest Ohio in Division III. Opening up their season with a 41-7 pummeling of fellow foe Ross, and then defeating rival Alter for the third time in a row.

Out of the gate, Badin quarterback Landyn Vidourek proved to be a leader. An impressive performance in his first start against Ross, Vidourek threw for 258 yards with 4 scores. He’s continued that momentum. Badin’s offense has been backed by a really good defense, and that’s what has gotten the Rams to this point.

The Rams’ defense has only allowed 46 points all season, and the most points they have given up in a game was 14 to CJ in an impressive 40-14 throbbing.

Tippecanoe Red Devils of the Miami Valley League are no slouch. After getting pummeled by Piqua 28-3, the Red Devils are now on a 5-game winning streak. Their defense is led by senior outside linebacker Kevin Thompson, who has 6 sacks. Junior Gavin Garlitz has 3 interceptions on the season. Junior Griffin Caldwell provides the spark with the Red Devils offense with his 122 attempts for 500 yds and 5 touchdowns on the season.

Kickoff is slated for 7 p.m. with the winner facing either No. 3 Trotwood- Madison or No. 6 Alter.