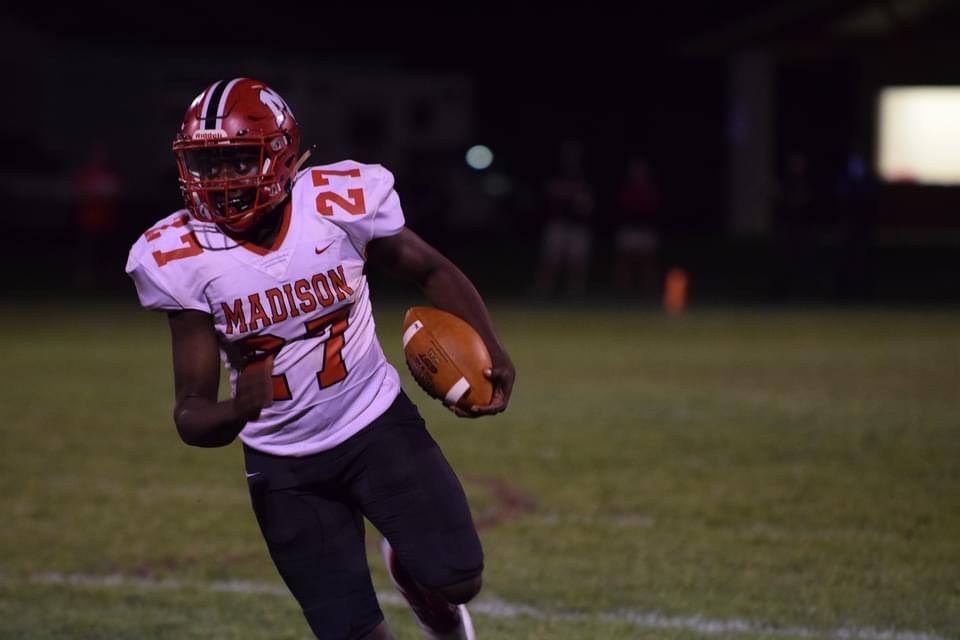 MADISON TWP. — Madison coach Jessie Hubbard got his first win of the season. His Mohawks defeated the Dixie Greyhounds 38-6 in a clash of Southwestern Buckeye League rivals.

Hubbard made the move to Madison in the spring after coaching at New Miami.

The Mohawks (1-2) forced a fumble on Dixie’s first possession of the game. The offense though could not take advantage, punting the ball back.

Dixie could not move the ball the next possession and was also forced to punt, which gave Madison great field position at its own 48-yard line.

The Greyhounds (1-2) had trouble on the next possession. Evan Cox sacked and stripped the ball away from quarterback Jimmy Myers. Linebacker Devin Oligee made the recovery. The turnover set up the second of Pendelton’s three rushing touchdowns.

“It felt good getting in the end-zone three times and contribute to my team,” Pendleton said.

Madison’s running game accounted for five of the six touchdowns on Friday, with the defense playing a huge factor. The Mohawks applied pressure to Myers the whole game. Dixie’s junior quarterback got sacked six times. Madison even stopped the Greyhounds run game that led to three forced fumbles and an interception.

For the first time this season, the Mohawks went out and played a complete game, according Hubbard.

The Mohawks host Carlisle next Friday, while Dixie welcomes Waynesville.