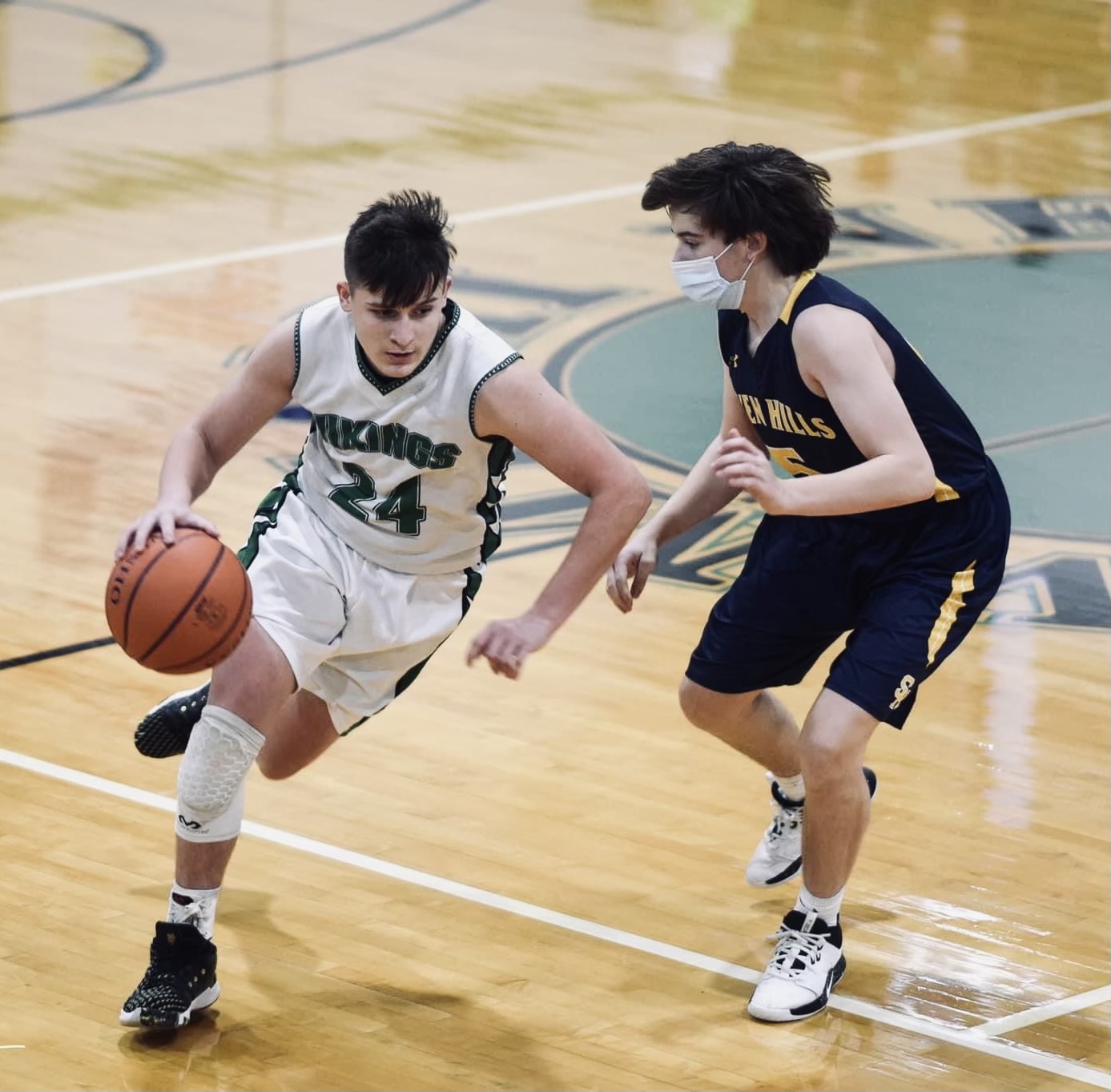 NEW MIAMI — Emryk Moffitt was shocked to learn that he’s one of Butler County’s top scorers on the hardwood. It’s just not something the soft-spoken New Miami High School senior guard really keeps track of.

Moffitt has found himself in a leadership role for the Vikings this season, and he’s confidently accepted the challenge.

“I feel like my teammates count on me,” said Moffitt, who sits third in the county averaging 20.4 points a game. “I just want to try and make my teammates around me better with my contributions.

“I basically just have to keep doing what I’ve been doing,” Moffitt added. “I feel like I’ve been pretty consistent.”

It ranks as one of the area’s best scoring performances this hoops season.

“I was just really getting the open shots that game,” Moffitt said. “Our offense created opportunities for me. It was really hard to guard our offense.”

Vikings coach Jared Lee said he’s been impressed with Moffitt’s transition leading up to his senior year. He bucketed 2.3 points a game as a sophomore and 8.6 a game as a junior.

“It’s fun to watch that kid grow,” Lee said. “The vision, he sees is the full court now. He sees everything.

“There’s not a part of the game that he can’t do,” Lee added. “With that being said, you really want him to do all of that. It’s not an easy task, and he’s giving it everything he’s got.”

Lee said while his squad owns a 1-12 record, it doesn’t mirror the type of season Moffitt and his Vikings are having.

“We’ve had plenty of games that we lost that were in our hands,” Lee said. “And having Emryk and the guys working hard all season will definitely prep us come tournament time.

“But we know that we’ve put a lot on Emryk’s plate. With that comes a lot of responsibility. It’s not an easy thing to do,” Lee added. “Last year, he was in a new and increased role and still trying to find his way. It’s been fun this year seeing him take the reins. He’s really figured out when to assert himself and when to get teammates involved.”

Moffitt said he’s enjoying the opportunity be the guy who helps rally his teammates together.

“I came in figuring that I’d have to come in and step up to the plate,” Moffitt said. “I want to be the guy to step in and take the pressure off of someone else if they need it.

“I’m just trying to go out and not let anything frustrate me,” Moffitt added. “They won’t get into my head. I just go out there and do what I’ve been taught to do — that’s try to help my team win, try to find open people and try to contribute to the team.”

“Teams know that he’s our No. 1 guy and that he’s the No. 1 guy on their scouting report.”

Moffitt also pulls down 4.4 rebounds a game and leads the Vikings with 2.6 assists a contest this season.

“When he has the ball in his hands as much as he does, how can there not be any pressure at certain times?” Lee said. “That’s just what comes with the territory right now.

“He’s grown this year in what to do during an off-game, too,” Lee added. “No one is going to be on every game. It’s just the way it works. He’s found ways to produce even when he’s not on — getting himself to the free throw line and getting others involved.

“The kid just wants to go out there and try to win for his teammates and the community of New Miami.”