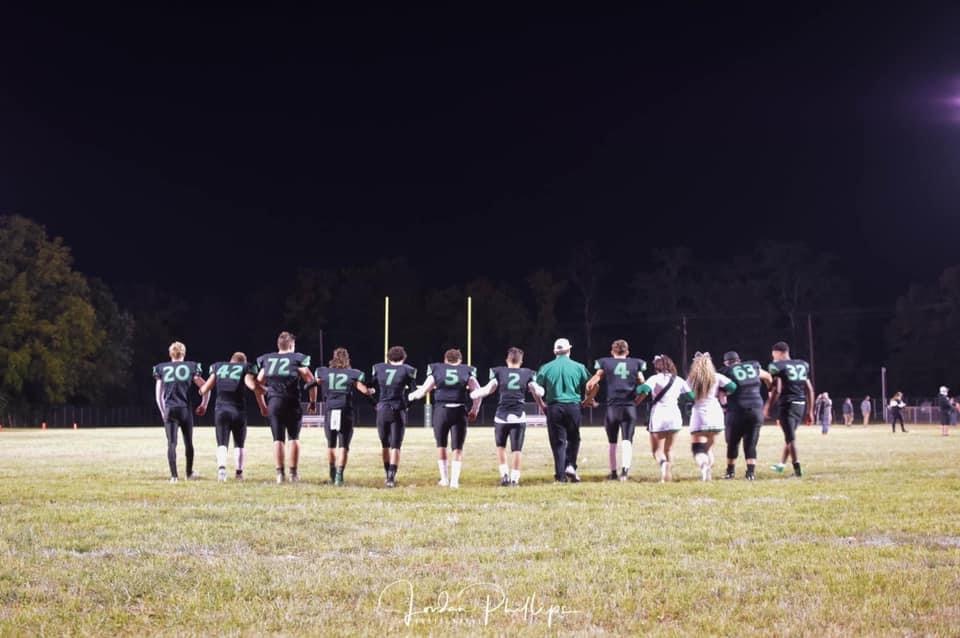 MARIA STEIN — Jordan Robinette had already sat down on the team bus Friday night. He willingly hopped back off of it to make his way toward me.

It was raining pretty good, and the New Miami High football team was just handed a 42-0 bruising from Marion Local.

Robinette probably didn’t want to talk to anyone for the next two hours on the trip back home. But he did. He talked to me, and I didn’t thank him enough.

Robinette smiled, and he let me know how much his career on the gridiron meant to him. The senior also knew how much Vikings football meant to The Village.

“We just hoped that we were able to prove to ourselves that we could compete,” Robinette said. “We definitely played for the Village. And we gave them history.”

New Miami fielded, without a doubt, the best team to ever lay a cleat on Mara Field. The Vikings notched their first-ever playoff win a little over a week ago. And they also currently own 19 straight regular season wins.

But Friday night concluded an era for the seniors.

“I told Jordan Robinette that in a game like this, with a score like that on the losing end, I had not seen a better performance than I did from him,” Vikings coach Andy Stuckert said. “And quite frankly, I can’t say enough about that senior class. I feel really bad that this is how they got knocked out and in the fashion that it happened.

“But those seniors, they played their butts off from start to finish. They should be proud.”

“This senior season was crazy. We had high hopes coming in that we were going to make history. And we did that. It was amazing to be a part of.”

“New Miami football gave me a ton of different things — family across the Village. We showed how everyone can come together during this crazy time through football.”

“What the younger guys have to do is keep working hard, and that’s the only way to keep this thing going.”

“It was a good ride — one helluva ride. Everything good has to come to an end. But I wouldn’t trade my guys for the world. This was a fun four years, and I loved every bit of it. Go Vikes.”

“If the guys coming out to play New Miami football, and they want to compete, you got to get in the weight room. I want to see this thing keep going. I hope we can get some guys to come in and make us all proud.”

“This is the last time we’re ever going to be putting on a New Miami football jersey. We wanted to go out there and give it our all for the future of Vikings football.”

“Anything is possible. We were the laughing stock of D-7 football for 20 years. We’re at the top now, and we’ve got to keep that going.”

“We accomplished many things this year. We were a family. We were much more than just a team. We all bonded, and we tried our hardest.”

“Hopefully in the future, they can accomplish the same thing and achieve the same goals.”

“It was the best thing in the world just being out there with my friends — always having fun and playing our hardest.”

“We didn’t know what was going to happen with our season, but we kept putting the work in. We made sure to make a game plan for each week to help us get better.”

“We knew what we could do, and we did it for the Village. I think we were able to fulfill a lot of things over the last four years.”