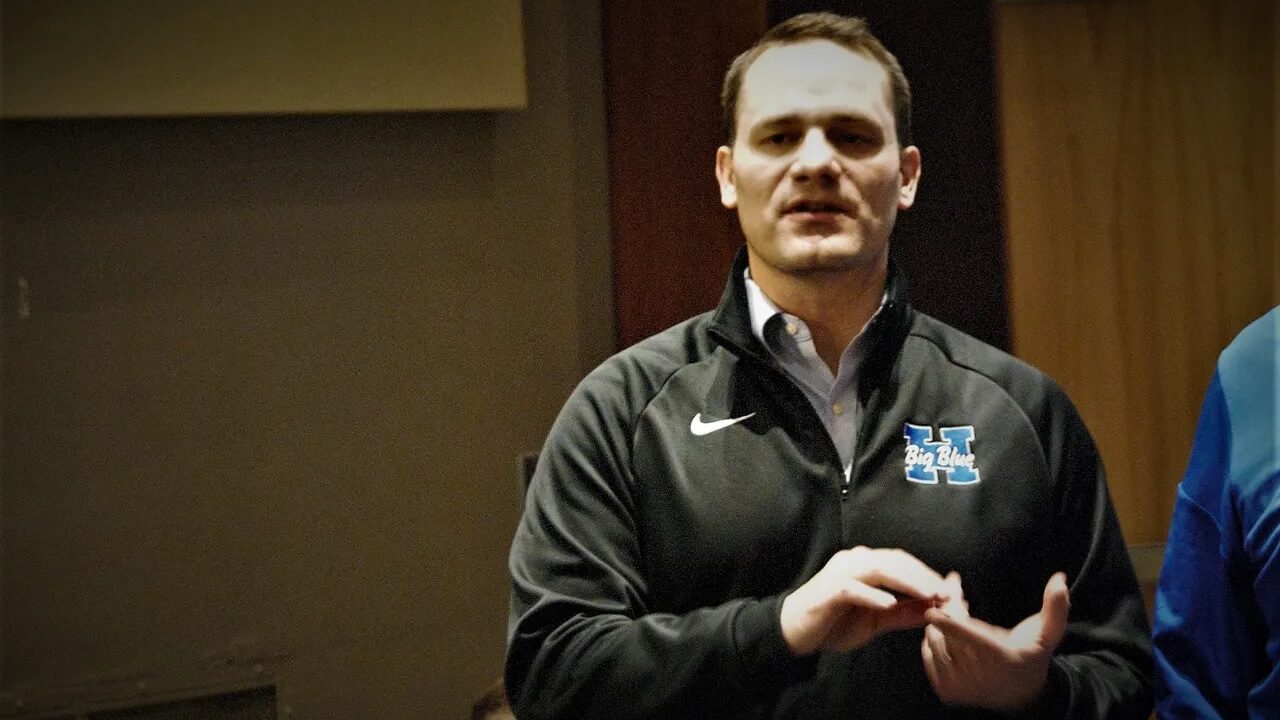 A fresh look for the Big Blue program was justified through a spring kickoff meeting held at the HHS auditorium Tuesday night.

“Who I am today is a reflection of where I’m from,” Mahon said to nearly 100 players and parents who gathered to better understand the new coach’s protocol and vision. Mahon also introduced his entire coaching staff.

“This football program is going to be a player’s program, a coach’s program, our school’s program and our city’s program,” Mahon said.

Mahon, a 2003 Hamilton graduate, took over the head coaching duties at HHS after leaving Little Miami this past December. He led the Panthers to a 9-3 season in 2018, which was one of their most successful seasons to date.

“I’m a straight-shooter. I’m an open and honest guy,” said Mahon, who noted that Big Blue’s practices will be open to anyone who wants to attend.

“If we keep working hard and keep trying to get to the next level,” Mahon added, “the results that you want will come.”