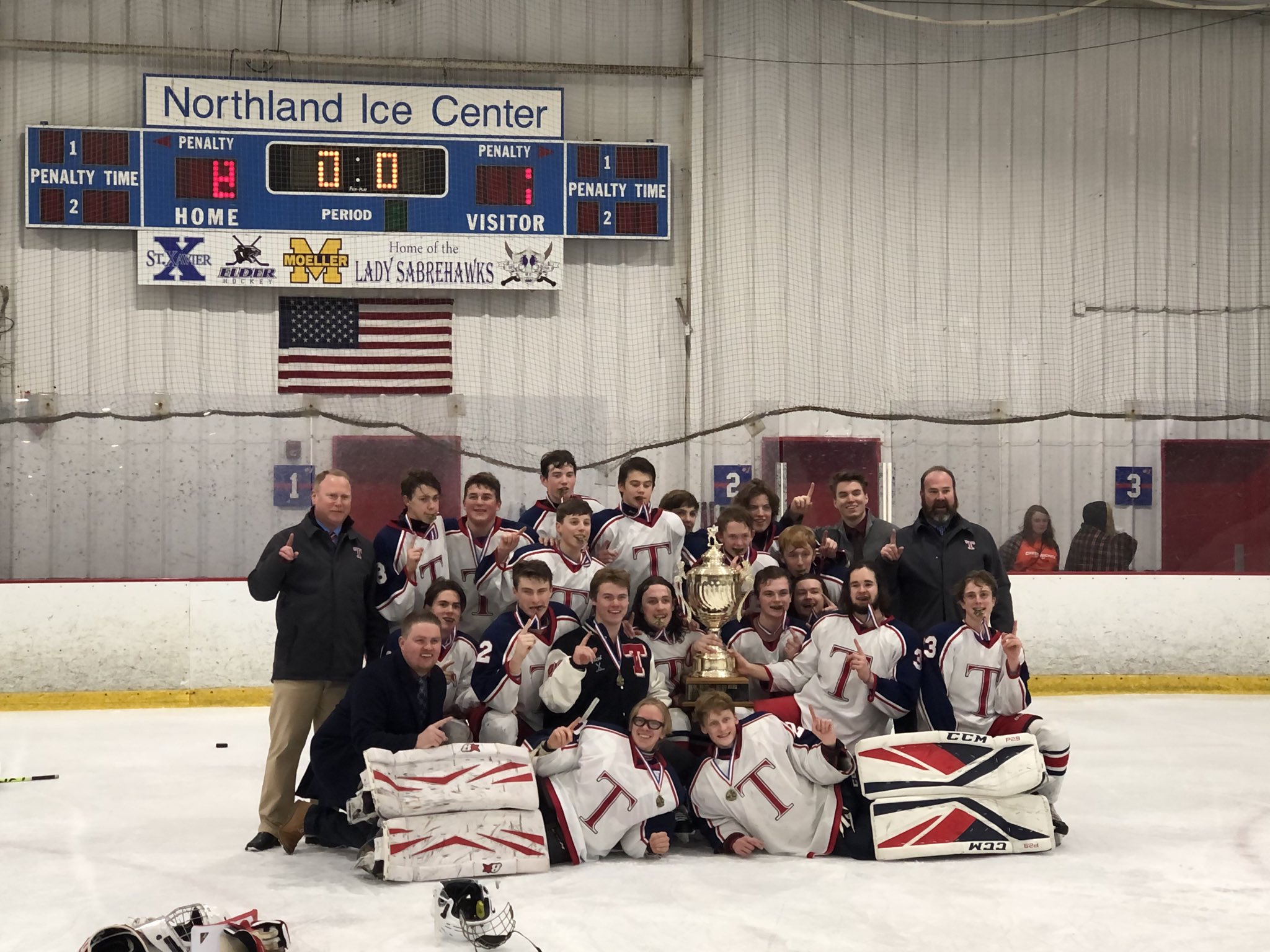 OXFORD — It was the initial focus from the start for Zach Sens. The first-year Talawanda High School hockey coach had his sights set on a Southwest Ohio High School Hockey League title.

The Brave captured their first league championship in 11 years on Sunday with an 8-1 victory over Beavercreek at Northland Ice Center.

“This is really the most competitive team we’ve had in the last couple of years,” said Sens, a 2012 Talawanda graduate who played on the 2009 league title squad. “We’ve been trying to get back to that level of play from Day 1. It was stated during the first player-coach meeting, that was the goal.

“I know how much Talawanda hockey means to the Oxford area,” Sens added. “Now it’s time to make sure we get back to those competitive ways.”

The Brave sport a 29-7-2 record, barreling into the OHSAA state tourney against Springboro on Friday at 6:45 p.m. at Chiller North.

Talawanda has already faced the Panthers twice this season — a 2-2 tie on Jan. 21 at Goggin Arena and a 6-3 win on Nov. 9 at South Metro Sports.

Sens said the regular-season schedule is a justification of how prepped his program is at this point.

“We’ve had a little more of a competitive schedule this year than we have had in the past,” Sens said. “They’ve risen to the occasion. It all started back in November when we went straight into playing some tough opponents.”

A trip up to Cleveland and Kent State for a couple of top-notch tournaments solidified that strength of schedule, according to Sens.

“Once we got into the league schedule, we were ready to go,” the coach said. “It got us ready for a league run and hopefully for a state run here soon.”

Talawanda doesn’t have a traditional captain on the squad, Sens said. There’s a collection of leaders that pave the way — including the Brave’s five seniors.

“This is the first time that I can remember us not having a team captain,” Sens said. “With that being said, it’s the entire senior group — we’ve got five of them. They’ve all kind of bought into my style. They work hard and they listen to what our coaches want to instill.”

Sens said the defensive work from Tincher and Stevens may not show on the individual stats sheet, but it certainly makes a difference in the points against column.

Sunday was a prime example.

“Beavercreek hit us with a quick goal early,” Sens said. “We were down 1-0. But Tincher and Stevens rose to the occasion with our other seniors. Everyone stepped it up big time and took care of business.”

Junior Ben Shrider has been taking care of business on the assist end of things, chipping in with a team-high 48 assists this season. He’s also added 29 goals.

Junior Reid Benamati leads the team with 39 goals, while Brennen has notched 30. Junior Grady Holmes has 28 goals and 24 assists.

“We’re a legitimate state program,” Sens said. “We will compete with anyone. We’re one of the oldest programs in the area. It’s a pretty big deal around here.

“At this point, whatever happens at state is just icing on the top. But this was our season goal — to bring Talawanda hockey back to the top.”