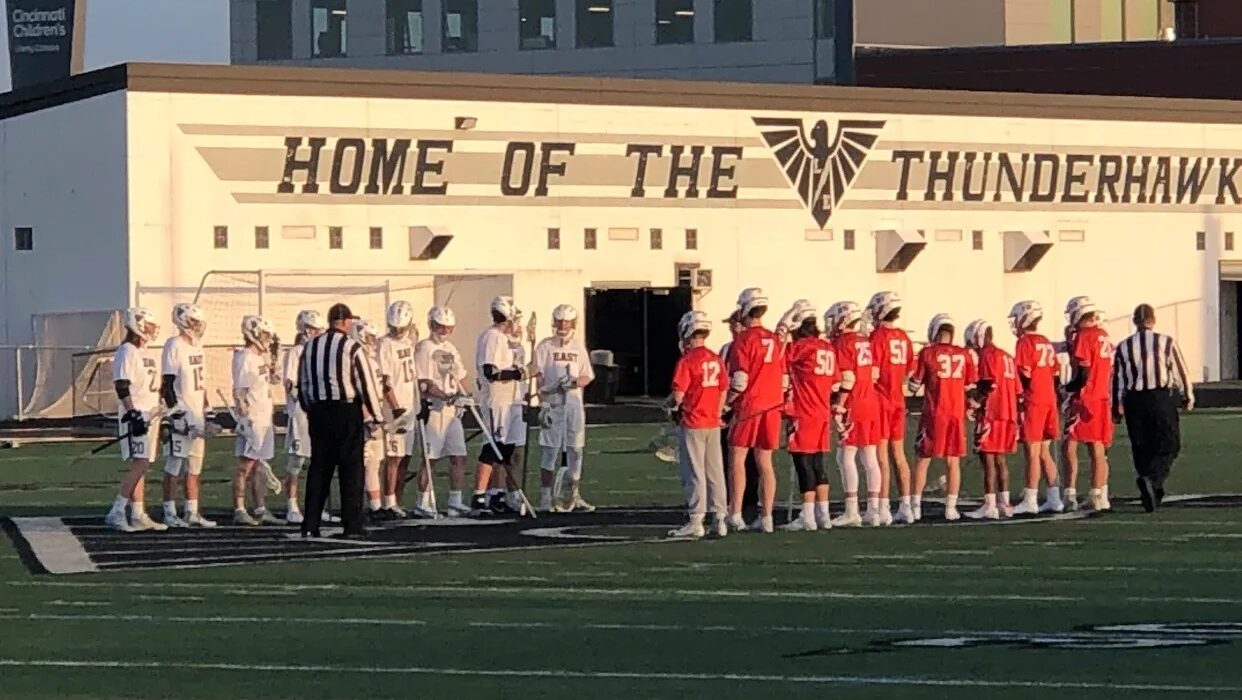 The Firebirds tallied four more goals in the first frame en route to a 15-6 victory over the Thunderhawks.

“We started our season with two of the toughest teams in the region — Mason and then Moeller,” Lakota West coach Dave Reed said. “I like to do that. I like to take the strongest teams and get them early in the season. I knew that coming into games and opponents like that, that these boys would be ready to pick up the pace.”

Picking up the pace was where the Firebirds made their hay, scoring many of their early goals in transition against an out-of-position Thunderhawk defense.

“Our transition defense wasn’t there,” Lakota East coach Steven Burkhardt said. “We spent a lot of time on defense early and their transition killed us.”

Lakota East battled back in the second quarter though and drew to within 9-4. The last goal coming just as time expired off the stick of Will Edkins to send the ‘Hawks into halftime with a little bit of momentum.

That momentum wouldn’t last. East kept stepping on its own foot with turnovers and miscues.

“Ballhandling and turnovers. That killed us,” Burkhardt said. “The forced pass, they were trying to thread the needle and make the game a little quicker than it should.’

The Firebirds added two more goals in the third quarter to only one for the Thunderhawks. Every time East challenged, West had the answer and the extra credit.

Lakota East drops to 2-1 on the season and hosts Sycamore on April 3, while Lakota West moves to 1-2 and travels to MIlford on April 5.