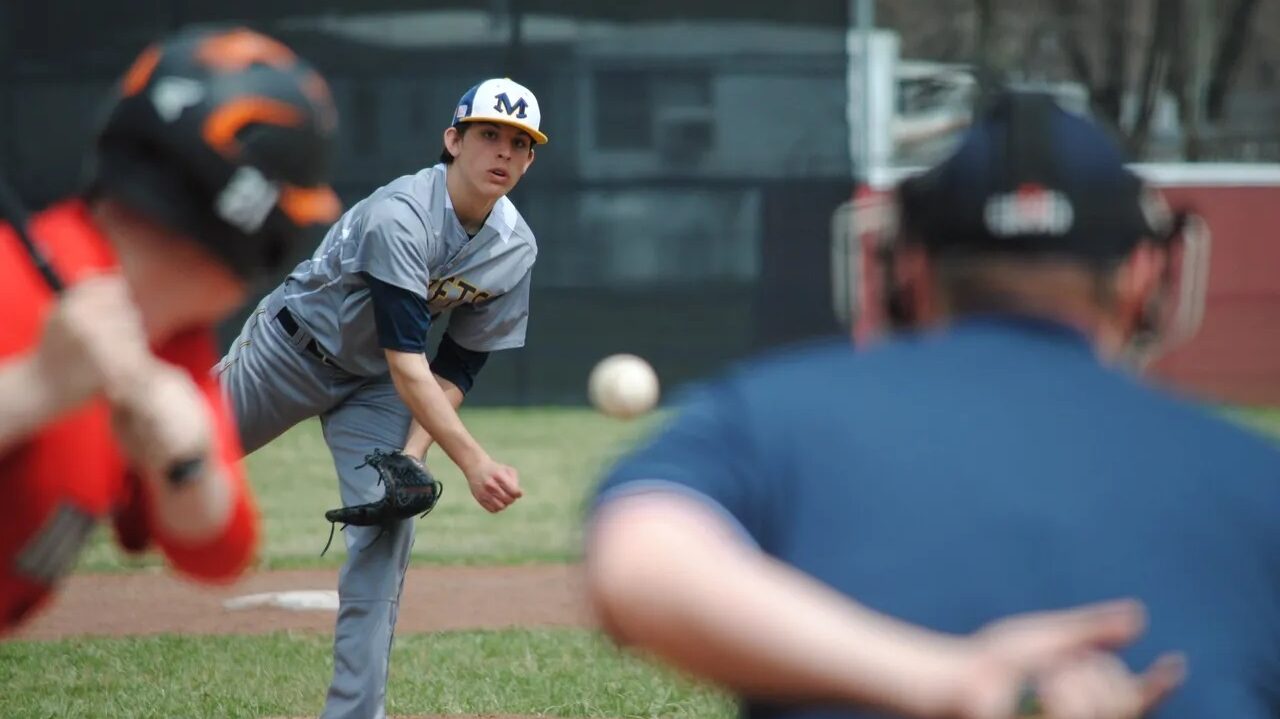 RIVERSIDE — The Monroe and Stebbins high school baseball programs were in search for something a little similar to the young season.

And that’s some momentum.

The Hornets and Indians split a doubleheader on Saturday, with Monroe taking the first contest 9-1 and Stebbins collecting its first victory on a 5-4 walk-off win in game two.

“We’ve had some bad luck,” Monroe coach Bob Hunt said. “We’ve been in every single game, but we just can’t find a way to finish games. We’ve had a lead in basically every single game we’ve played in and lost five of them.

“We’re trying to find that killer instinct,” Hunt added. “It was a beautiful day for it finally. Hopefully this can get us in some kind of rhythm of some kind of pattern and be confident in ourselves. We’re just hoping that today will be a turning point for us.”

Monroe moved to 2-7 on the season, while Stebbins upped its record to 1-7.

“As a young team, that win in the second one does nothing but build confidence in these younger players,” said Stebbins coach Mike Weiler, who is in his eighth season at the Indians helm. “We’re trying to turn the corner so to speak, and that walk-off win was a first step in making sure we’re getting there.

“I told the kids that just because we’re having a slow start, it doesn’t mean we are out of this yet,” Weiler added. “We’re making some strides to make sure that we’re bringing this program back to where it should be.

“We forgot about that first game,” Weiler continued. “And the guys worked hard to bounce back with a win in the second one.”

Despite outhitting Monroe in the first contest, Stebbins couldn’t recover after the Hornets scored four runs in the fourth inning. The offensive onslaught by Monroe was led by Richmond Puckett, Nick Osterman and Seaver Rothwell — who each had RBIs in the inning.

Chandler Hollar got the win on the mound for Monroe. He surrendered one run on six hits over seven innings, striking out seven.

“Our pitching has been awesome,” Hunt said. “Even in the games we’ve lost, our pitchers have been great for us.”

Matt Bowling led Stebbins with two hits on four at bats in the opener. Rothwell went 2-for-4 at the plate to lead Monroe.

In game two, Jared Bullock’s walk-off single lifted Stebbins past Monroe in the bottom of the seventh.

Osterman took the loss for the Hornets in game two. He allowed eight hits and five runs over six innings, striking out six.

Ben Holt surrendered three runs on five hits over six and a third innings, striking out one to help pace the Indians on the mound.

Ryan Hiles led Stebbins at the plate with two hits in two at bats. Monroe tallied six hits in the second game. Rothwell and Braden Gilbert all had multiple hits for the Hornets in game two.