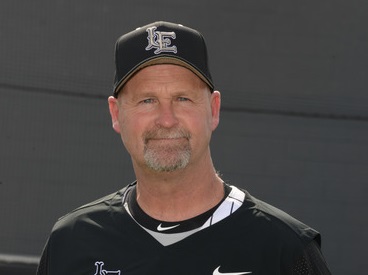 Hamilton is a 1983 graduate of Lakota High School and was a 3-year varsity starter in football and 2-year starter in baseball. He accepted a football scholarship to Appalachian State University and played 1 year there. He then traveled west to Independence Community College for a semester before ending up at Missouri Southern State College in Joplin, Missouri for the final 2 years of eligibility. He graduated in 1988 with a Bachelor of Science degree in education.

In 2000, Hamilton was named head baseball coach at Lakota East.

Hamilton knows that success is no accident and credits outstanding players, as 170 have gone on to continue to play at the next level. Also, all the great assistant coaches, parents and athletic staff at both Ross and Lakota East that have made is honor possible.

Ray and wife Dee are the proud parents of Celeste (26) and her husband Chris Elam, Garrison (19) and Grayson (19) and the proud grandparents of 1 Grand Daughter Brooklyn (5).

Ray credits his wife for blending Baseball with family and making it work for the past 31 years. Ray and Dee have lived in Lebanon Ohio for the past 21 years.

The Hall of Fame induction was held in conjunction with the OHSBCA Annual Clinic at the Hyatt Regency in Columbus, Ohio. It was the highlight of the award’s luncheon.

Induction into the Hall is based on an individual’s accomplishments on the field, service to the OHSBCA and/or ambassadorship towards the game of baseball in Ohio.

Inductees are chosen each fall at the October meeting of the OHSBCA Board of Directors. The OHSBCA Hall of Fame is located at Bill Davis Stadium on the campus of The Ohio State University.