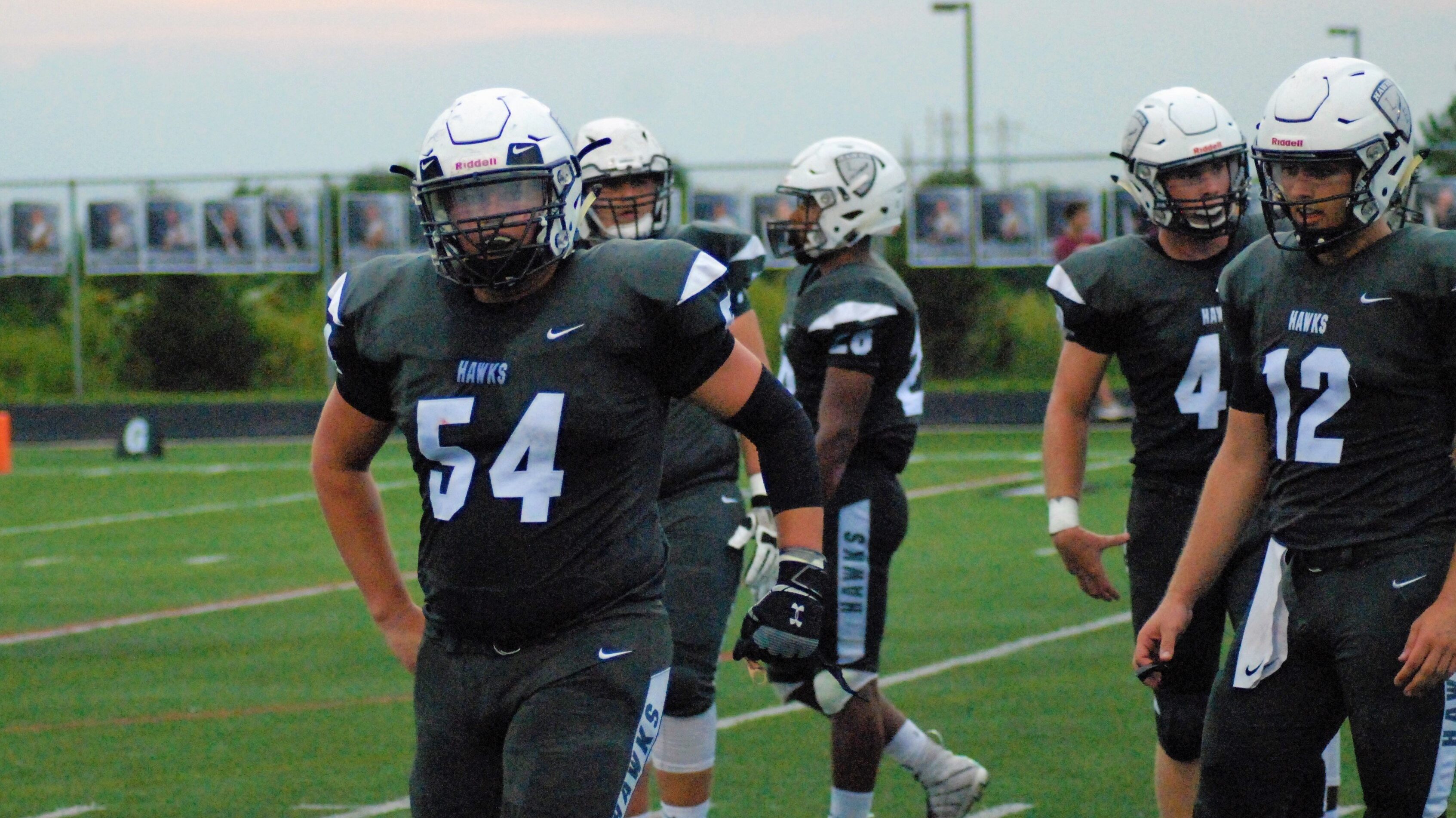 MASON — Coach Rick Haynes and his Lakota East Thunderhawks have just moved to 2-1 on the season with a dominate-early-and-hold-your-breath late, 20-14 victory over the Mason Comets here at Dwire Field.

The Thunderhawks are known for their triple option, wishbone and flexbone style of offense, and for three quarters, Lakota East had the offense absolutely rolling. Mason had no answers except for hoping for fumbles, which Lakota East provided two, both in the attacking red zone–the only reason this game was still a close game late.

Charlie Kenrich was the first culprit, coughing up the football on East’s opening drive, a fumble recovered by Mason’s Blake Aaron. Kenrich would have better moments as this game wore on, but that was certainly one play he’d love to have back. With Lakota East’s defense stopping Mason on two 3-and-outs to start the game, and with East’s long and methodical ball control, we went into the second quarter with a scoreless game.

East’s second drive would not have a turnover attached, and East would capitalize with a 1 yard fullback dive touchdown by Tavier Lugo-Flowers.

Mason, built to throw the football more than East tried to get it all back on one play, and Rodney Heath, the lurking safety, made a play on a deep ball for a quick interception. At this point, Mason had run only seven plays in three drives, and Lakota East had probably crunched about 9 minutes of time off the clock, maybe more.

On the ensuing drive, East proved that they could throw a little bit as well, running a play-action, their first pass attempt of the game, as TJ Kathman hit a wide open Charlie Kenrich running down the seam, a slight overthrow, with a full diving extension from Kenrich to put the Thunderhawks back in business. And on 3rd and goal, it was Joshua Thornhill on a 4-yard toss sweep into the end zone to give Lakota East a 14-0 lead.

Lakota East’s offense continued to rattle off yardage, and Coach Haynes never let his punter see the field until quarter #4, even going for it on a 4th and 1 at his own 31 yard line. That’s a lot of faith in your offense! But as Lakota East was entering the red zone to go up by three scores and put this thing to bed early, a miscue on a possible handoff saw the ball hit the turf, fallen on by Mason’s Paul Rodriguez. Mason couldn’t stop the Thunderhawks; only Lakota East could do that themselves.

Desperately needing to do something offensively, Mason’s Collin Brown hit a streaking Jack Cooper down the left sideline. He caught it, raced inside the 10, then fumbled the ball straight up into the air, and right back down, fortuitously into his hands. Brown threw to Cooper in the end zone on the very next play to capitalize with an 8-yard touchdown right before halftime, and after a first half of nearly complete and total domination, Lakota East only had a 14-7 lead to show for it.

East seemed to wear down as the second half went along, and Mason got increasingly stronger and confident as they simply hung around. An East drive bogged down in the red zone, forcing them to kick a field goal, and you could see the body language of the Mason players as they started to believe that this game was not a lost cause.

Trailing 17-7 in the 4th quarter, Mason’s defense FINALLY forced Lakota East’s first punt of the game, and Mason was able to work the ball within striking distance and air the ball out to Alec Dardis for a 26-yard touchdown pass down the right sideline, and just like that, it was 17-14.

East ran as much of the clock off as they could on a methodical drive that got all the way down to the 8-yard line, but on 3rd and goal, on a handoff to Kenrich that had all the blocking set up in front of him for a touchdown, Mason’s Jax Hutchinson made a shoestring, diving, touchdown-saving tackle, forcing East to kick another field goal with 1:38 left.

Without the help of timeouts, Mason converted a 4th down across midfield, and then had their chance to win the game: a deep throw to the right corner of the end zone with 9 seconds left from 24 yards out. Mason Mattingly dove and reached out full extension, and the ball hit his fingertips, just beyond his reach, unable to be hauled in for what would have been a game-winning score. That left 4 seconds on the clock, and on the last play of the game, Lakota East’s Shawn Ryan got around the right tackle, forced Brown to his left, he tried to spin and double back around and was wrapped up. Shawn Ryan with the walk-off sack to preserve a hard-fought 20-14 victory for the Thunderhawks.

Lakota East will return to the Hawks Nest next week to take on a 1-2 Middletown squad. East does not get any second-level points tonight from a winless Mason team or from Kettering Fairmont, who lost to Northmont 28-14 tonight.

Mason goes back to the drawing board at 0-3, trying to get a foothold into their season as they travel to also-winless Oak Hills.