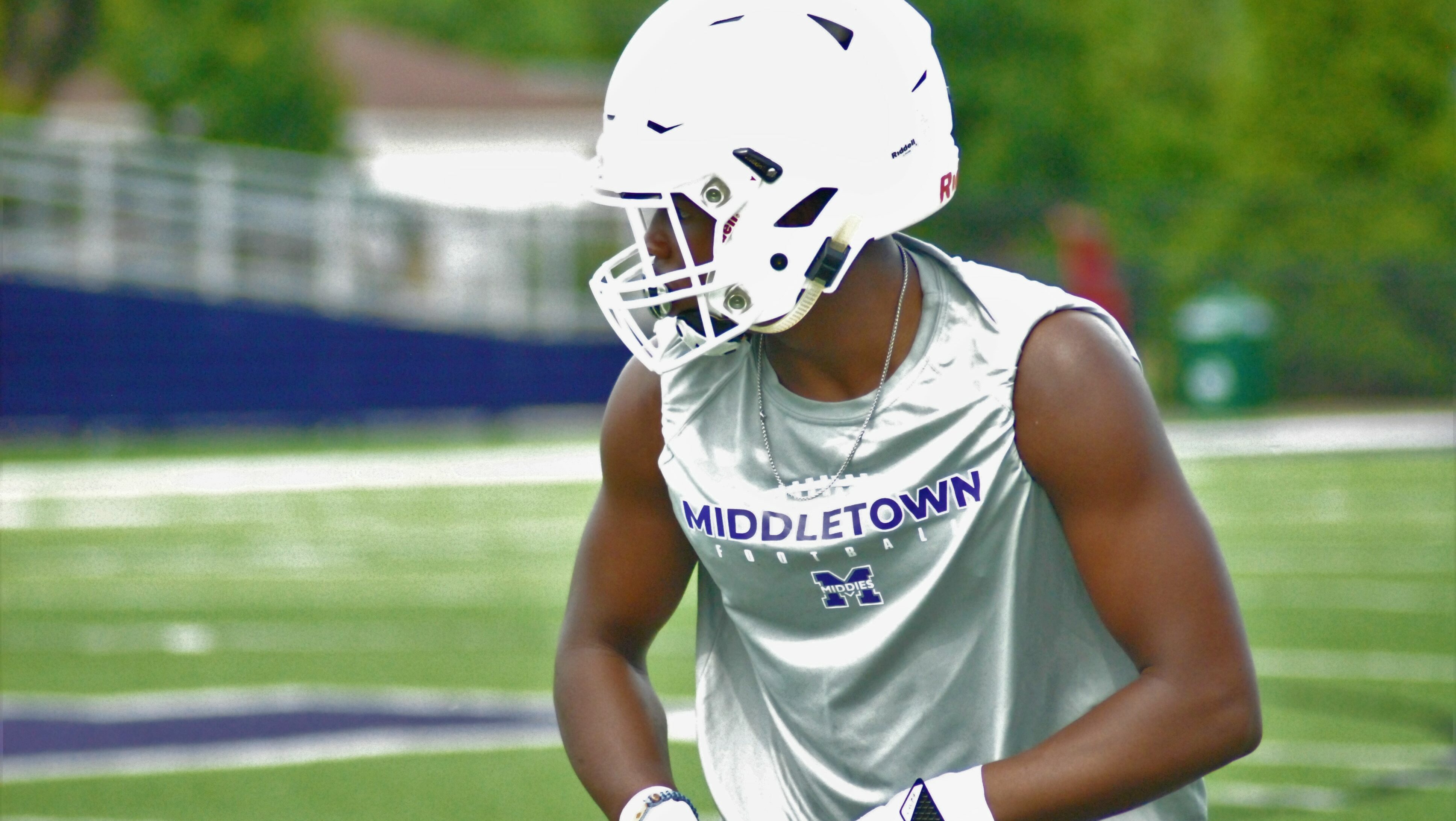 MIDDLETOWN — The first quarter saw the Fairfield Indians and the Middletown Middies exchange quick drives ending in punts and two 70-plus yard touchdown drives at Barnitz Stadium on Friday.

Then the second quarter happened.

Sawiaha Ellis sandwiched a 1-yard rushing touchdown and a 15-yard passing touchdown around a 41-yard, one-play Jutahn McClain rushing touchdown to give the Indians a 28-7 lead heading into the locker room, as Fairfield went on to defeat Middletown 47-7 in a Greater Miami Conference opener.

“He continues to do really good things,” Fairfield coach Jason Krause said of Ellis. “He can hurt you with his feet, that’s the big thing and then he made some timely throws. His leadership has been really good.”

“For a kid that’s going to go play defense in college and we’re just making him into a quarterback,” Krause added of Ellis. “He’s executing as good as we can ask for and he’s doing a lot of nice things. It really helps having No. 9 (McClain) running around behind you.”

An inability to get Fairfield off the field on third down hurt Middletown, but not converting on third down offensively doomed the Middies. Middletown gave up six sacks in the first half and 10 for the game.

Many of those sacks happened on third down.

“We had plays that were there to be made and we didn’t make them,” Middies coach Don Simpson said. “One big long run on third and 15 and we were like ‘we got’em’ and just a blown assignment. One guy blows an assignment and with one guy as talented as their guys are that’s all you need.”

Krause won for the first time at Barnitz Stadium since roaming the home sidelines at Middletown nine years ago.

“We were talking about it before the game, that this is my first win at Barnitz since I’ve been gone,” Krause said. “Barnitz is a special place. It’s a great atmosphere, it’s a great venue. There’s not many places better to play high school football.”

Josh Bryant led the way for the Middies with 63 rushing yards, and the lone Middie touchdown was a 41-yard first-quarter touchdown scamper.

Fairfield, which remains undefeated at 3-0 and 1-0 in GMC play, hosts Hamilton next Friday. Middletown, which slipped to 2-1 overall and 0-1 in the conference, travels to Lakota East.