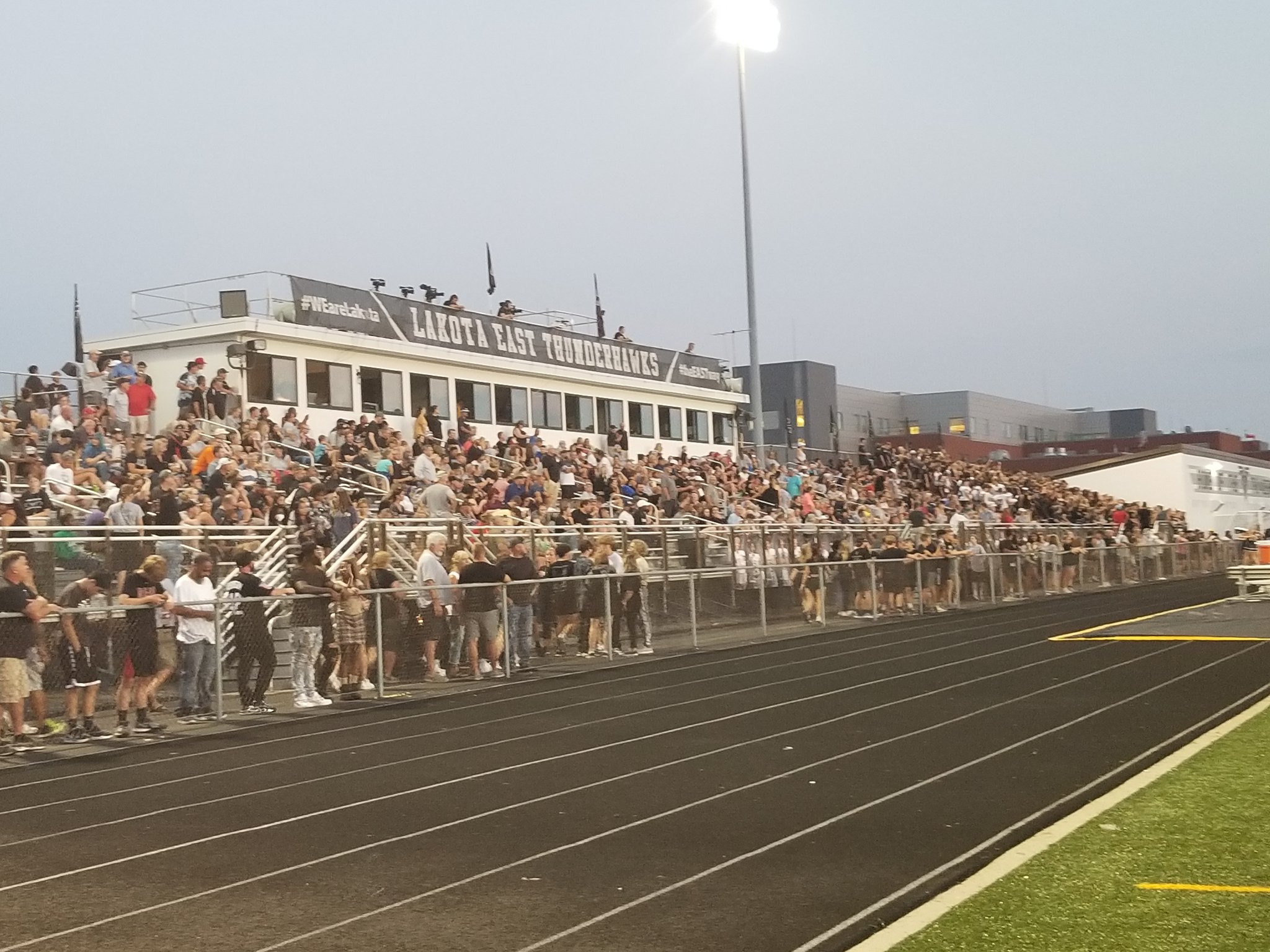 LIBERTY TWP. — The Lakota East High School football team dropped its season opener to the Moeller Crusaders 42-27 in front of a packed house at Lakota East.

The Thunderhawks stopped Moeller on its opening drive, marched down the field in three plays and within three minutes held a 7-0 lead with Charlie Kenrich’s 1-yard touchdown plunge.

Moeller answered with an 8 play 50-yard drive, including a fourth and 7 conversion that led to a 1-yard Noah Giesbrecht touchdown run.

East and Moeller traded a pair of 80-yard touchdown scores on their ensuing drives but it was Moeller that made East blink first.

Forcing a punt as the second quarter started and snarled in a tie, Moeller took advantage with a Geselbracht pass to Tennell Bryant for a 25-yard touchdown and the Thunderhawks played catch-up from there.

“We made too many mistakes against a good team with a high-powered offense,” Lakota East coach Rick Haynes said.

Penalized for roughing the kicker on the 1-yard line after forcing a Moeller punt and watching as the Crusaders ran out the first half clock turned out to be an opportunity lost for the Thunderhawks.

“We moved the ball okay but beside that we really didn’t do much,” Haynes said.

The Thunderhawks were able to move the ball but defensively the Moeller offense was too much. Geselbracht had more time than a watchmaker and after missing him in the first half he connected with Brandon White on two 70-plus yard touchdown receptions in the second half to extend and make comfortable a lead that Lakota East would not chip into.

TJ Kathman threw for 177 yards and two touchdowns and ran for another 96 yards and a score.

East travels to Milford next Friday.