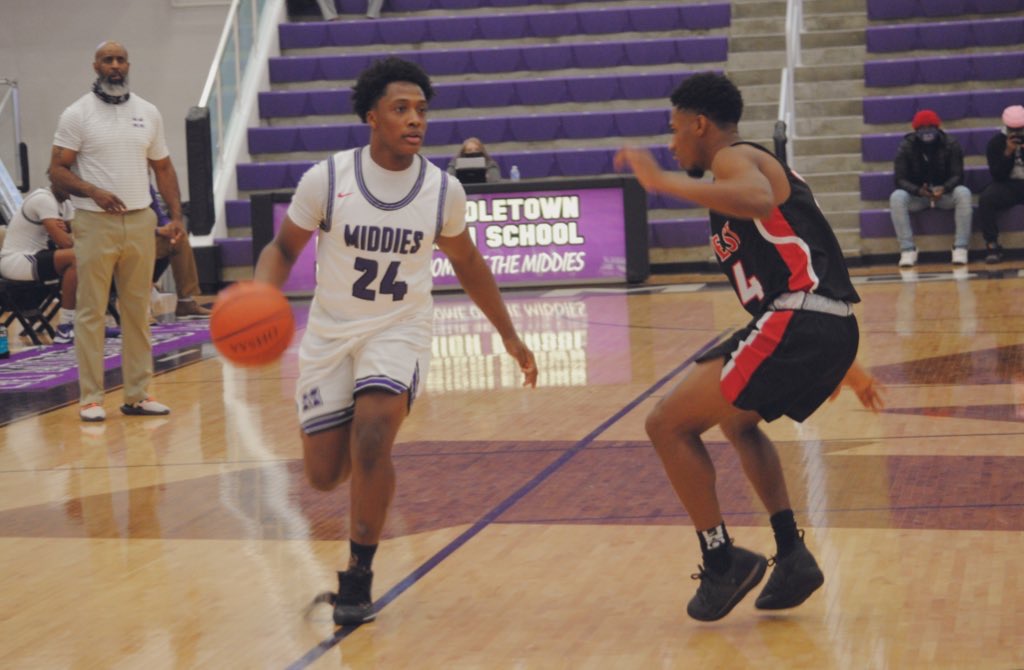 MIDDLETOWN — The Lakota West High School boys basketball team didn’t get the kind of start it was looking for against Middletown on Friday night.

To the Middies’ credit, the hosts pressured the Firebirds defensively and Lakota West’s top two scorers couldn’t get in a groove in the early-going.

But late in the third quarter, the Firebirds grabbed the momentum, took the lead and never looked back in Lakota West’s 67-54 Greater Miami Conference win over Middletown at Wade E. Miller Arena.

“Our defense got better, the zone stepped up and we got some big rebounds,” Lakota West coach Jim Leon said. “And Kelvin (Turner) and Duke (Nate Dudukovich) started making shots, which we were hoping would happen. This is one of the first times all year those two didn’t make shots, and they still managed to do it in the end and help us pull out a win.”

The Firebirds (11-7, 8-4 GMC) were led by Brady Weber, who finished with 25 points while hitting 5 of 5 behind the arc. Brady said better rebounding in the second half and his teammates making shots is what led to securing the victory.

“We got Duke and Kelvin hot in the fourth quarter, and I was on as well — so us three making shots is a pretty good situation,” Brady said. “And we really stepped up in the second half with rebounding, and that’s what allowed us to take over.”

Just a couple baskets separated the two teams throughout the first quarter, as the Middies weren’t unable to put much distance between themselves and the Firebirds.

Then with less than a minute to go in the second quarter, Turner — who finished the game with 19 points — nailed a 3-pointer for Lakota West to cut the Middie lead to 22-21 to end the first half.

Middletown (5-11, 5-8 GMC) remained ahead for most of the third quarter and even went up by seven at one point. But Lakota West refused to give up the fight. The Firebirds continued to attack the basket and whittled away at the Middies’ lead, again coming within one point.

And with under a minute to go in the third and Middletown leading 38-37, Dudukovich — who finished with 19 points — was fouled during a layup. The shot went in giving Lakota West the lead and Dudukovich an opportunity for an and-1. His free throw was good, and the Firebirds took the lead 40-38.

From there, Lakota West continued to increase its lead and eventually come away with the win.

Middletown coach Darnell Hoskins said turnovers and Lakota West’s top players getting hot at the end of the game is what led to his team to coming up short.

“To me, that level of disengagement — it kills you,” Hoskins said. “Because, it’s going to be a game of runs and when they don’t turn it over and you do and they’re able to capitalize on that with points, which they did. I give them all the credit in the world. Their main guys stepped up and stuck big shots and capitalized off the mental mistakes we made. To me that was the difference in the game. I just thought their guys were a little mentally tougher than ours.”

Middletown was also led by three players who finished in double figures. Tywan Hall and Johrdon Mumford both finished with 15 points and Davien Brown had 10.