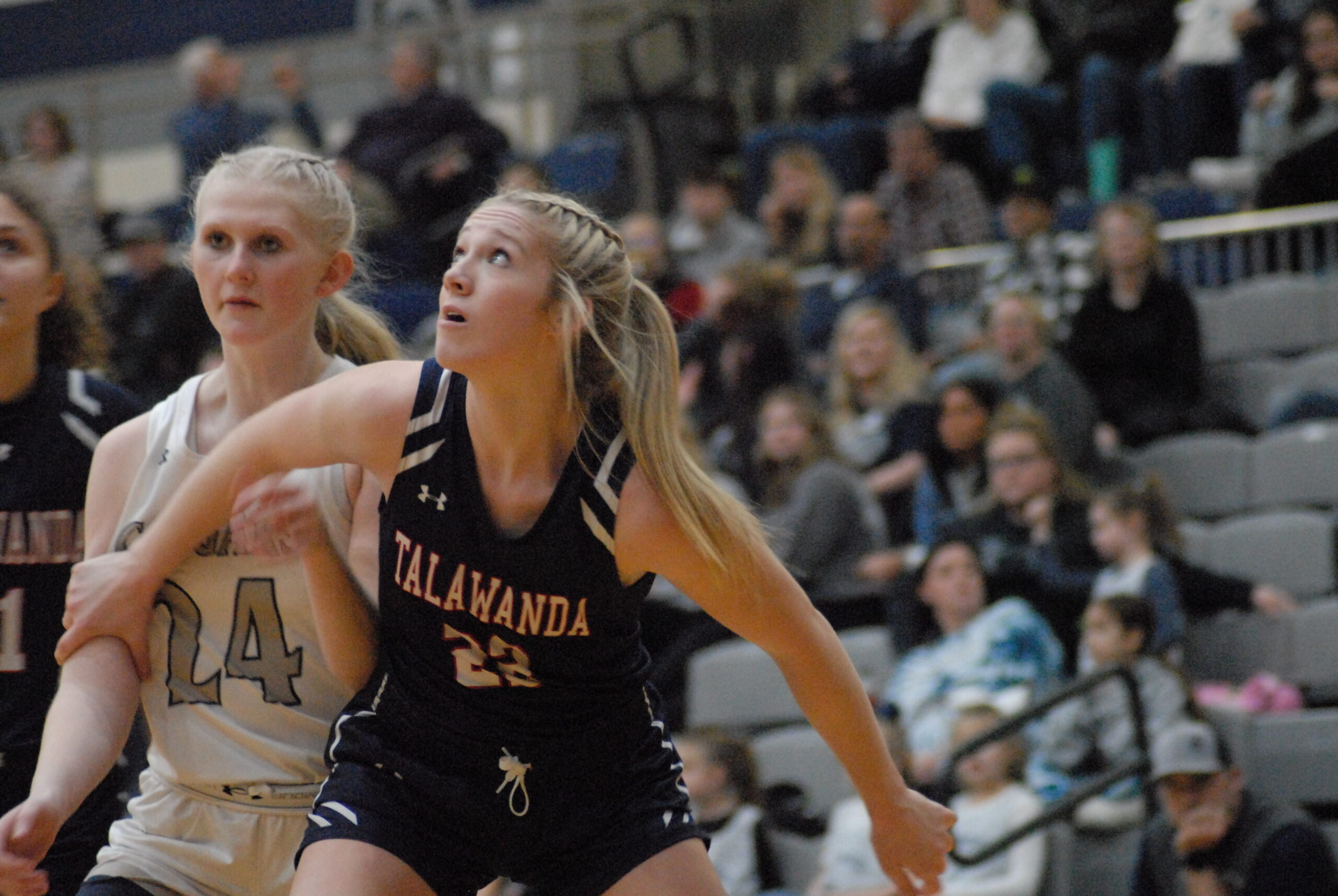 Myah Keene came out a happy camper as a result.

Keene scored a career-high 22 points, Fears had 17, Farris had 14 and Talawanda remained unbeaten with a 74-47 victory over Edgewood.

The Brave, who brought in momentum from Monday’s big win against Harrison, moved to 12-0 overall and 6-0 in the Southwest Ohio Conference.

“We came really close tonight to topping our performance against Harrison,” Talawanda coach Mary Jo Huismann said before cracking a smile. “Now we’re going to expect that out of them all the time. You know how coaches are.”

The Brave used some lockdown defense and two lengthy scoring sprees to frustrate the Cougars (6-9, 3-4 SWOC) in the early going.

Fears knocked down a 3-pointer at the top of the key to cap off a 12-0 run that gave Talawanda a 17-3 lead heading into the second quarter.

“We’ve played some tough teams,” Fugate said. “But trying to gameplan for Fears and Farris? That will keep you up at night.”

Keene scored four of her 13 first-half points during a 16-3 run for Talawanda, and the Brave led 35-15 at the halftime break.

“She offsets the others,” Huismann said of Keene, who missed two games earlier in the season and averages 9.7 points a contest. “When they’re double teaming the rest of the team, of course she’s open.”

“Our team chemistry has gotten so much better this year,” Keene said. “We’re able to look for each other and see each other better on the court. We know our court mannerisms. We just know what to do.

“We knew as a team, this one would be a big game,” added Keene, who made note of the win over Harrison giving her team a boost. “We were ready to go. I just wanted to keep going and getting better and helping the team.”

“They never give up me,” Fugate said of his Cougars. “I’ve got a team that will fight to the end. We will go through some moments where they will get down on themselves, but all I ask from them is for them to give me everything they’ve got.

“It’s hard looking up at that scoreboard. I get it,” Fugate added. “They may be gassed, but they keep fighting.”

STEPPING UP THE DEFENSE

Huismann said there was going to be a dominant focus on Cougars leading scorer and junior Rylie Homan defensively heading into Wednesday.

It was Farris who wanted to step in and guard her.

“Our defense has gotten better and better,” Huismann said. “Taylor did a great job on Homan. She usually doesn’t hammer guard like that. But she wanted her, and she did a great job. That loosened her. She’s been playing great the last few games.”

Homan, who averages 13.2 points a game, finished with seven points.

Both teams get back to action on Saturday. Edgewood travels to Fenwick at 12:30 p.m., while Talawanda hosts East Central at 1:30 p.m.