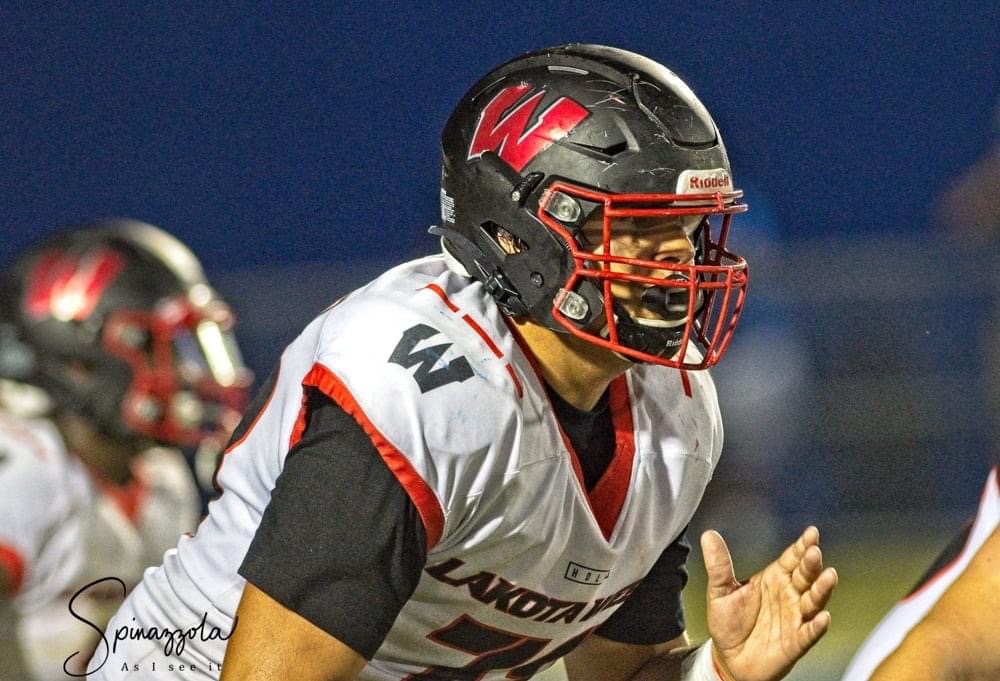 WEST CHESTER — Playing with a packed grandstand at home for the first time in two years, the Lakota West Firebirds rebounded from a season-opening loss with three first quarter touchdowns en route to a 45-7 victory over the West Clermont Wolves.

Cameron Goode scored on three first half touchdowns of 24, 20 and 7 yards to lead the Firebirds — adding another 45 yards receiving.

“It really came out of the offensive line settling the ends,” Goode said. “Once I got to the edge at that point I’ve got to be a man amongst boys. Once you see corners and safeties, you can’t let them tackle you.”

And tackle him the Wolves could not.

“Cameron, he’s special,” Firebirds coach Tom Bolden said. “His nickname is Gumbo and at first I asked him, ‘Why Gumbo?’ And he says, ‘I can do a little bit of everything, like gumbo, there’s all that stuff mixed in.’”

On Friday, he was the heartiest portion of gumbo, he was the chicken as well as the andouille but gumbo isn’t complete without the roux, rice, broth or veggies.

His teammates provided the rest of the ingredients.

West opened the game with a short 5-play drive ending in a Mitch Bolden 28-yard touchdown run. After a West Clermont 3-and-out, the Firebirds responded with another 5-play drive and capped off the first half offensive scoring with a 1-play 7-yard drive.

Before the bleachers were full of butts, the Firebirds were cooking.

“We were bitter about last week,” Bolden said. “We were up 14-3 at one point and we weren’t playing really well and played terrible in the second half, and ended up losing an important football game. That will do it to you. We practiced with an edge and we played like it tonight.”

Defensively the Firebirds were nearly flawless in the first half. Allowing a scant 30 total yards, they shut the Wolves out and capped the first half scoring with a 76-yard Ben Minich interception return for touchdown taking a 35-0 lead. And like simmering rice, when things got hot, the Firebird defense got bigger and expanded.

“Last week I think defensively we played well enough to win,” Bolden said. “I like where we’re at. We’ll fly around and get after it, we’re fast, we’re athletic and we’ll only get better.”

Goode led the Firebirds with 108 rushing yards on nine carries with a reception for 45 receiving yards.

“He runs hard, he runs hard.” Bolden said. “He practices hard, he gets coached hard, he just plays hard, he’s a tough, tough kid and that’s what you need.”

“We felt like we were better than we played last week and from here on out we want to win every game. Every game just to prove that we are one of the best teams in the state still, and could be the best team if we play to our potential,” Goode added.