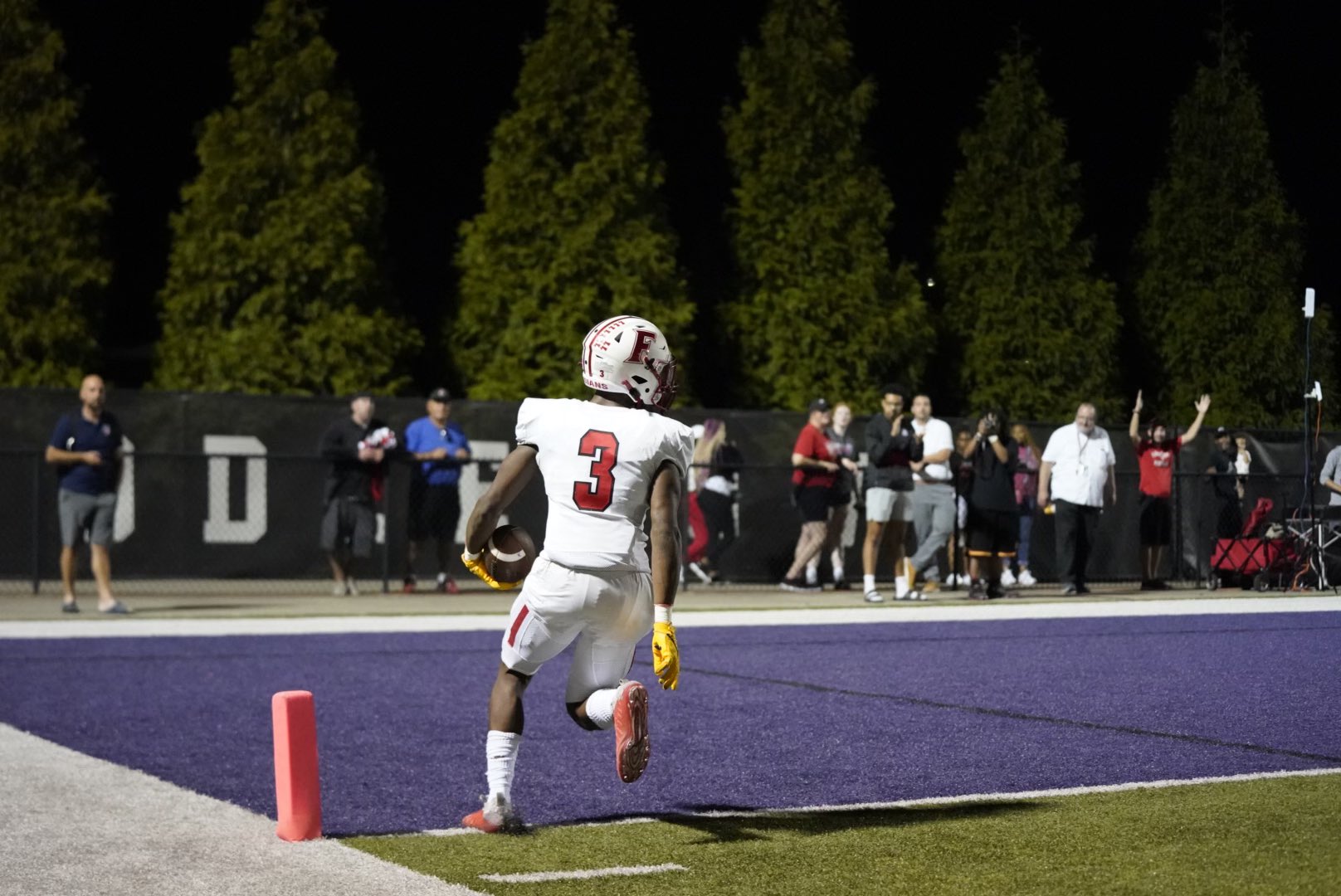 Those 15 seconds and two plays were all the Indians needed to grab the early momentum and an eventual 42-14 victory over the Middies in Middletown’s home opener at Barnitz Stadium on Friday.

The Fairfield (2-0) defense held Middletown (1-1) to a three and out on its first drive and responded with a 69-yard swing pass from Talon Fisher to Jordan Jackson on the Indians’ first play from scrimmage. A Fisher rush for a 2-point conversion gave Fairfield an early 8-0 lead.

Two holding penalties by Middletown on the ensuing drive stymied the great field position it received when Fairfield attempted an onside kick. And much like their first drive, the Middies went three and out on their second one.

Fairfield answered right back on the toes of Fisher who scampered for a 65-yard touchdown, giving the Indians a 15-0 lead midway through the first quarter.

“It was a little bit weird,” Fairfield coach Jason Krause said. ”I’ve never been in a game in 29 years where we scored on the first two plays that we called. So, you know, we’re just trying to handle those emotions and that excitement — just trying to keep our level heads. It’s a long game.”

Fairfield added another touchdown in the first quarter on a blocked punt and recovery in the end zone by Jordan Baker to stake a 22-0 first-quarter lead.

Middletown answered on with a six-play, 68-yard drive on a fourth-down, 29-yard toss from Kellen Davis to Chandler Shields — who snared the ball one-handed as he was falling to the ground. Middletown intercepted a Fisher pass on Fairfield’s ensuing drive to get into scoring range, but penalties again kept the Middies from taking advantage.

“We came out with a lot of energy in this game, and the guys were so jacked up with the opportunity in our home opener with one of the top teams in our conference. We really wanted to prove ourselves and just had mental breakdowns,” Middies coach Don Simpson said. “You think about that first half. Three plays, three touchdowns and that was it. We were sitting there like, ‘What went wrong? What happened? Calm down.’ We went in and calmed down and we scored.”

The Indians marched down the field and a Kavi Bivins touchdown run extended the Fairfield lead to 29-7, and the Indians never looked back scoring another 13 points. Middletown added another score on a 95-yard touchdown throw to give the game its final score of 42-14.

“They came back, made a big play and got on the board and got back in the game. Obviously, we talked about good teams finish people when they have a good lead. I thought we came back out and re-established ourselves in the second half,” Krause said. “We just went in and said we were going to run the football. We got a little too cute in the first half. Just back to the basics and the ground game worked in the second half, and the defense played really well in the second half also.”

“We had a great game plan going into the second half and executed the first play, sky kicked it and boom — here it goes. Then all of a sudden that cramping bug hit us again,” Simpson said. “We’re closer than we think we are. Just going to go ahead and watch this one tomorrow and wipe the slate clean and go back to drawing board.”

Lemond Chambers had 101 yards rushing, and Davis threw for 131 yards and two TDs for Middletown. James Franklin snagged an interception for the hosts.

The Middies welcome Hamilton (1-1) next Friday, while the Indians travel to Colerain (0-2).