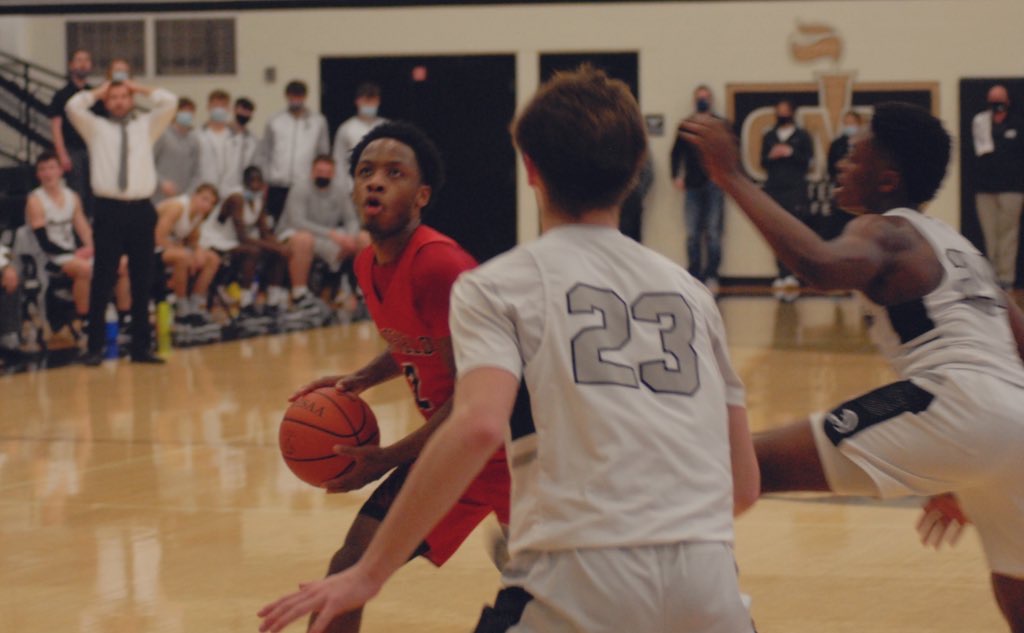 The Indians scored 12 points before Lakota East sniffed the net, and Fairfield held on for a 60-57 victory over the two-time defending GMC champions.

It was the Indians’ first win over the Thunderhawks since 2015.

“We had a walk through at 2:30 today, and it was a bull-crap walkthrough,” Lakota East coach Clint Adkins said. “Guys weren’t engaged and guys weren’t locked in, and I said, ‘Guys, you take this stuff for granted, but it’s going to come back to bite you at some point.’ Obviously they came out and put it on us at the start.”

Deshawne Crim opened the game with two 3-pointers, and the rest of the Indians followed suit by staking an early lead and holding the reigning conference Athlete of the Year, Nate Johnson, scoreless for the first seven minutes.

The Indians used the fast start to take a quick 16-6 first quarter lead — playing add-on in the second look quarter with a 33-19 halftime lead. The Indians did so even as Johnson started heating up. Johnson would lead all scorers with 13 points going into halftime.

“He’s a really good player,” Fairfield coach DJ Wyrick said. “Even if you send a couple of dudes at him, some of those dunks he had were high level plays.

“One of my players at half was like ‘Coach, what are we going to do to slow him down?’ Wyrick added. “We’re going to try, but if we continue to do what we did in the first half, he can have 30 and we still win.”

Johnson scored a game-high 30, and the Indians won.

Fairfield fought back any Thunderhawk rally, even as East found a scoring threat other than Johnson the Indians always had an answer.

Kobe Peck added 16 points for East, 12 coming in the second half. When the Thunderhawks needed someone other than Johnson to contribute, Peck scored the first five second-half points for East.

“Kobe was locked in tonight,” Adkins said. “His energy, some deflections, there was no fear in his game tonight.”

Woods led the Indians with 17 points, added with the 15 points from Crim — the backcourt duo is putting the GMC on notice.