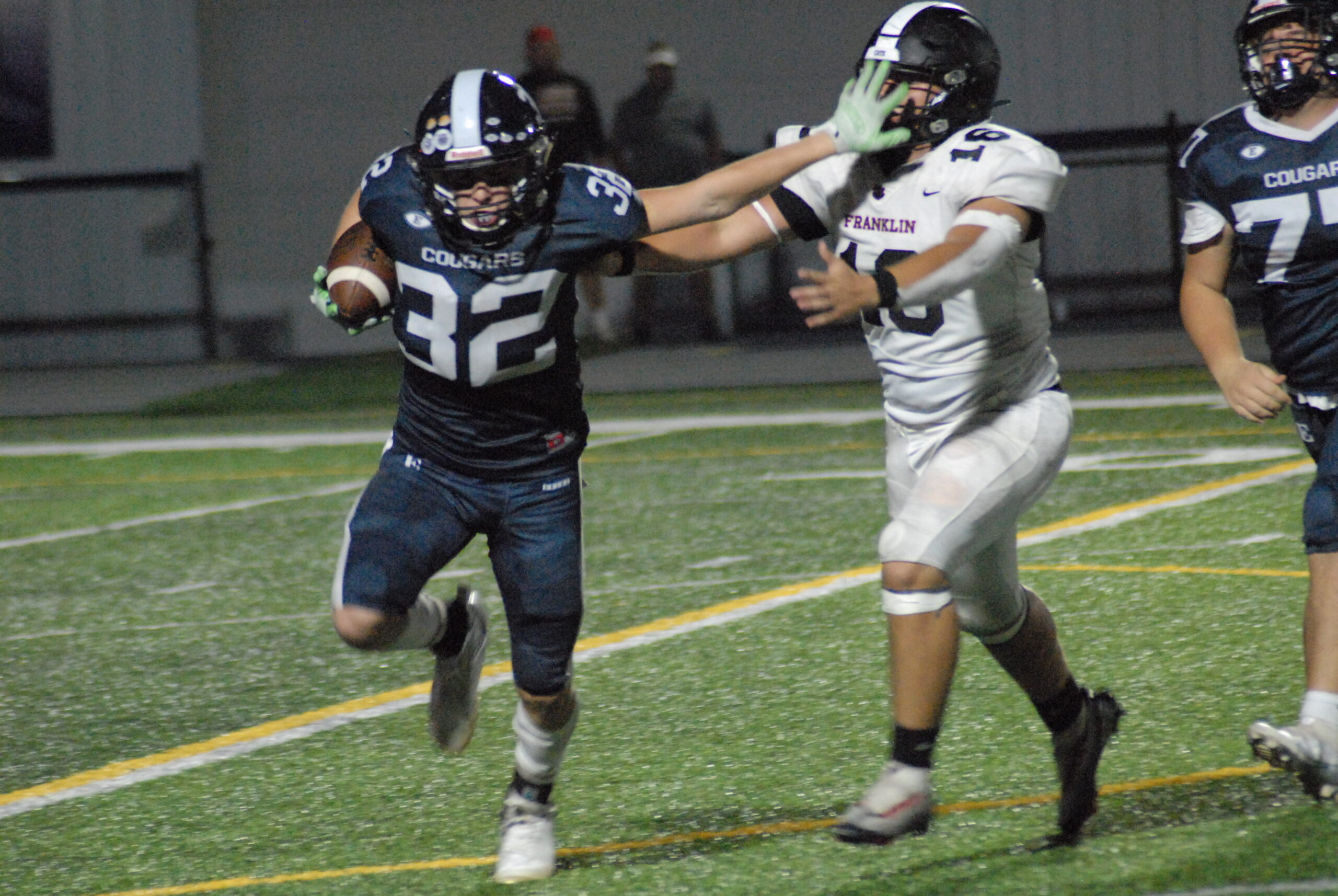 ST. CLAIR TOWNSHIP — Edgewood senior Jake Valerio wasn’t entirely too thrilled about the Cougars’ season-opening loss to Milford. In any case, who would have been?

But the team’s leading tackler shed some light to it.

“We’ve been on a roll,” Valerio said. “It seemed like everything has worked out for us after that. It’s almost like it lit a fire under us.”

The Cougars are hot. They’ve won five in a row following their Southwest Ohio Conference victory over Mount Healthy on Friday.

“It’s getting into a comfort zone. That’s all we needed to do,” Edgewood coach Scott Clemmons said. “We had some guys in some weird spots. Some of them hadn’t played on a Friday night, and they had to quickly adjust to the speed of the game.

“We went through scrimmages and stuff like that, but some of them hadn’t seen the true speed of the game,” Clemmons added. “We’ve adjusted now, and things have just taken off for us.”

The Cougars have leaned on a mixture of weapons offensively. Senior running back Tavionne Crosby leads the way on the ground with 555 yards rushing and nine touchdowns. He hit the goal line five times on Friday against the Owls.

“Our line has gotten us here,” Crosby said. “We’re all working hard and making sure we’re doing the correct assignments.

“Once we get going, we just keep going.”

Valerio has 397 yards and three TDs on the ground. He had a team-leading 48 tackles heading into Friday night.

“We’re just playing as a team,” Valerio said. “It’s not just one person. We just don’t have one captain or one leader out there. We’re all playing good football.”

Brick Barker has also contributed on the defensive side of the ball. The senior had 47 total tackles heading into this weekend.

“It’s been one team, one mission,” Clemmons said. “And that mission is to always win the SWOC title. We’re a family. That’s what we’ve preached here for a long time. These guys take care of each other.”

The Cougars continue SWOC play next Friday when they host Northwest (3-3).

“I’m proud of our guys. We’re not making any stupid penalties. They’re doing what they’ve been asked to do,” Clemmons said. “Sometimes you lose sight of that. We ask a lot of our kids. It’s the effort they’re putting into school and everything.

“I can’t say enough about our coaching staff,” Clemmons added. “I’m very blessed to have the players and the staff to be putting the same amount of effort into making us who we are on the field.”