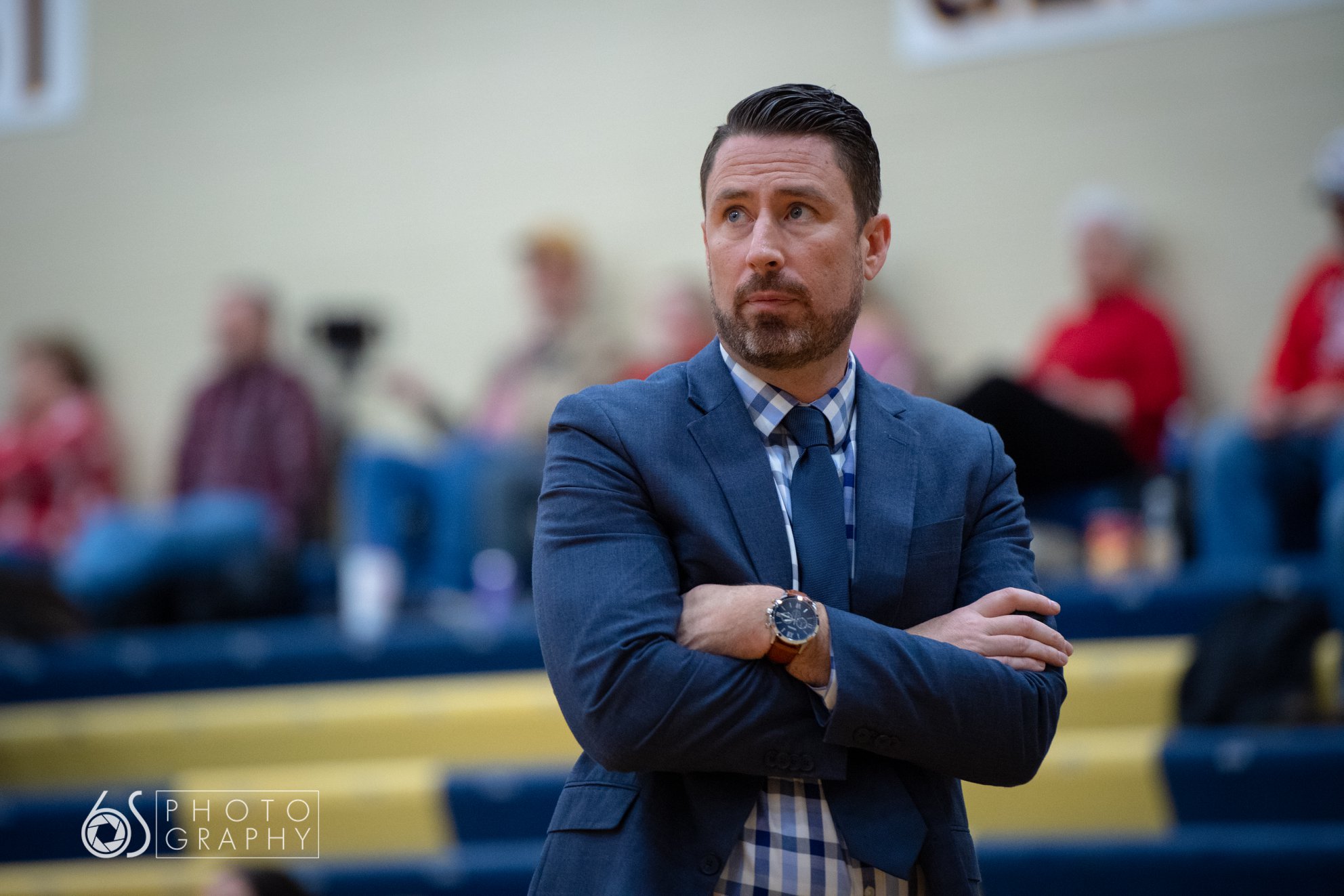 Chad Adolph never thought a 23-point loss would feel so triumphant. But on Thursday night, it did.

“This is obviously not the way we wanted our season to end,” the first-year Monroe High School girls basketball coach said. “But we’ve got to take advantage of the teachable moments when they come. This is definitely a teachable moment. Just like every loss — those are the ones that we can really learn from.

“To get to the level that we want to be at,” Adolph added, “we had to take advantage of this opportunity.”

The Hornets had just suffered a 59-36 defeat at the hands of Ursuline in a Division I tournament opener at Lakota East. Yet, all was OK with the world in the eyes of Adolph.

For a Monroe program that’s new to the whole D-I thing, Adolph said what needed to be done was done in Year No. 1.

“As a first-time head coach, with a first-time staff implementing things that we wanted to do for the first year, and being a Division I participant, I’m pleased with where we were able to get,” Adolph said. “I’m not happy that we lost in the first round, but we’ve got a great foundation to look forward to.

And it really wasn’t about wins or losses for the 12-11 Hornets. Adolph said the mold was already set for potential success when he preceded Chad Allen, who coached the program the last five years before stepping down.

So the direct focus was geared toward shaping a youthful squad — which included two starting freshmen and just two seniors in Sam Schwab and Kylee Slone — into a competitive squad with values.

Together, Tough, Accountable, Selfless and Thankful were those exact values. They’re consistently plastered all over the coach’s social media platforms.

“He definitely amps us up with his social media posts,” Schwab said. “It’s his way of getting us pumped to get better.”

Adolph chimed in, “We always talked about it with the girls. In life, you’re always going to fail. You’re going to get knocked down. It’s not just about physical toughness. It’s about the mental toughness.

“I told the girls right before I walked out of that locker room that if they would have to pick one word to describe this season, I’d want that word to be ‘Tough,’ Adolph added. “From the top down program wide, watching the girls buy-in, them trusting us and going hard into our core values — I couldn’t have asked for a better group to start off with. They responded. They’re just amazing, strong young women that were on board this season. I’m really happy where things have gone.”

“What we were able to do this season was amazing. Coach has put everything into this program,” Schwab said. “He has no off-day. It could be a Sunday afternoon, and he’s putting everything into basketball. He bleeds it and breathes it. He wouldn’t trade this for anything. He cares about it all. He really pushes us to be better, not only on the court but off the court and everything in general. He basically told us that there’s no quitting.”

And it showed during what Adolph coined as the most pinnacle of moments.

“I don’t think there was a game that epitomizes our mantra more than our game against Bellbrook,” Adolph recalled when his Hornets were down by 18 against their Southwestern Buckeye League rival back on Feb. 1. “We ran into a buzzsaw. Bellbrook knocks down every stinking shot. We get down pretty big, and we asked our girls to remain tough and steadfast. They slowly clawed their way back and a last second shot beats us at the buzzer.

“It’s toughness. That’s our thing. We ask our girls to never back down — mentally and physically,” Adolph added. “They need to be the toughest team on the floor. We often tell them that it doesn’t have to be pretty, but it has to be gritty. Despite digging ourselves a hole in that Bellbrook game, we had an opportunity to win that game. In my eyes, that was a win, because it proved to the girls that their largest deficit in any game this season against one of the top teams in Southwest Ohio, our girls came back and had a chance to win. For some of the things that we were trying to build and instill, that game was huge for us in terms of setting an image for our girls.”

Adolph said that image is expected to enhance. Not then, but starting right now.

“We’re going to take the necessary days off that we are required to take, and then we’re going to get back to work,” the coach said. “We’ve got some young girls who are hungry for it. And I can’t say enough about the impact our two seniors have had on them.

“Looking back at this season, I hope that people know that this just wasn’t about basketball for us. It’s about using the game to teach young girls life skills so that when they leave our program, they’ve learned what they can to make sure they have the confidence and the strength to help them do whatever it is that they’re going to do in life.”