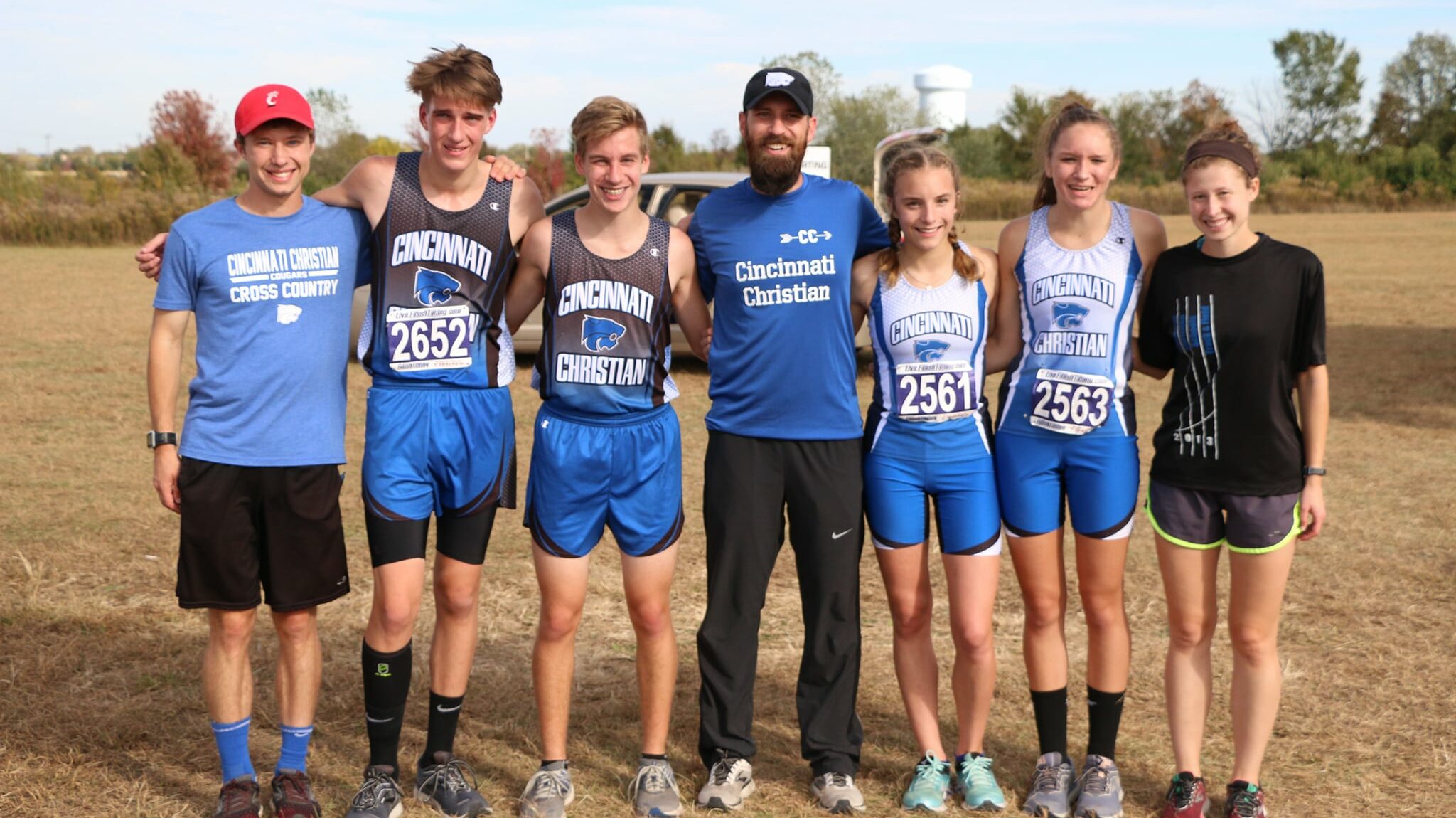 FAIRFIELD TWP. — Kevin Miller knew the talent was there from the start. Now the first-year Cincinnati Christian Schools cross country coach has seen it all come together.

A season of hardwork and dedication for the Cougars has resulted in four runners making a trip to this weekend’s Division III regional meet at Troy.

“We knew we had some good runners when I stepped in to take over the new head coach position and responsibilities of running the team,” Miller said. “There was a lot up in the air. But I knew that we could get some of our runners to where they needed to be. We’ve got some established runners.”

That qualified all four runners as individuals for the regional meet.

“Reasonable objectives heading into the season was that we thought we could take some runners to regionals,” Miller said. “We’ve been trying to get the kids to where they need to be, so that’s kind of been the journey.”

It’s been a ruffled ride for some runners.

“Ashley had a rough season last year and struggled to find her running rhythm,” Miller said. “She’s sort of making this a redemption story her senior season, and she is running her times. She’s back to loving the running and competing.”

Lunt is overcoming a hip fracture that she suffered at the beginning of the season. Her freshman year she overcame a knee injury to make it to regionals.

“We just need to get everybody healthy and have realistic expectations,” Miller said. “The process for me as a coach was how can I balance getting people back from injury and getting them running well while still giving the runners the miles who are healthy.

“We’ve had times where we were practicing in separate groups and working on solidifying our runners,” Miller added. “We spent most of the season split like that.”

Miller said he’s liking what he’s seeing from Bonn at this point.

“We call him the human metronome,” Miller said of Bonn. “We can give him a time span of ranging from this to that, and he would hit it right smack in the middle. He’s got this internal clock that’s pretty incredible. He loves to come out and run and be with his teammates.”

Hesselgesser is a hurdler turned cross country runner, according to Miller.

“He was one of those kids who basically said, ‘If you need someone to come out and run, I will,'” Miller said of Hesselgesser. “He’s cut a tremendous amount of time this season with it being his first time out. He’s got a great bond with Aidan, and they sort of compete with each other. It’s nice to see that sort of relationship with those two. They push each other, and it has definitely boosted their momentum heading into regionals.”

Miller, who was an assistant coach to Jesse Holthus prior to taking over the head coaching duties, praised his predecessor.

“It’s been a great transition, but I’m missing my friend,” Miller said of Holthus. “Jesse is usually messaging me before I even know how our runners finish during meets, ‘Such and such ran a great time.’

“He can do that again for four of our runners this weekend at regionals,” Miller added. “I won’t mind that at all.”