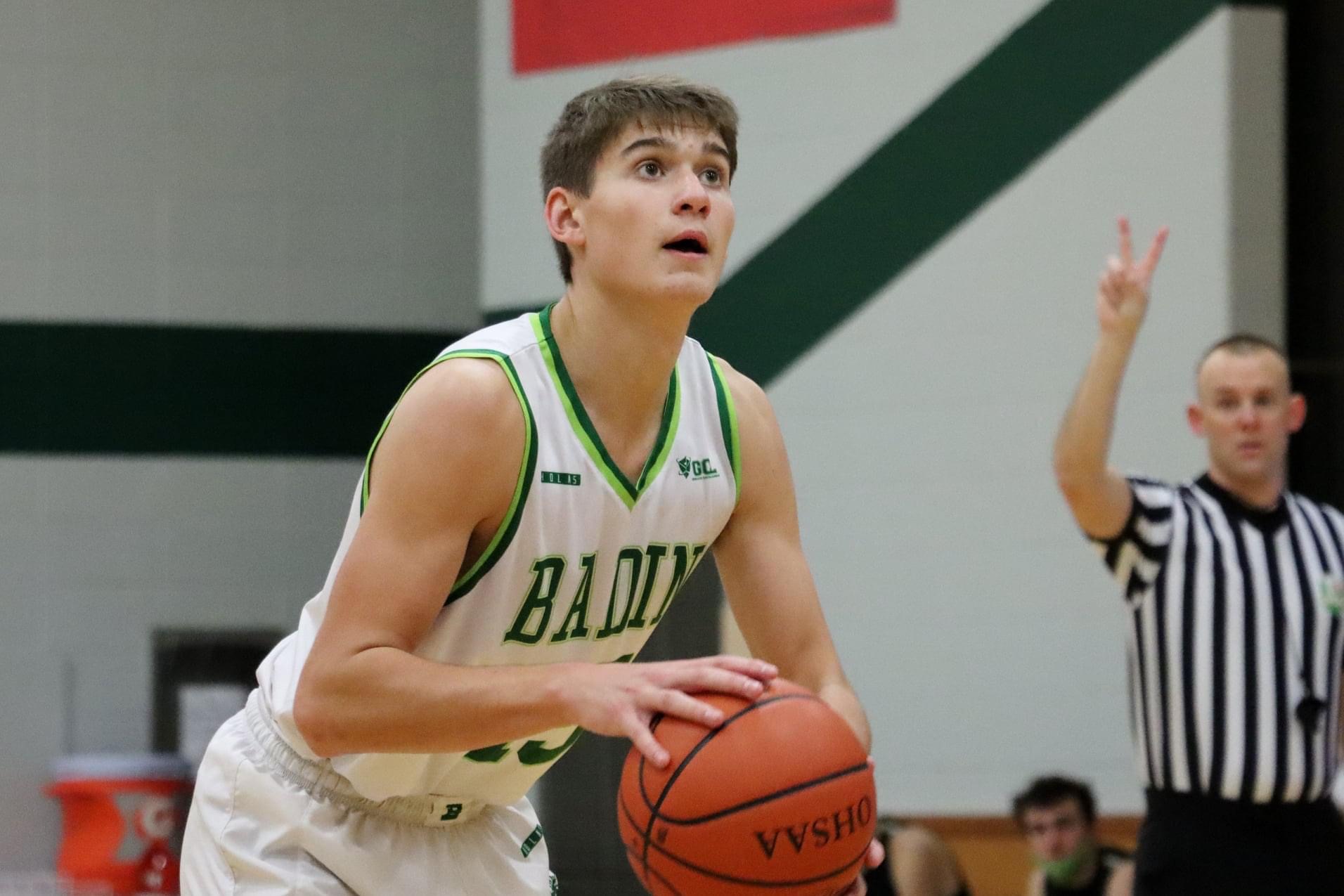 “This is great. We needed this one,” Badin coach Gerry Weisgerber said. “We’ve been playing our last three ball games that we lost in a row by 2, 3 and 6 (points). It was a matter of not finishing games in those three.”

Badin, led by junior forward Logan Neu’s eight first-quarter points, controlled the tempo with a couple of putbacks off the offensive glass.

“Rebounding is my specialty,” Neu said. “It’s always been since I was little.”

The 6-foot-3 Neu took advantage of the lack of height Purcell had in the front court which helped pace the Rams in the early going.

“Logan was definitely a difference for us early in the game,” Weisgerber said.

Neu and David Schweinefuss were a force to be reckoned with on the offensive glass as the Rams moved out to a 9-5 advantage with 4:58 to go in the first quarter.

In the last three and half minutes of the quarter, the Cavaliers gained some momentum by outscoring the Rams 8-5. Purcell Marian guard Andre Simmons led all scorers with 10 in the opening period. Badin had a slim 14-13 lead going into the second quarter.

Badin guards AJ Enginger and Ryan Kirkendall were huge in the second quarter for the Rams, as each contributed with 3-pointers while also giving their team second chances on the offensive glass.

Badin went on a 10-3 run the first five minutes of the second quarter for a 24-16 lead. Purcell’s Jayden Small got the Cavaliers to within five with the team’s first 3-pointer, and he followed that up with a reverse layup with 2:55 left in the half.

Simmons connected on a 3 from the top of the key to close the gap as Purcell was down 26-24 with 48 seconds showing on the first-half clock.

“It felt good to hit that,” Larkin said. “I missed my first three shots. I was good going into the second half to get my confidence going.”

Simmons led all scorers with 26 points for the game, and the 5-foot-8 guard continued to keep his team within arm’s reach of Badin by scoring 9 of Purcell’s 14 third-quarter points.

The Cavaliers relied on Simmons heavily as the team is without senior guards Dustin Davis and Jamari Boyd.

Purcell outscored Badin 14-11 in the third quarter and was only behind 42-38. Simmons got his team to within two after hitting both free throws when he was fouled by Kirkendall while driving to the basket.

But Larkin once again stepped up when the Rams needed him to. He hit a 3 to extend Badin’s lead to five. Larkin was the leading scorer for Badin with 16. Neu had 12, and Kirkendall chipped in with 10.

The Rams outscored the Cavaliers 10-3 down the stretch and held Simmons to just 2 points the final quarter.

Like many other teams this season, Purcell Marian’s campus was shut down for 36 days — causing a lack of conditioning for Cavalier coach Scott Kerr’s program.

“We’re in a tough situation where we obviously had two shut downs and to do that requires a level of conditioning,” Kerr said. “And we’re just not there yet.

Badin (6-6) gets back to action against Alter today (Saturday) at home, while Purcell (0-6) travels to McNicholas today as well.