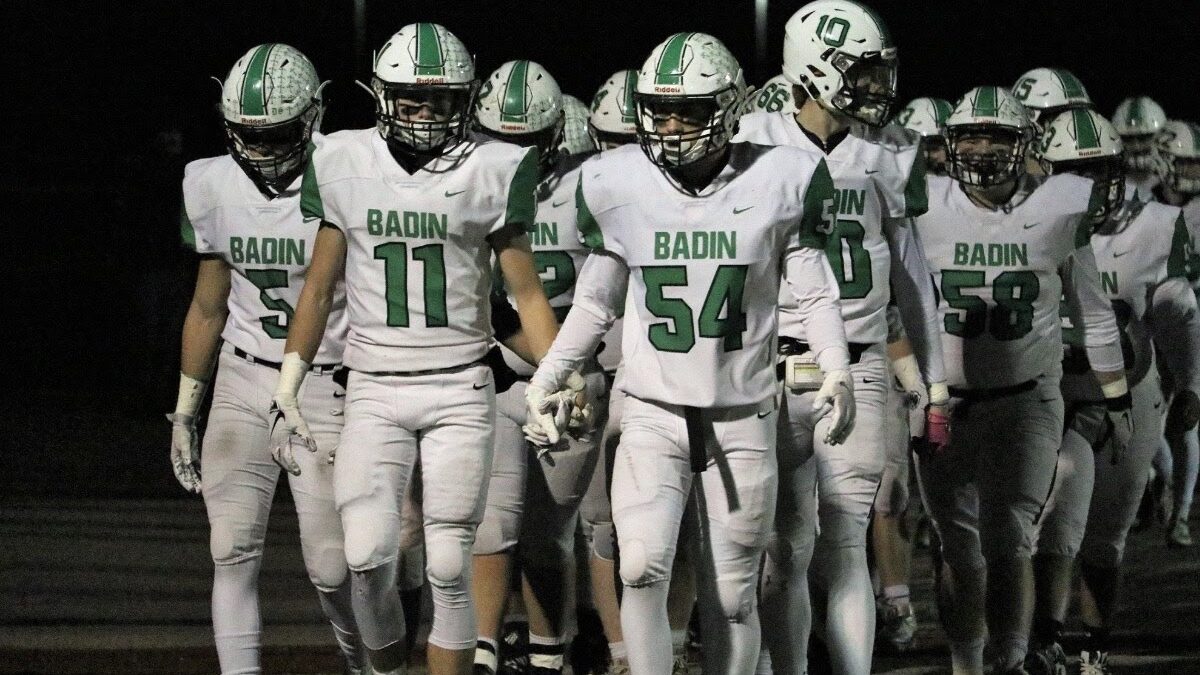 HAMILTON — Although the score may not have shown as dominating a performance as Week 6 against Alter, everyone at Monroe High School for the Week 12 rematch against the Knights saw the Rams winning in every facet of the game.

The Rams rolled with almost 100 more yards of offense than the Knights, which can largely be attributed to senior running back Alex DeLong, who ran for 239 yards that night.

“The offensive line did most of the work creating holes for me and when I saw a hole I ran through it,” DeLong said. “I had a couple broken tackles which also led to bigger gains.”

The defense showed out once again, forcing key turnovers that both led to touchdowns. The second game, early in the fourth quarter, a fumble recovery for a touchdown by David Schweinefuss, provided much needed insurance for the Rams.

The play was instigated by a strong pass rush from junior Jayden Carter, who said, “All I have to say is big time players make big time plays, and that boy David is a big time player. Everyone on the defense is a big threat, everyone’s working hard.”

However, the Rams’ Week 13 match-up could prove to be their toughest yet as they play perennial power Trotwood-Madison. Trotwood has won the regionals eight of the last ten years, including two state championships.

“They are a quick, big, aggressive team,” DeLong said about Trotwood. “It is going to come down to who has more heart and who is more willing to put themselves on the line for their team.”

“I don’t think there is much to change, we are on a 5-game winning streak heading into the game, with a head full of steam,” Carter said.

The Rams haven’t been in a regional final since 2013, when the entire current Badin roster was still in grade school. Nonetheless, the 2019 Badin Rams are excited for the opportunity.

The junior defensive end said, “I think it’s a great opportunity for us to show our improvement from 6 a.m. workouts to our first win in week three. And a win, well that would mean much more.”

“A win and a chance to play in a state game would mean a lot more than just a game for most of us,” Carter said. “It shows how much time we have put into it over the offseason, and how much we have improved since the 0-2 start.”

Side note, after the performance DeLong had against Alter, he is roughly 30 yards away from breaking Badin’s single season rushing record. The goal is very much attainable for the senior running back.

“It will be a cool thing to look back on when I am older if I can accomplish it, but right now it means nothing if we don’t beat Trotwood on Friday,” DeLong said.

Ryan Kirkendall is a junior at Badin High School and is part of the The Badin Banner staff.