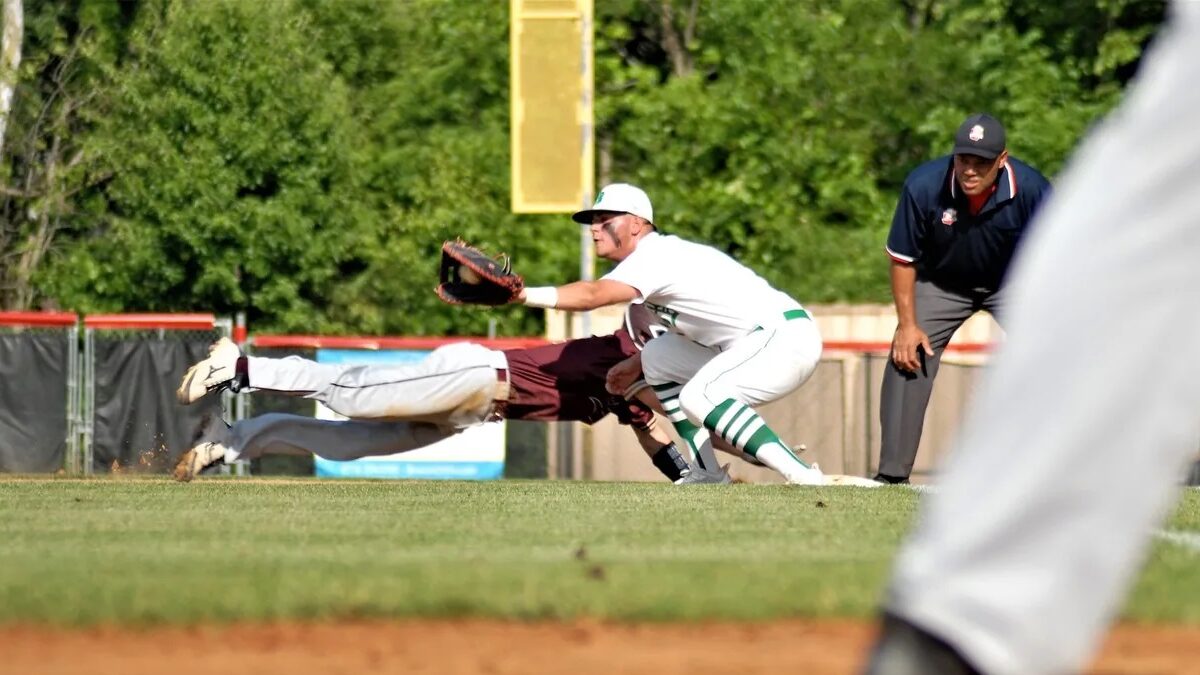 The Badin baseball coach and his players had just seen their season come to the screechiest of halts.

The Turpin Spartans used a lengthy delay late in the game — and a four-run seventh inning — to complete a 6-5 comeback victory over the Rams in a Division I district title contest on Friday.

The Rams, who brought with them a 20-game winning streak, finished the season at 27-3. Turpin advances to the regional semifinals, moving its record to 17-10.

“Any time you end the year with a loss, it’s hard,” Treadway said. “I really don’t care if it’s the first game of the tournament or the last, they’re all tough losses. You have so long to think about them.

“But today, that was rough. No doubt about it.”

Luke Tabler singled and was later brought home on a Ryan Kirkendall sac fly that put the Rams up 1-0 in the first inning.

Josh Hegemann walked and Tabler doubled to start the bottom of the third. Then A.J. Enginger reached on an error, scoring Hegemann. Kirkendall brought Tabler and Enginger across the plate with a double, giving Badin a 4-0 margin.

But it was in the top of the sixth when Boxrucker ran into some trouble. The junior right-hander retired the first two batters before plunking two and walking two, giving the Spartans their first run. Chase Hopewell relieved Boxrucker, only to walk a third batter, making it 4-2. Hegemann came in to close out the inning on the mound for the Rams.

“We were pretty dominant, up until we gave up too many walks,” Treadway said. “They came back to burn us.”

Dylan Ballauer singled in the bottom of the sixth inning before finding the plate on passed ball to re-up Badin’s lead to 5-2.

A 30-minute delay ensued just before the start of the seventh when the home plate umpire showed signs of heat fatigue.

When play started back up, Turpin’s Nick McLaughlin singled to start the top half of the seventh, just before Justin Silverstein crushed a two-run homer to bring it to within 5-4.

After Grady Stickney singled with two outs, Colin Bernard doubled him in, knotting it up at 5-all. Nick Kapostasy doubled Bernard across the plate the next at-bat to give the Spartans their first lead of the night.

A Tabler single and a stolen base was all the Rams would get in the bottom of the seventh.

“Our guys brought it every day, whether stuck inside for practice or if it was freezing outside or during a 20-game winning streak,” Treadway said. “They brought it, and they were humble. They were without a doubt an enjoyable group to coach.”

Cincinnati Christian 3, Tri-County North 1: The Cougars (17-5) move on to face Russia in a regional semifinal on Thursday at 2 p.m. at Wittenberg Carlton Davidson Stadium.