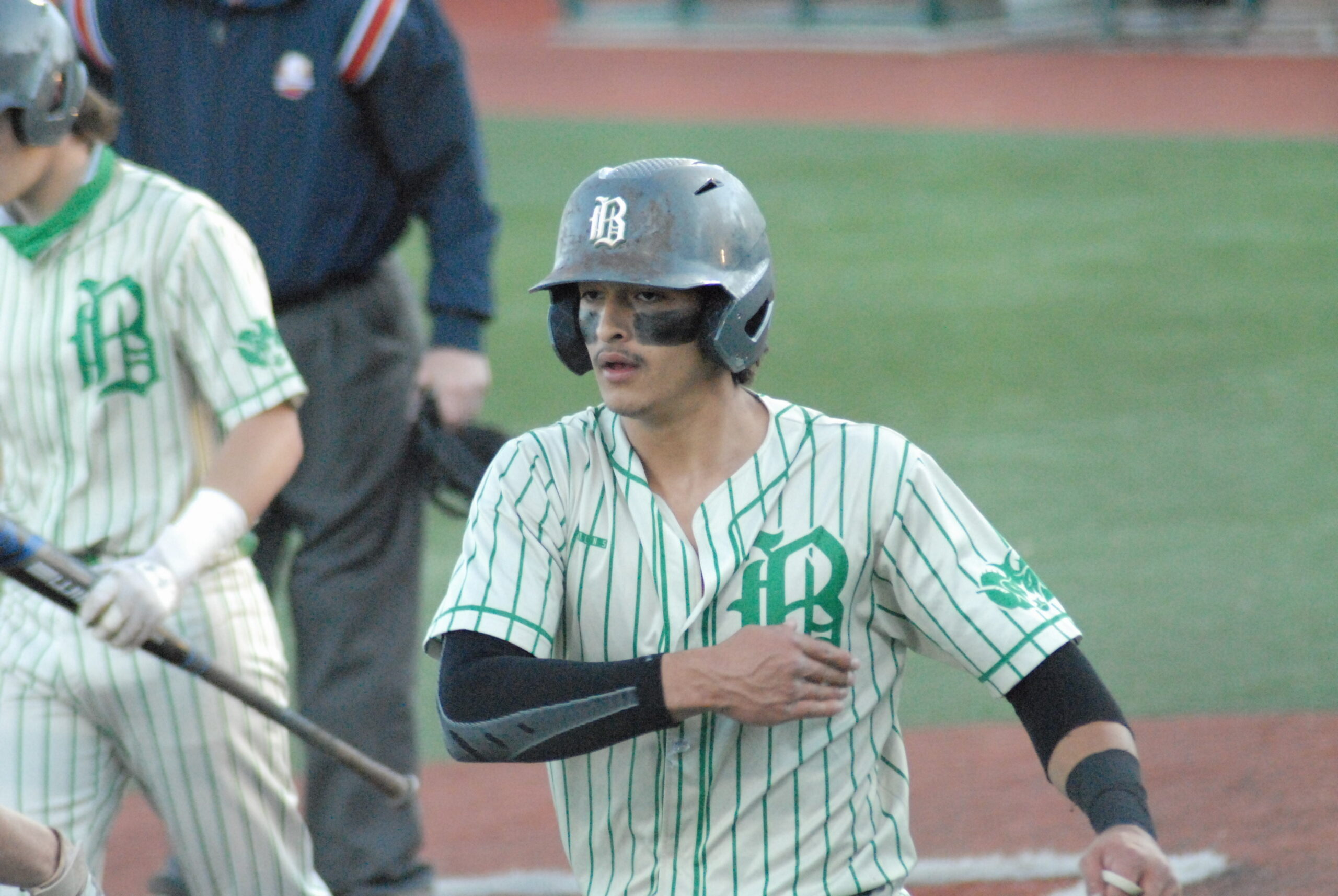 Badin High School’s AJ Enginger had the slightest clue as to how long Friday night’s baseball battle against Franklin lasted. Then again, he really didn’t care.

What the senior did care about was making sure the Rams got the job done.

“This game defined the type of team we are,” the infielder said. “We’re built around fighting to the last out — being gritty the whole time. That’s what we build our program around. We’re not going to quit. We’re going to keep coming at you.”

Withstanding some early punches from the Wildcats, the Rams charged back with offensive prowess to close out a 3-hour contest and a 13-8 victory in extra innings at Wright State’s Nischwitz Stadium.

“We eventually hit the ball well as the game went on,” Enginger said. “We knew we were going to break through at one point.”

The Greater Catholic League Co-ed leaders, indeed, have broken through. Badin has now won 12 straight, moving its record to 16-3 following a win against Colerain on Saturday at Miami University.

The Rams are dubbed the state’s No. 6 ranked program according to the first Division II coaches poll that was released last week.

“We just love what we do,” Enginger said. “We embrace the opportunity to play together every day and just wanting to be together. After we lost last year (to Covid), I think we’re just so happy and thankful to be playing with each other and do what we do.”

Badin reeled off four quick wins to start the campaign before losing three in a row to Greater Catholic League rivals LaSalle, Elder and Roger Bacon.

It’s been full steam ahead since.

There have been a host of Rams contributing to the cause — from team leaders to clutch performers.

“I just want to give a shoutout to my guy Kyle (Stevenson) coming off the bench, who hasn’t played all game and smacked a huge hit. That’s a sign of a guy who wants to lead his team to a victory,” Enginger said of the junior’s pinch-hit RBI single that gave the Rams the lead in extra innings against Franklin. “So I’m really proud of him, and I’m really proud of our guys for how we battled tonight. That’s what we build our confidence around. Typical game for us right there.”

Leading the way for the Rams on offense? Well, just about everyone.

”We’re all playing good ball right now,” Moore said. “We’re using a lot of confidence to get to where we are right now.”

“We’re just looking to continue to play the game the right way just like the guys in the past here at Badin have played,” DeCello said. “We just look forward to hopping out of bed and turning our swag on.”

On the mound? Seniors Ryan Kirkendall and Luke McLaughlin are both 4-0 with a combined 41 strikeouts. Sophomore Nik Copenhaver is 2-1 and leads the team with 41 strikeouts.

IT’S ALL ABOUT THE ‘ZAH’

DeCello said winning is the ultimate motivation for the Rams. But, there’s a little fun that goes along with it.

“It’s all about the zah, baby,” said DeCello, a senior catcher and fireball hurler. “I don’t know what it is. I really don’t even know how to describe it. We say it in the dugout to get everyone rowdy and up. It’s the energy, you can hear it right now.

“Everyone just feeds off each other,” DeCello added. “That’s what makes us the team we are.”

The Rams look to finish the final two weeks of the regular season in stride. They’ve got upcoming meetings against rivals Chaminade Julienne (twice), Ross and Hamilton. Badin also meets up against Division I Lakota West.

“We’ve got a lot a guys that have had very little varsity experience,” Treadway said. “They just had a slower time responding to the speed of the game. But our guys are working hard and they’re gelling together. They understand their roles. It’s just a lot of fun right now, and we’re wanting to continue to get better and better.”