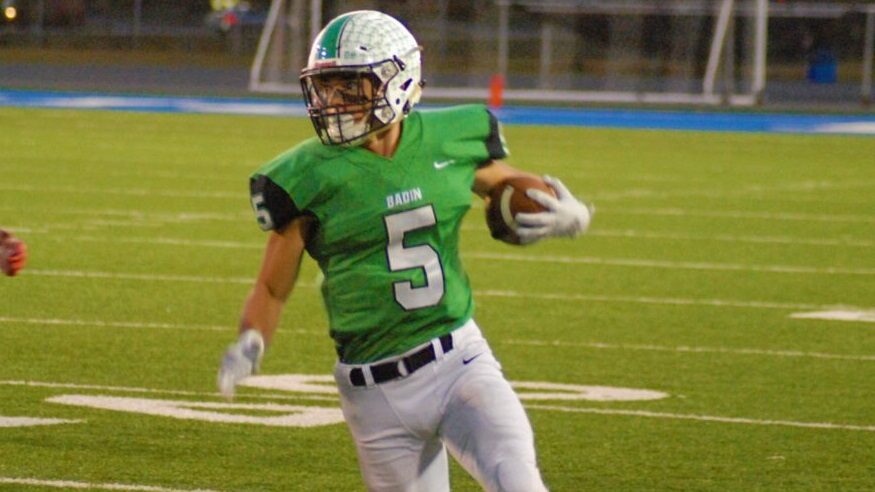 CINCINNATI — With a playoff berth already clinched, and despite a shaky start, the Badin High football team’s defense overwhelmed McNicholas on Friday night.

The Rams forced four turnovers that helped propel Badin to a 27-3 road win over the Rockets in a regular season finale.

Badin methodically moved the ball down the field, threatening to score on its first possession. Unfortunately for the Rams, the drive stalled. On fourth-and-2 at the McNicholas 26-yard line, Badin elected to go for it, handing the ball off to tailback Alex DeLong. DeLong was stopped in his tracks by McNick’s Austin Ramsey and Jack Dause, turning the ball over on downs.

The Rockets drove the length of the field all the way to Badin’s 9-yard line. Then on third down, quarterback Clay Badylak tried to find receiver Andrew Cox in the end-zone, but the play was well-defended by the Badin’s Marshall Flaig. McNicholas ended up settling for a field goal.

Once again, Badin moved the ball down into the Rockets territory, but this time quarterback Zach Switzer threw the ball too high on a play-action as a diving Caden Conrad picked it off at the McNick 41-yard line.

“I think we came out a little flat, got off to a kind of a slow start there,” Badin coach Nick Yordy said.

The Rams could not find their rhythm in the first quarter. It was the first time in three games that Badin would not score a point in the opening quarter.

The Rams got on the board in the second quarter with a DeLong a 4-yard touchdown run to take the lead 7-3.

DeLong later helped himself to an interception on a Badylak pass at Rockets 24-yard line. The turnover put the Rams in position for a potential touchdown, yet had to settle for a Michael Schweinefuss 22-yard field goal late in the second quarter.

McNicholas turned the ball over the next possession, this time Joshua Hegemann got in on the action stalling an otherwise impressive drive by the Rockets.

The Rams weren’t able to score on the ensuing drive. And Schweinefuss missed a 41-yard field goal that went wide left with 39 seconds left in the first half.

In the second half, the Rams didn’t allow McNicholas on their side of the field. Badin accounted for two more turnovers, including a fumble by Wyatt Gear who at the time had a decent return for 18-yards, running into a Badin defender. Badin’s Brady Imhoff recovered the ball at the Rockets’ 18-yard line.

On the first play of the drive, Switzer threw the ball right into the back of the end-zone only where Josh Hegemann could reach it for a 20-3 lead.

The Rams’ offense got the job done tonight, but it was the defense that made life easier to set up several scores during Friday’s win before beginning the playoffs.