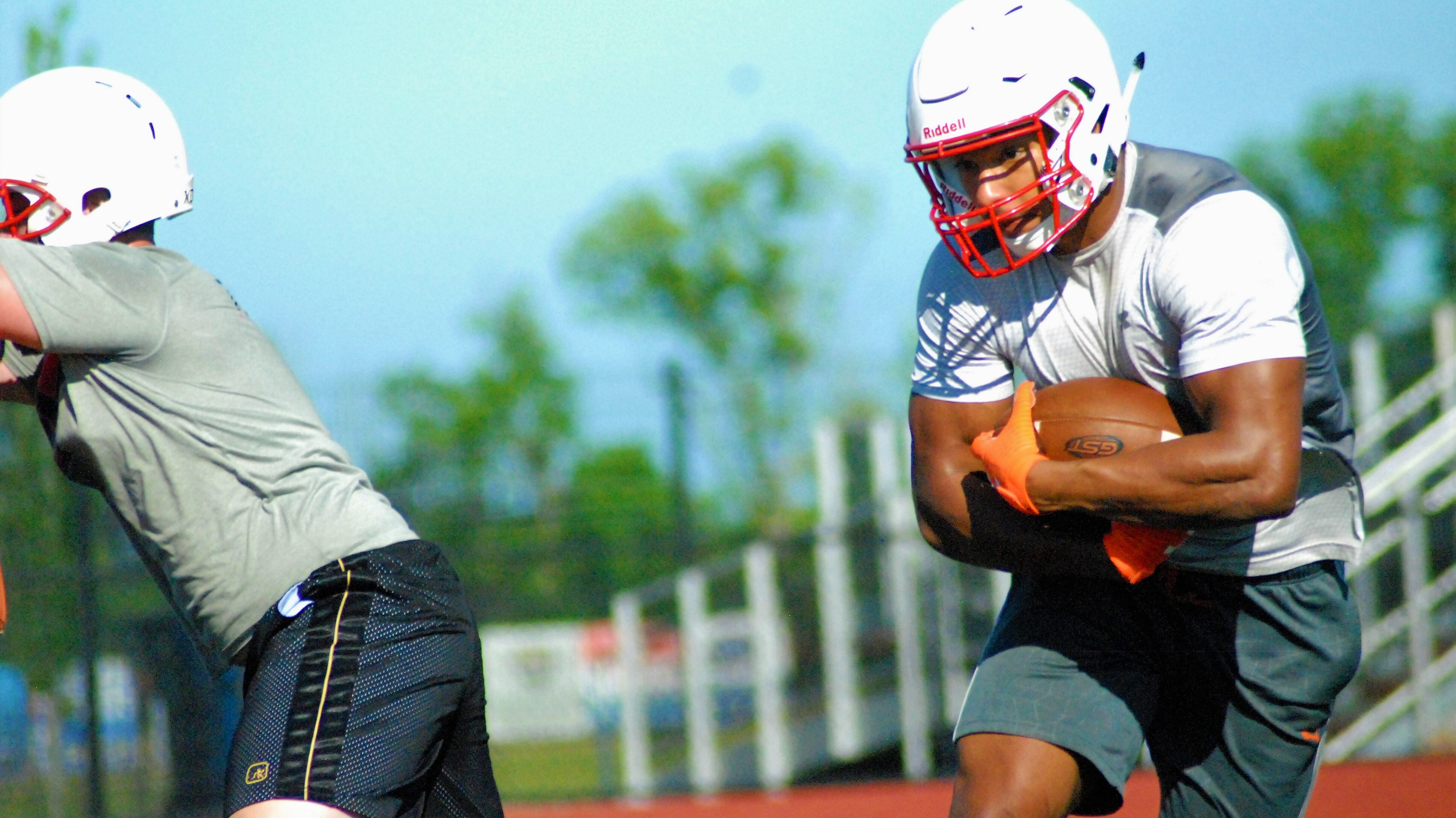 OXFORD — The Talawanda High football program has a new leader. And what came with him was an appetite.

“These kids are hungry,” said Brave coach Larry Cox, who took over the program during the offseason. “There’s a core group that has been so religious with working out and trying to prepare to get things at the next level — to take a step up.”

Talawanda hasn’t made the playoffs since 2014, when it lost to Wapakoneta finishing at 7-4.

“We’ve got the core group,” Cox added. “We just need to get the outliers on the bus. Once we get that going, then success is a matter of time.”

“It’s fun. This is fun,” Cox added. “I don’t know who’s more excited, the kids or me. It’s good to be around kids. It keeps you young. It’s been really, really enjoyable to watch them.”

“We’ve got the core group. We just need to get the outliers on the bus. Once we get that going, then success is a matter of time.” – Larry Cox, Talawanda High Football Coach

“Everyone’s very excited. This is a totally different team,” Norris said. “We’re an angry team. We feel like we’ve been overlooked, and we’re excited to go.

“There’s nothing else on our mind other than a Southwest Ohio Conference championship,” Norris added. “I know that some guys will look at me and huff at me and say ‘you’re crazy.’ There’s a swagger with this team that nobody has seen yet. I can’t sit here and lie and say that a SWOC championship isn’t the goal, because we’re going to surprise a lot of people.

“Like I said, we’re angry. And Coach Cox has shown us that this team can win.”

Talawanda kicks off the season at Preble Shawnee on Aug. 30.

“We’re just tired of being overlooked,” Norris said. “We’ve got this mantra about us that will prove a lot of people wrong.”