Deprecated: Array and string offset access syntax with curly braces is deprecated in /var/www/wp-content/plugins/gravityforms/common.php on line 4181

Deprecated: The behavior of unparenthesized expressions containing both '.' and '+'/'-' will change in PHP 8: '+'/'-' will take a higher precedence in /var/www/wp-content/plugins/poll-wp/Includes/Total-Soft-Poll-Widget.php on line 1980
 PREVIEW: Middies off to 1-0 start in 2022   – Butler County High School Sports Report 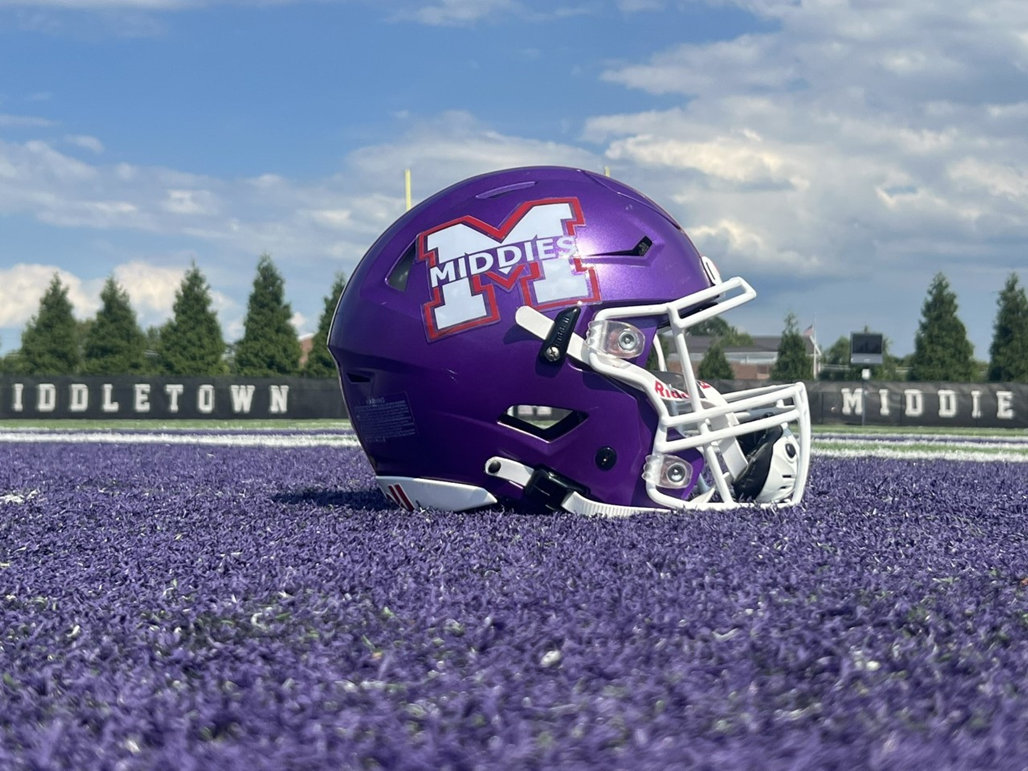 MIDDLETOWN — The Middletown High School football team is off to a start it’s been eyeing for quite some time.

“This team is our first team that is senior-led since Covid,” Middletown fifth-year coach Don Simpson said. “We basically had to wipe the slate clean. We had to play a lot of young guys last year. We return a strong senior class.”

“In our league, when you say that we’re returning seven on defense, that’s a plus for us,” Simpson said. “That’s what we need is leadership on the field.”

Here are some players, according to The Report, to keep an eye on:

Majaden Lewis, Sr, DL – One of the best players you don’t know about. The 6-foot-4, 250-pound Lewis tallied 63 total tackles and two-and-a-half sacks as a junior to earn Second Team All-GMC honors.

Ronan Cassanova, Sr, LB – The heart-and-soul of the Middies defense. Cassanova was a Second Team All-GMC selection as a junior after recording 63 total tackles, one-and-a-half sacks, one forced fumble and an interception.

James Franklin, Jr, WR – Broke out the last half of 2021 with 10 receptions for 310 yards and all four of his touchdowns catches over the Middies last five tilts. He was named Second Team All-GMC for his efforts.

Lemond Chambers Jr., Sr, RB – A two-way workhorse in 2021. Chambers, Jr. has the tools to become a 1,000-yard rusher this fall. He has 305 yards rushing, two scores on the ground, 87 total tackles, two sacks, two forced fumbles and one fumble recovery in his career. Chambers, Jr. has an offer from Findlay.

Kellen Davis, Sr, QB – A load to bring down at 6-foot-3 and 230-pounds. As Davis goes, so goes the Middletown offense. He has thrown for 1,715 yards with 13 touchdown passes and three rushing scores in his career.

Brock Sorrell, Sr, OL – Will be called upon to provide leadership on the o-line. A healthy Sorrell is going to be a huge asset up front.

Demarco Powell, Sr, WR – The top receiving target for Davis who is ready to be a difference maker as a senior. Powell had 18 receptions for 324 yards and two touchdowns in 2021.

Trevon Bryant, Sr, DB – The leader of the secondary, Bryant was in on 17 total tackles and had a fumble recovery as a junior.

Christian Printup, Sr, DL – Will team with Lewis to form a stout Middies d-line. Printup tallied 39 total tackles with a sack and a forced fumble a year ago.

AJ King, Jr, K – The transfer from Hillard Darby has already established himself at the varsity level. King brings stability to the Middies kicking game.

“We’ve got a lot of experience,” Simpson said. “So we have to build off of games.”

*TriStateFootball.com contributed to this story.