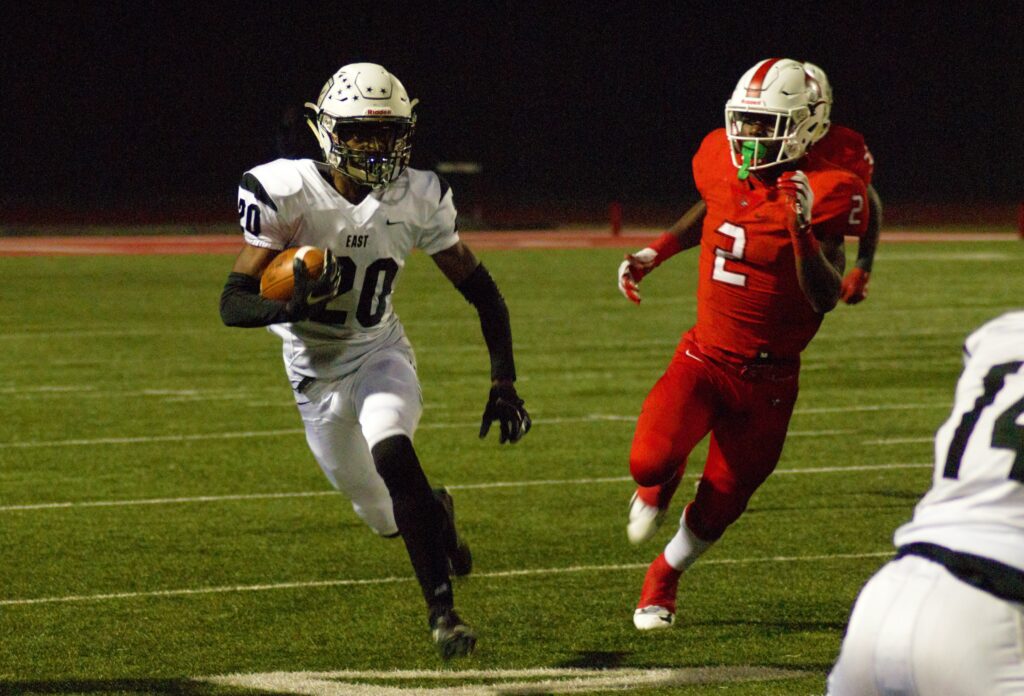 LIBERTY TWP. — Lakota East High football coach Rick Haynes coined the obscure preseason to be a successful one in terms of his Thunderhawks putting in the work.

“Now, it’s time to see where that hard work will take us,” Haynes said.

“I really like our work ethic through this ordeal (pandemic) though,” added Haynes, who is entering his 11th season at the East helm. “We’re excited to be where we are at the moment, and our kids have done a great job of getting prepared.”

The Thunderhawks, who last year finished 5-5 overall and 4-4 in the Greater Miami Conference, barely missed out on reaching the playoffs. But, plenty of experience is making a return this year for the squad from Liberty Township.

“All of our skill guys are back,” Haynes said. “Quarterback’s back, the fullback’s back, both running backs and all three wide receivers. We’re excited. Our kids have done a great job of getting prepared.”

TJ Kathman — The junior quarterback will make a return after being injured in 2019.

Josh Thornhill — The speedy senior running back will be seeing some action on the other side of the ball in the defensive backfield, according to Haynes. Thornhill ran for 635 yards and four scores in 2019.

Jordell Smith — The senior is slated to play running back and defensive end.

Tavier Lugo-Flowers — The junior will play running back and linebacker this season. Lugo-Flowers rushed for 595 yards and five scores as a sophomore.

Caleb VanHooser — The junior will be playing some corner on the defensive side of the ball.

Justin Katona — This will be the senior’s third year starting at inside linebacker.

“The GMC just seems like it gets better and better every year,” Haynes said. “Obviously the league is getting better because there are good coaches. And when you have good coaches, you tend to have well-prepared teams and players.”

“Every year is different because you have a group going out and then a new group coming in,” Haynes said. “You just hope to get that combination of guys going at the right time. Athletically, we have a good junior class. But it goes in cycles.”

“We’ve got an entirely new front five on offense,” Haynes said. “We also have a brand new front three on defense, too. Our guys are getting better each week, and hopefully they will be prepared.”