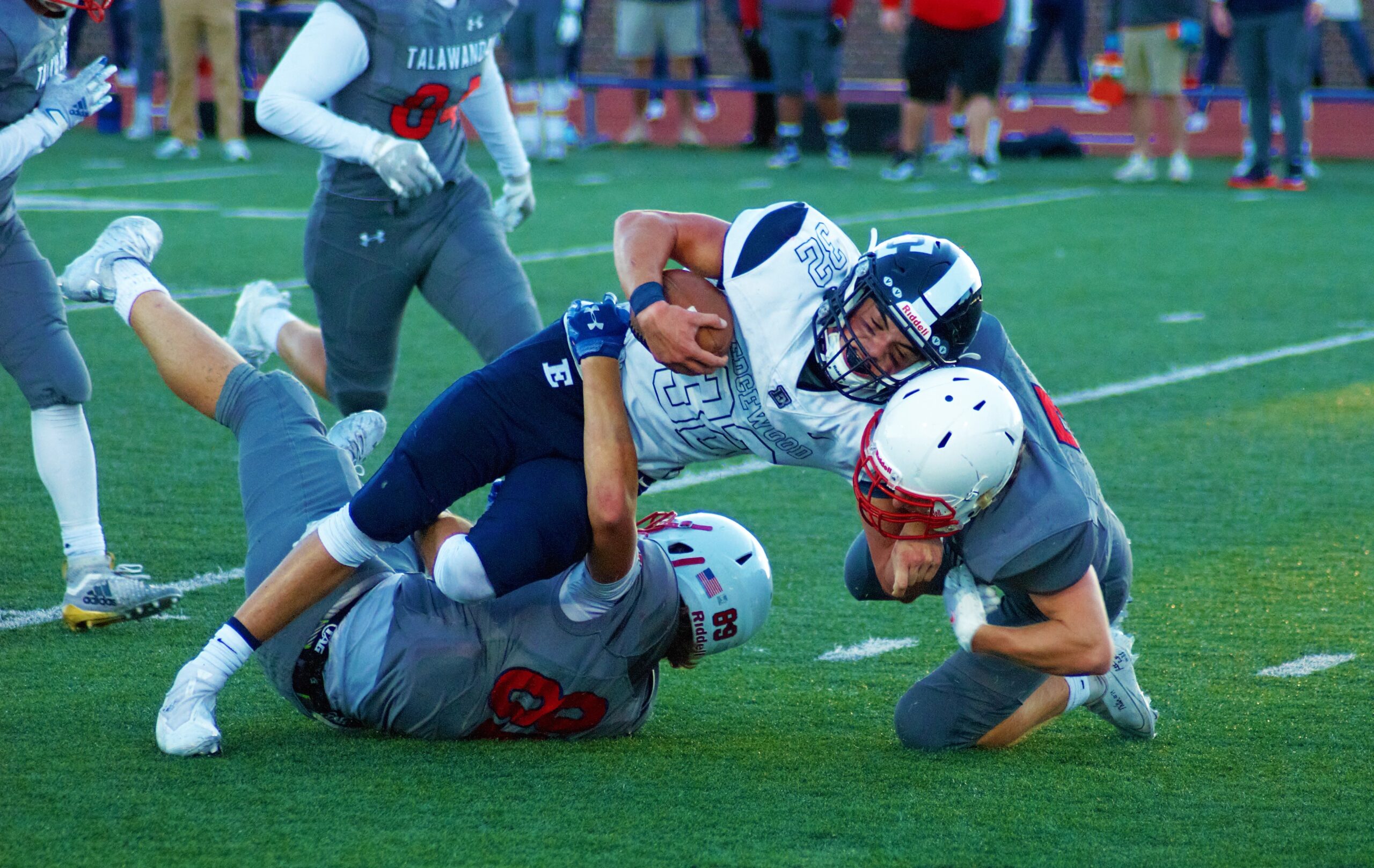 ST. CLAIR TWP. — The Edgewood High football team is coming into Friday night’s contest against Winton Woods with a little extra time to maul some things over.

The Cougars (5-3) were slated to face Troy last week, but the Trojans had a bout with Covid-19 within the team and had to forfeit. The Cougars had the additional week to prep, unlike the Warriors — who came off their 28-13 victory over Xenia last Friday.

But Edgewood has one thing on its mind at this point: knocking off No. 1 seed Winton Woods (7-0).

This is a rematch between these two, as they squared off in Week 1 of the regular season. The Warriors blanked the Cougars 34-0 in a five-turnover game.

Cougars coach Scott Clemmons and company will need to have help from an offensive line that had a tremendous game in Edgewood’s first playoff game against Columbus West — when the Cougars racked up 62 points.

Winton Woods senior Andrew Booker leads the way on defense for the Warriors with 3 sacks, a fumble recovery and a forced fumble. Junior Seven Blue had a career game last week against Xenia with 3 sacks, which sparked the Warriors’ defense into only allowing 13 points.

Another big weapon to watch is junior running back Tyrek Spikes, who has 732 yds and 11 touchdowns on the season and is a catalyst behind the Warriors’ offensive scheme.

Round 2 between the Warriors and the Cougars is slated for a 7 p.m. kickoff at Winton Woods. The winner faces either No. 4 Kings or No. 5 Turpin.