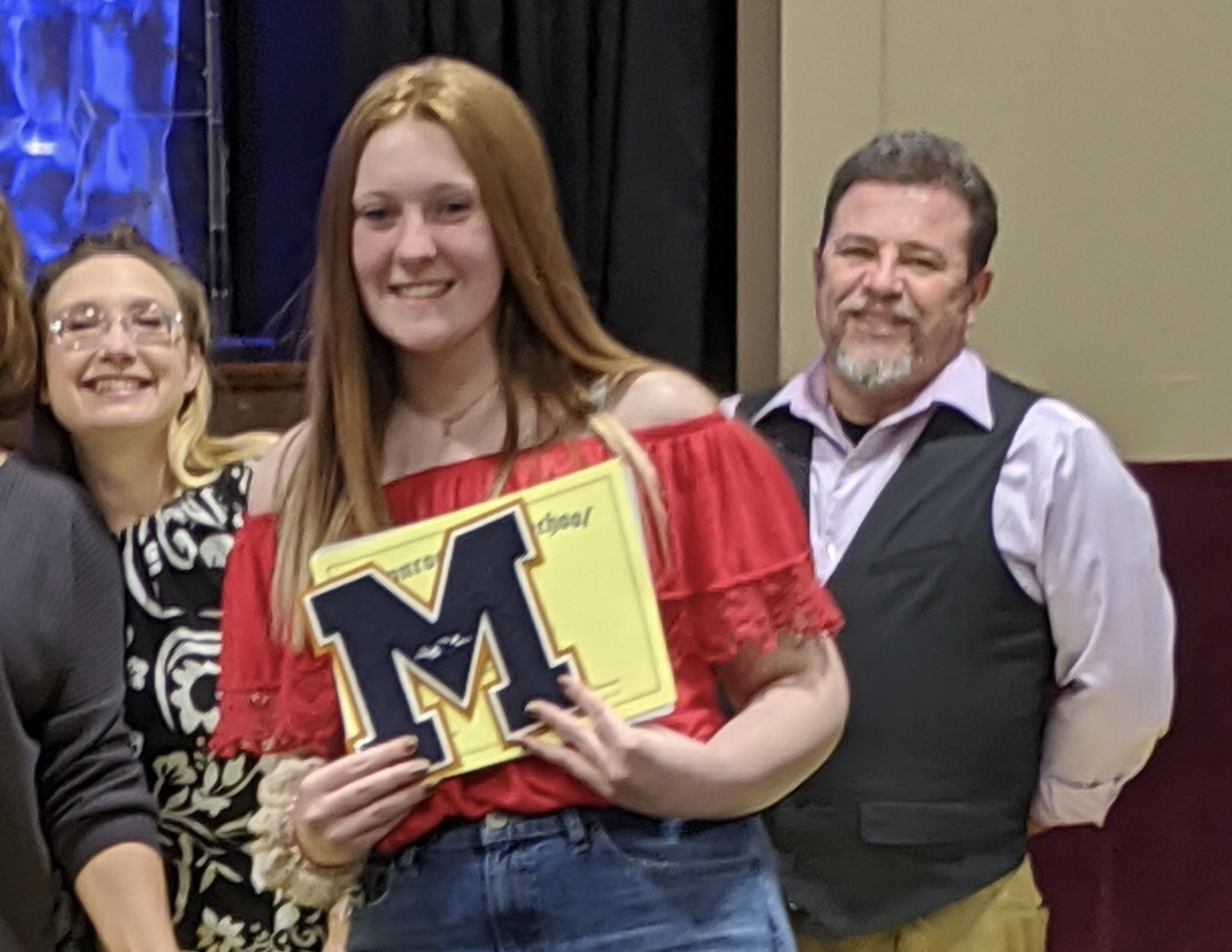 MONROE — Monroe High School freshman swimmer MaKenna Miracle didn’t think twice about it prior to her Centerville Division I sectional 200 freestyle swim back on Feb. 8.

There wasn’t a single ounce of hesitation.

“I really don’t even know what they were swimming before our race, but I believe it was the 200 freestyle as well, but for Division II,” Miracle said. “The swimmer before me stepped up on the block, she went to put her cap on, and then I saw it happen.”

Tippecanoe freshman Abigail Haas had her goggles snap just before the start of her 200 free swim.

And, with a quick and unselfish move, that’s when Miracle took her goggles off and handed them over.

“Her friend was next to her, but her friend didn’t have any goggles in her hand,” Miracle recollected. “So I just went ahead and handed her my goggles. She got on the block and she swam.

“I think she came in second or third,” Miracle added.

Haas, who would have been disqualified for not having proper equipment and being ready on the block, indeed went on to finish third place that race.

“Goggles breaking, that just doesn’t happen as often as some might think,” Tippecanoe coach Karl Stanberry said. “What I think is unique to swimming is the amount of sportsmanship that isn’t forced between kids by their coaches. Obviously, in a time of great need, Abigail had no options. It was swim without goggles, as her mom ran over to us coaches in a panic.

“For a swimmer who, first off, she did not know and, secondly, was getting into her own mental focus to give up her goggles — that was pretty neat,” Stanberry added. “Behind the table on the other end of the pool, you kind of shrug and say ‘Crap, this isn’t going to go well now.’”

Stanberry credited Monroe for how it prepares its student-athletes.

“I also think that just shows the quality of Monroe athletics,” Stanberry continued. “I have been at Tipp for 7 years of athletics, and Monroe is a school who for a while has been visiting Tipp as a postseason participant in various sports. Watching how they handle things, you can see that it’s not just a single team, but a community’s character. I think that is what stands out the most to me.”

Monroe coach Shannon Johnson said she hopes Miracle’s kind deed is an example of her team’s reputation and image.

“This makes you proud as a coach. It gives you great pride,” said Johnson, who finished up her fifth season at the helm. “One of the things that I stress with the team is that it’s not just about the wins. We do stress about good sportsmanship. We do talk about that at the end of the race, you just don’t jump out of the pool. You wait until the last person touches the wall and congratualte the person to the left and to your right. The team does that. I’m very proud to say that they do that.

“MaKenna is one of them who does that.”

Asked what it was like to see an opposing student-athlete provide such an act of kindness on a large stage, Stanberry said, “The refreshing piece to me is that Miracle didn’t hesitate to do be that selfless. It was almost like an ‘I’ve been there before moment’ for her. So it was pretty cool for that to happen the way it did.”

MaKenna’s parents, Jon and Traci, said they were overwhelmed with pride, knowing their daughter put herself aside in that kind of a situation.

“We’ve raised her that way, and this makes you feel accomplished as a parent,” Jon Miracle said. “You only hope that continues throughout her life and that she can go on to do great things. There is kindness in this world, even during these times. A parent can’t be any prouder.”

Added MaKenna Miracle, “I’m so glad that I can share a moment where it’s not just about winning or losing in sports. There’s always room for more sportsmanship these days. This situation is more about how I’ve been raised. My parents always taught me to give to people, rather than to get and expect things.

“Especially with what’s going on today, I hope people can take my kindness and pay it forward in the future.”