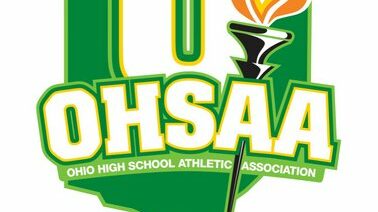 COLUMBUS — Based on action taken by the Ohio High School Athletic Association (OHSAA) Board of Directors during a special conference call meeting on December 9, 2019, OHSAA non-public schools will now have another option available to select their “designated” feeder schools for Competitive Balance rostering purposes.  The new option – specific to the Tier 1 factor in Competitive Balance – will permit non-public schools to utilize all elementary schools of the same system of education that are physically located within a 12.5-mile radius of the high school as designated feeder schools.

Creation of this second option for the selection of designated feeder schools also resulted in resolution of an ongoing dispute between the OHSAA and the Greater Catholic League (GCL) Co-Ed Division in southwest Ohio.

Feeder schools must still be within the same system of education as the high school to be considered a feeder school. Non-public schools may elect to choose this new option immediately, meaning it can be utilized for 2019-20 roster data submitted that will be used for the 2020-21 school year beginning with the fall sports of football, soccer and volleyball.

The initial option for selecting designated feeder schools for non-public schools, which is still available, is choosing a public school district (or public school attendance zone for multiple high school public districts) in which a school’s designated feeder school(s) are physically located, so long as the feeder school(s) is the same system of education as the high school. This option has been in place since the inception of Competitive Balance, which was first approved by member schools in 2014. However, after considerable discussion and analysis, the Board believed that making this second option available to OHSAA non-public schools promoted fairness, which is at the heart of Competitive Balance.

“From the start of Competitive Balance, it has always been said there would be tweaks along the way, and this new option, which will be implemented in the fall of 2020, is an example of that,” said OHSAA Executive Director Jerry Snodgrass. “As most within the membership are aware, discussion has been ongoing for well over a year with administrators from the Greater Catholic League Co-Ed Division to determine whether any new options should be considered for selecting designated feeder schools. While the OHSAA feels strongly that there are better processes in place to voice concerns and bring about change within our framework than what was followed by the GCL Co-Ed in this instance, ultimately we recognize that the goal for Competitive Balance has always been to make it fair and equitable for all schools and to level the playing field. We believe this new option does that and promotes the fairness considerations surrounding Competitive Balance.”

“We are thankful that the OHSAA was willing to hear our concerns and collaborate with us on an agreement that represents a significant step towards true competitive balance,” said Matthew Sableski, principal at Dayton Carroll High School, which along with Cincinnati Archbishop McNicholas, Cincinnati Purcell Marian, Dayton Chaminade-Julienne Catholic, Franklin Bishop Fenwick, Hamilton Badin, Kettering Archbishop Alter and St. Bernard Roger Bacon high schools, comprise the GCL Co-Ed Division. “The 12.5-mile radius option addresses our concerns under Tier 1 and is available for the GCL Co-Ed schools and all other non-public high schools starting with the 2020-21 school year. We are excited to work with the OHSAA to promote our students’ best interests in the classroom and on the playing field. I am also grateful that the OHSAA asked me to participate as a member of the Competitive Balance Committee, where I look forward to representing the interests of non-public schools in that capacity moving forward.”