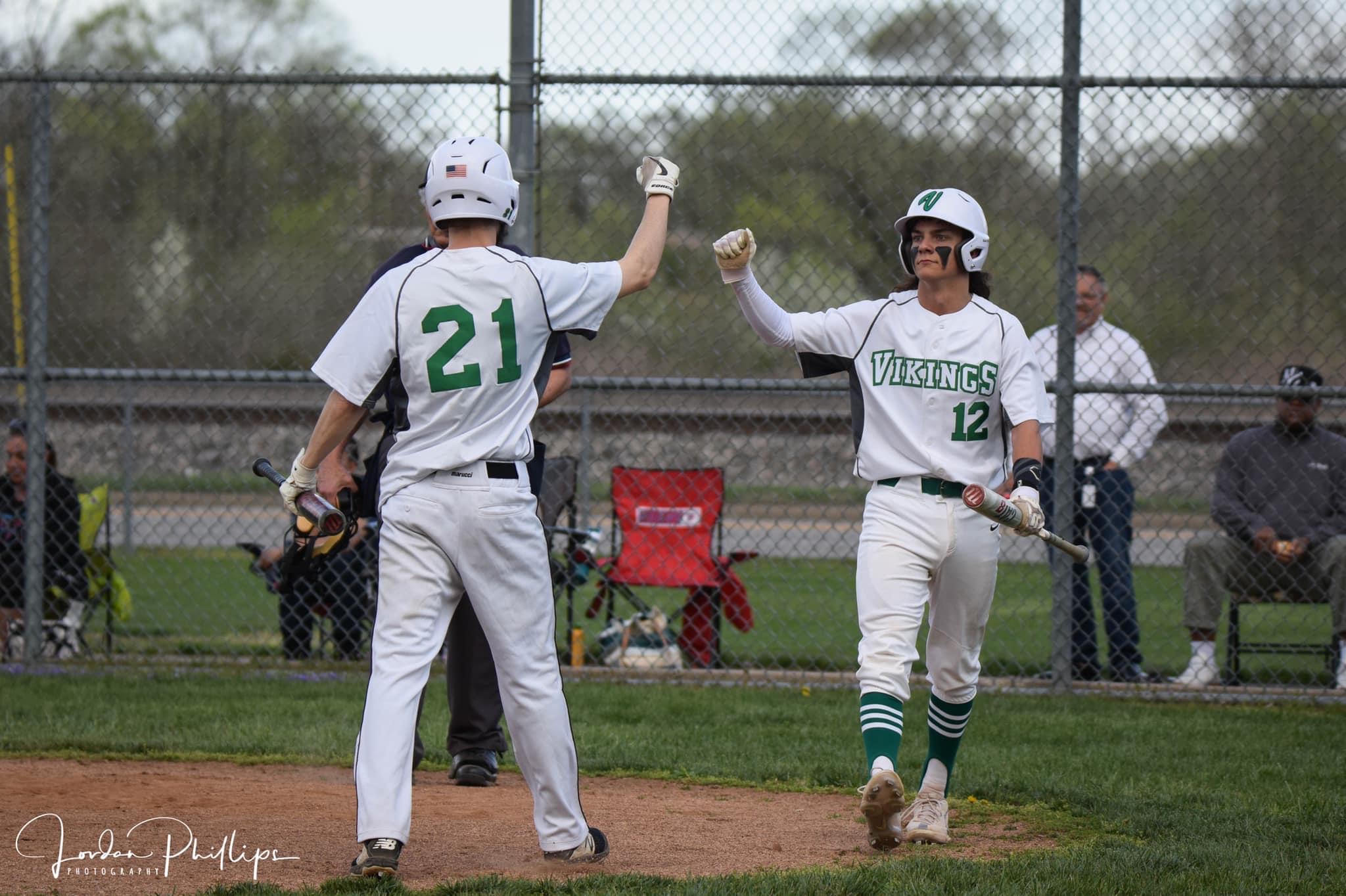 NEW MIAMI — New Miami High School baseball coach Donnie Howard didn’t have much to say on Friday. His Vikings were the ones doing all the chatter.

Andrew Rapier had a solid outing on the mound, and New Miami got enough firepower offensively to come out with a 6-3 victory in a rain-shortened contest against visiting Seven Hills.

“This was the loudest we’ve ever been. It was a pretty big surprise to me,” Howard said. “We really haven’t had much to cheer about to be honest with you. But today, today was a good day.”

New Miami, which currently sits at 5-7 overall and 4-2 in the Miami Valley Conference, heads into the regular-season homestretch with the biggest boost of momentum its seen all season.

“It’s been a little up and down,” said Rapier, a junior, who picked up his second win of the season on the mound. “But today we came out and showed what we can do as a team and when we play together. It hasn’t been the best season so far, but when we play together as a team, we are pretty hard to stop.

“I’m glad I get to come out here with these guys and play some baseball,” Rapier added. “We just want to be better every day. Get better and work together — that’s our focus.”

“It’s been a good season. It’s nice to be able to play with these guys,” Robinette said. “I feel like we’ve left some games out there on the field, but it was a good win (against Seven Hills). Glad we actually pulled it out. Everything was clicking today for the first time this season, and it felt good.”

Jones has three of the Vikings’ wins on the mound with 33 strike outs. Rapier has the other two wins on the hill.

“It has been kind of bumpy,” Jones said. “But we’re starting to get it all together and figure it all out. Today, when the other team got loud, we just wanted to get louder. It was just a ton of energy that helped us rally and we want to keep it up heading into the tournament coming up.”

“He’s stepped up and done a great job for us back there,” Howard said. “And that’s all you can ask for in a younger guy like him.”

Sophomore Bo McGraw has played in all 12 games for New Miami and has nine hits with seven runs scored.

“Really the season has been us basically kicking the ball around,” Howard said. “We at least have or eight errors (a game). Today we had one error. If you name it, we did it. But today was a different ball game for us. We did the right things today to be a successful team.”

“This is the best game we’ve played all year,” Howard said. “We didn’t hit the ball as well as we should have. But hats off the Seven Hills. They’re a good ball club.”

“The next play,” Howard noted regarding the team’s motto and focus. “Get that next out and move on. You can’t do anything about what happened the play before. So you have to make sure you get focused for the next opportunity.”

The Vikings finish off the season with three road games, Miami Valley Christian Academy up first on Monday, May 10 at 5 p.m.