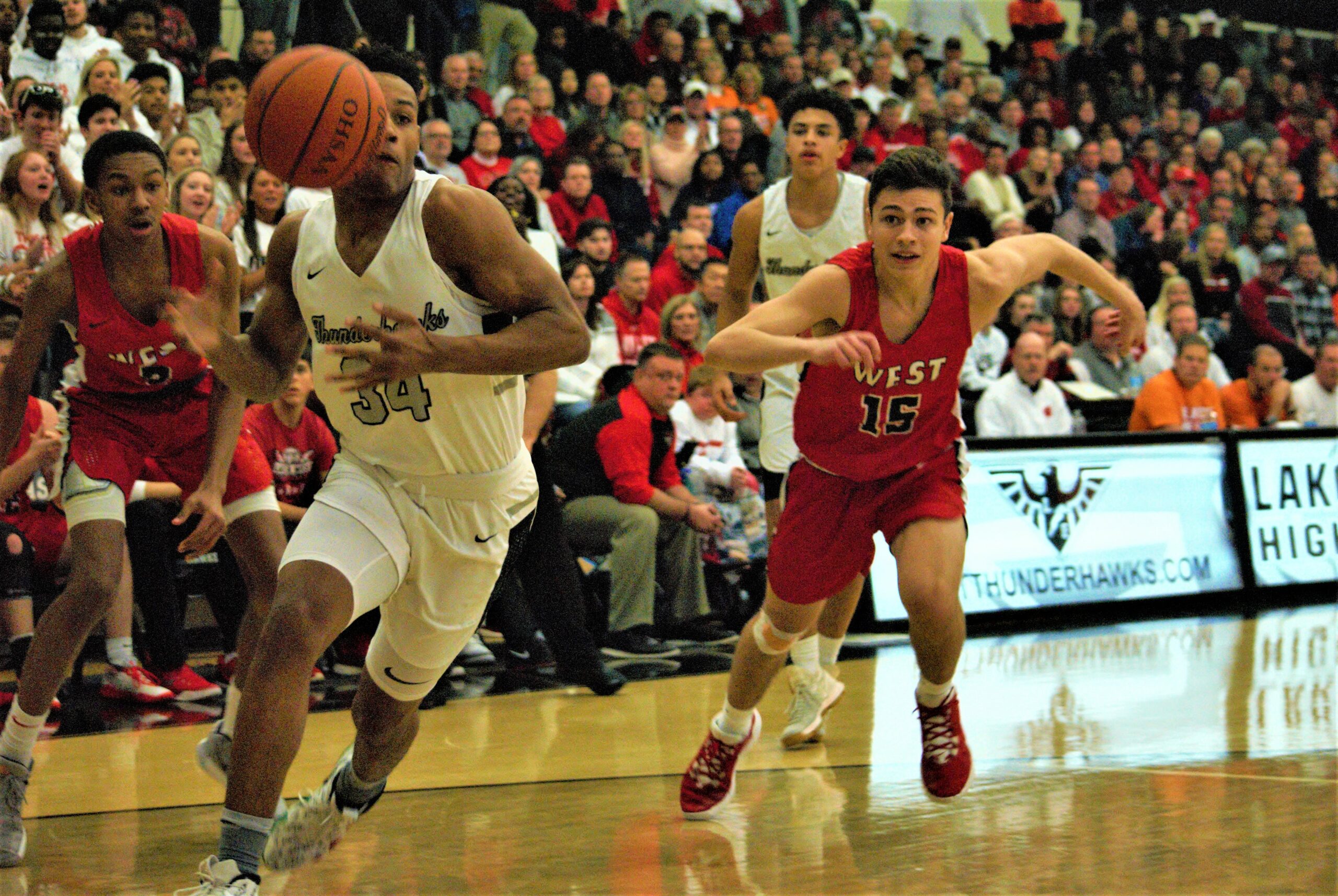 “I was wondering when it was going to come,” said Johnson, who slammed home a breakaway dunk with 5 minutes left to play sending a home crowd in an uproar.

Johnson scored a game-high 15 points and pulled down nine rebounds, and the Lakota East Thunderhawks outmatched the crosstown rival Firebirds 62-42 in front of a packed house at the Hawks Nest.

Lakota East is 12-2 overall and 8-1 in the Greater Miami Conference, while Lakota West slipped to 6-8 overall and 4-5 GMC.

Alex Mangold finished with 13 points and grabbed eight rebounds for Lakota East, which also got help on the offensive end from Kaden Fuhrmann (13 points) and Jadon Coles (12 points).

“It’s nice to be able to have multiple guys step up,” Thunderhawks coach Clint Adkins said. “That’s a sign of a good ball team.”

Lakota East ran out to a 15-10 lead after the first quarter, and the Thunderhawks didn’t show any signs of slowing down.

Lakota East used a 25-7 third quarter to pull away for good.

The Thunderhawks, who have won 5 out of their last 6, travel to Mason next Friday.

The Firebirds, who have lost 6 in a row, head to Dixie Heights on Wednesday.