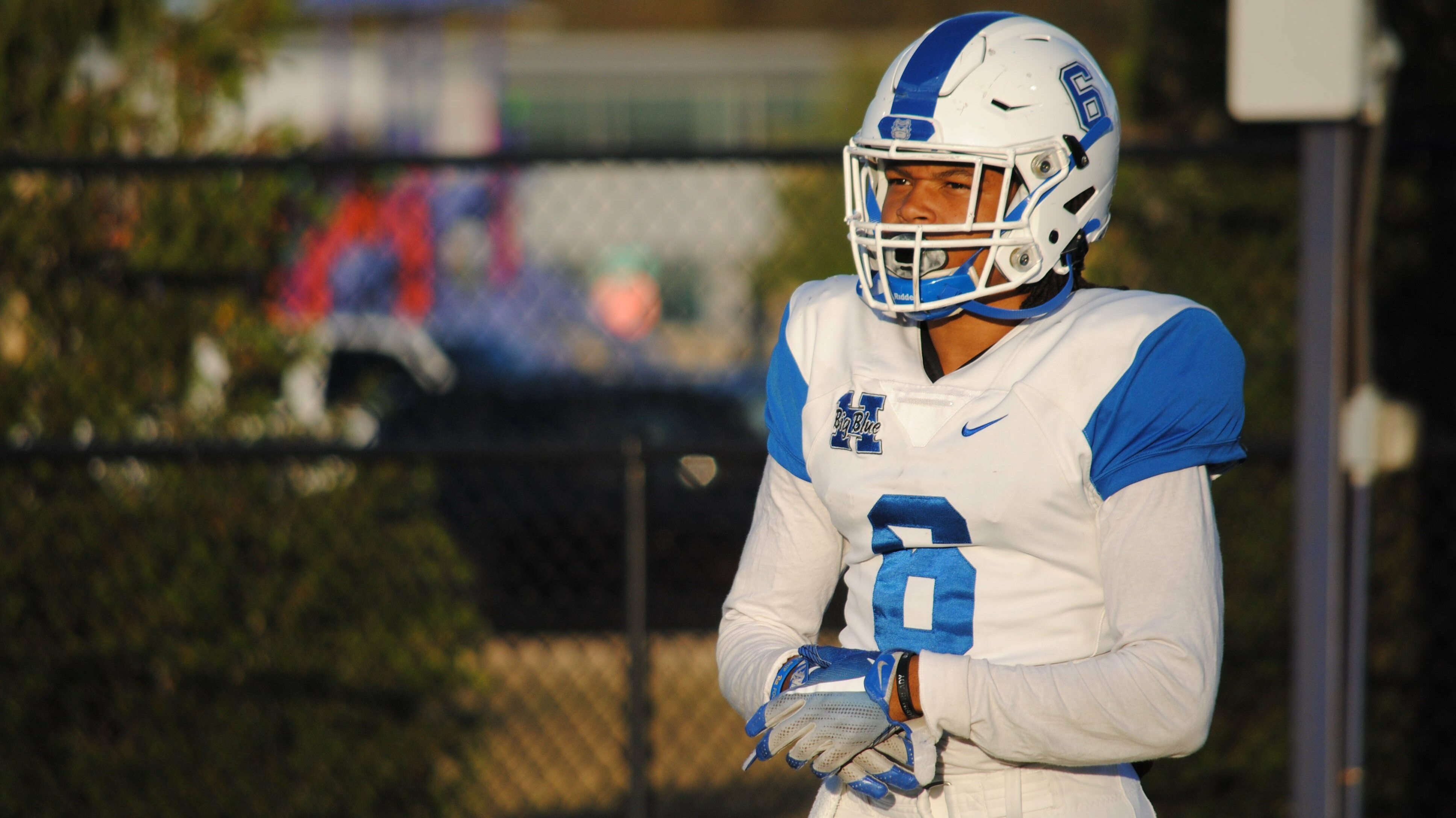 HAMILTON — What began to look like an offensive onslaught, quickly turned into a battle of defenses Friday night at Virgil Schwarm Stadium.

The Big Blue drew first blood as Kaleb Johnson took one 27 yards on Hamilton’s opening drive to take a 7-0 lead.

But Sycamore took advantage of a Hamilton fumble, as Andrew Fehr hit KJ Sally in the end zone to tie it up at 7.

In the second, Quincy Simms-Marshall hit Jayden Marshall for a 23-yard strike to put the Big Blue back on top 14-7.

After that, the defenses took over, not allowing a single point the second half.

Sycamore was able to march down to the Hamilton 8-yard line, but was unable to convert on 4th down with 5 seconds remaining in the game.

“Team win. They just kept fighting,” Big Blue coach Nate Mahon said. “I’m just so proud of them. So impressed with them.”

And Mahon is, surely, not the only one impressed with his squad. Hamilton, a team that won one game in 2018, is now 5-4 overall, 3-4 in the Greater Miami Conference and in control of its own destiny for the playoffs.

Mahon, a Hamilton alum, didn’t take the reins as head coach until June 16. And people were not shy about telling him the Hamilton job was not a desirable one.

“People say ‘Don’t take this job. Don’t go to Hamilton. Why would you do that?’ I think we proved them wrong,” Mahon said. “This is home, and you only have one home. To do it here is as special as it gets.”

Big Blue was led by Khaliyal Sowell (13 tackles), Jordan Jones (10 tackles) and Jayden Marshall (10 tackles) on the defensive side of things. Simms-Marshall finished with 97 yards on 6 of 12 passing, while Johnson ran for 73 yards to pace Hamilton.

Hamilton travels to Lakota East next Friday. Sycamore, which slipped to 4-5 overall and 2-5 in the GMC, heads to Oak Hills.