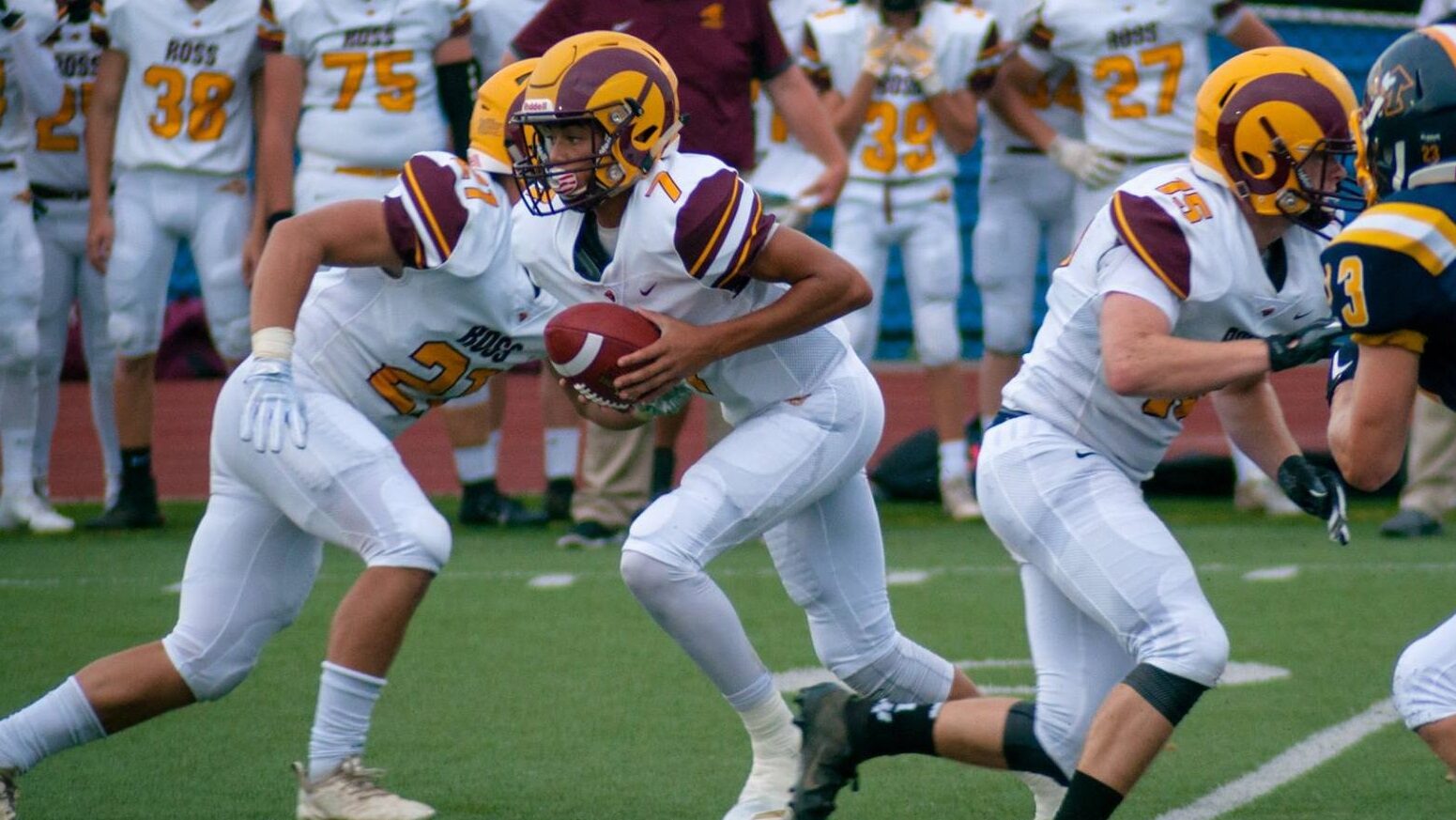 ROSS TWP. ⁠— Blood, sweat and a blue collar attitude. These are the perfect ingredients for the 2019 Ross High football team.

Rams coach Kenyon Commins and his squad have major momentum coming into the upcoming season. After only seven months of campaigning, Ross athletic director Jake Richards along with the rest of the athletic department, finalized plans for a synthetic turf multi-purpose playing surface set to be complete in September 2019. Commins knows he has the support of an entire community.

“My wife and I moved my family here just about ten years ago,” Commins said. “We moved here for the schools and the community itself. To raise three quarters of a million dollars, all through private donations, for a community this small, is amazing, and it speaks volumes.”

Senior running back Ethan Hall can’t wait to step on the new field.

“It’s going to be faster, harder and better football,” Hall said. “I can’t wait to show people what kind of product we can put on the field.”

That product may look a little different this season as the Rams will have to replace their top rusher from 2018, Dylan Caldwell. Ross will return an experienced back field in Hall, as well as junior Jackson Gifford.

“While Ethan (Hall) is not anywhere close to being the fastest kid, I think he brings a workman like attitude to what we do and he’s always where he’s supposed to be,” Commins said. “He’s as dependable as dependable gets.”

Hall rushed for 231 yards and a touchdown a season ago. It’s safe to say the senior rusher is expecting those numbers to go up for the 2019 campaign.

“Our offensive line has gotten a lot stronger over the offseason,” Hall said. “I know they’ll be able to create the holes necessary for mine and Jackson’s production to go up.”

Gifford, the main counterpart to Hall, contributed 230 yards and three touchdowns a season ago. His role will also be expanded this season.

“It feels good knowing that they’re going to trust me to be a bigger part of the offense,” Gifford said. “I’m going to have to prepare to be able to do it.”

“He’s a special football player,” Commins added of Gifford. “He played wing last year out of necessity but he is 100 percent a fullback. You can tell when you look at him he’s a bottom half built kid.”

However, with all that talent returning, Commins and the rest of the team knows that there is one group that is key to success on the field.

“Our success is going to rely on us up front,” Commins said. “Offensively especially, and defense. There isn’t any secret in or outside of our conference that we are going to be very, very good up front.”

The Rams, who finished at 5-5 last season, will have a talented offensive line, largely due in part to highly touted junior guard Kaden Rogers. Over the offseason, Rogers picked up three Division I offers from Marshall, Toledo and Akron.

The last Ross football player to receive a Division I football scholarship was in 2015 when offensive linemen Simon Stepaniak went on to play at Indiana.

“It’s exciting, as a coach, but Kaden has only scratched the surface of how good he can be,” Commins said. “It’s really great for the school, not just the program, it brings attention to Ross.”

Even Kaden’s teammates realize how special all this college attention is.

“I’m proud of Kaden for getting those offers,” Hall said. “It makes me feel like we have to push him harder to get him to that next step.”

Over the past few struggling seasons, the Rams defense seemed to always keep the team in games. Defensive coordinator Casey Meyers is looking to have an even better season this year. However, much like the offense, Meyers will only have five returning starters.

“We have a very good core of upperclassmen that have bought in, that have done the right things over the offseason, and over the past two to three years,” Meyers said.

The defense will be led by seniors Ethan Mills, Jack DePrie and Tyler Uhl. Commins has high praise for the progress DePrie has made as a player and a person.

“I don’t know if there is a kid that I have coached that rivals the work ethic of Jack Deprie,” Commins said. “He has just worked, and worked, and worked. I honestly believe that Jack has the ability to be the SWOC defensive player of the year.”

Meyers is looking for defensive back Owen Severance to really help the Rams reach new levels of success.

“He’s got a lot of experience,” Meyers said of Severance. “He’s started fifteen games over the last two years. He was always the number five DB, so if there was an injury, he was playing. He’s a great character guy and a great leader.”

Some players will be making the switch over to defense after spending the majority of the 2018 season on the offensive side of the ball, such as junior Tanner Meale — who was Commins’ top tight end last season.

“Focusing more on defense is going to be a lot of fun,” Meale said. “We have a great defensive coordinator in Coach Myers, which I am privileged to get to work with everyday. The intensity is very different, I’m very excited for the change and I can’t wait to get after it this season.”

“He’s always been kind of a helmethead, kind of a thumper,” Meyers added of Meale. “Last year, physically, he wasn’t ready to play both ways. It’s hard to do that as a sophomore. He’s ready to take that next step.”

The team is coming into the 2019 season with a new mindset. One that is very fitting to the overall character of this Ross football team.

“We’re not a silver spooned community,” Commins chimed in. “Go to a youth football game and watch our parents. They’re construction workers, farmers, teachers, plumbers, electricians. They’re blue collar people. Everything we do, it’s about putting in work. I’m not okay with us being beat because we were outworked.”

Ross opens the season against Badin on Aug. 30 at 7 p.m. at Hamilton High’s Virgil Schwarm Stadium.