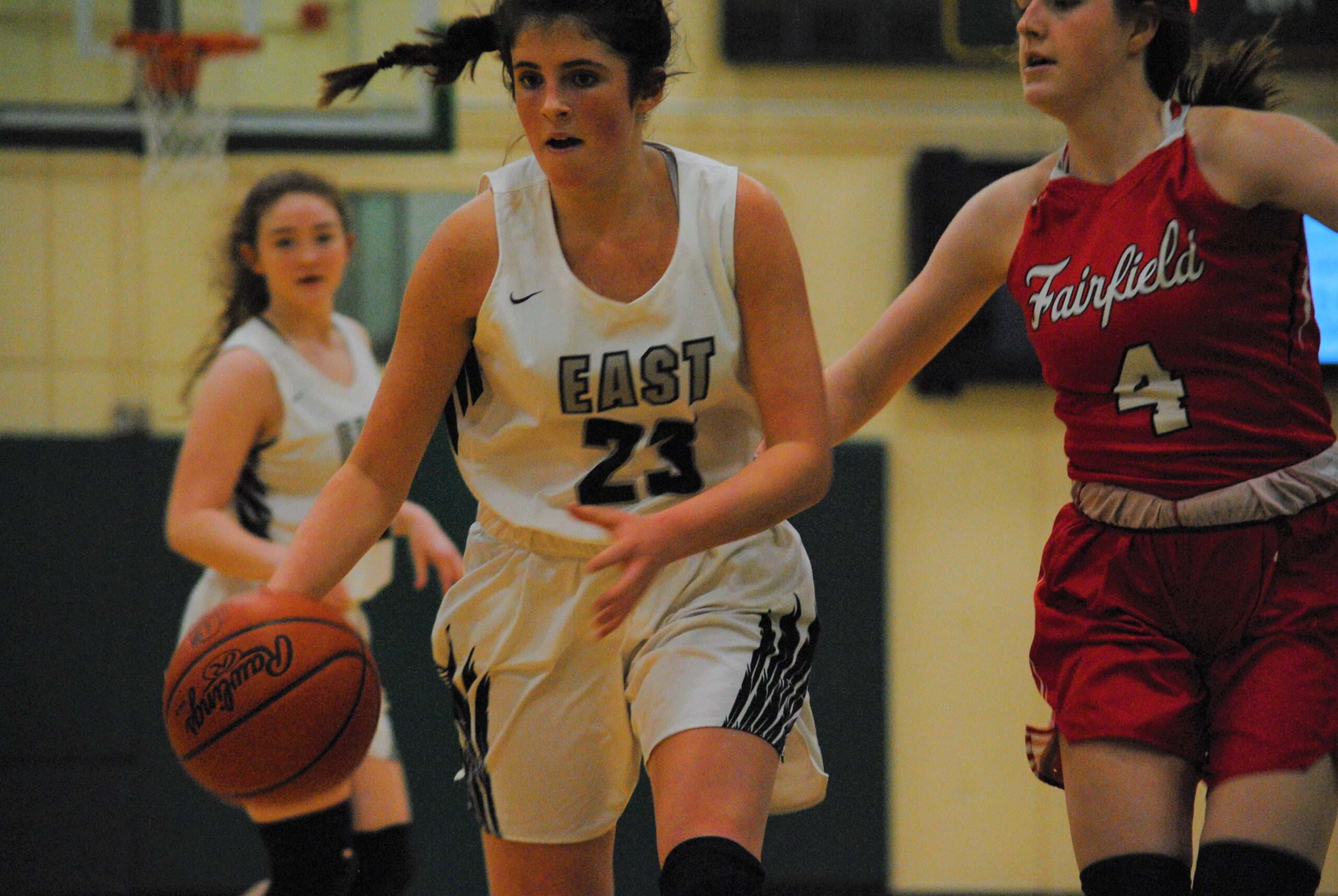 MONTGOMERY — Karlee Mills broke in her new sneakers just enough on Wednesday night, enough for her to be able to wear them again.

The senior scored a game-high 23 points, and the Fairfield High School girls basketball team had to grit and grind past rival Lakota East for a 47-42 Division I sectional victory at Sycamore.

“We pushed our heart at the end. Our senior captain (Tori Williams) fouled out at the end, and we needed some players to step up,” Mills said. “I think it was really good for us to see that we can beat this team and go far in the tournament.

The Indians (11-13) move on to face Thursday’s winner between Milford and Lakota West on Tuesday, Feb. 25 at Lakota East.

“Wasn’t that a fun game?” said Fairfield coach David Loper, whose Indians held a quick 9-0 lead after the first quarter. “We knew that the lead wasn’t going to stay like that for long against them. They’re a good team. We knew they were going to battle back.”

The Thunderhawks (12-11), who had won 5 out of their last 6 contests heading into Wednesday, indeed marched back before both squads exchanged a brigade of 3-point buckets in the third quarter.

Lakota East took a 36-32 lead into the final period.

“We knew it was going to be a battle,” Thunderhawks coach Dan Wallace said. “I thought we had a good opportunity tonight.

“I told the girls that there was a perfect storm of things not going our way,” added Wallace, who praised the play from senior Camryn Eddy and freshman Madison French before both suffered injuries.

“In every tournament, you’ve got to find a way to get through, though. There’s no excuses,” Wallace continued. “I’m really proud of our young kids for stepping up, and you’ve got to give credit to Fairfield — they played hard. They made the plays down the stretch.”

East and Fairfield split during the regular season. The Indians beat the Thunderhawks 52-49 at East on Dec. 11, while East beat Fairfield 50-49 at Fairfield back on Feb. 5.

Hannah Miller finished with 8 points for the Indians on Wednesday, while Sarah Sewak paced Lakota East with 10.