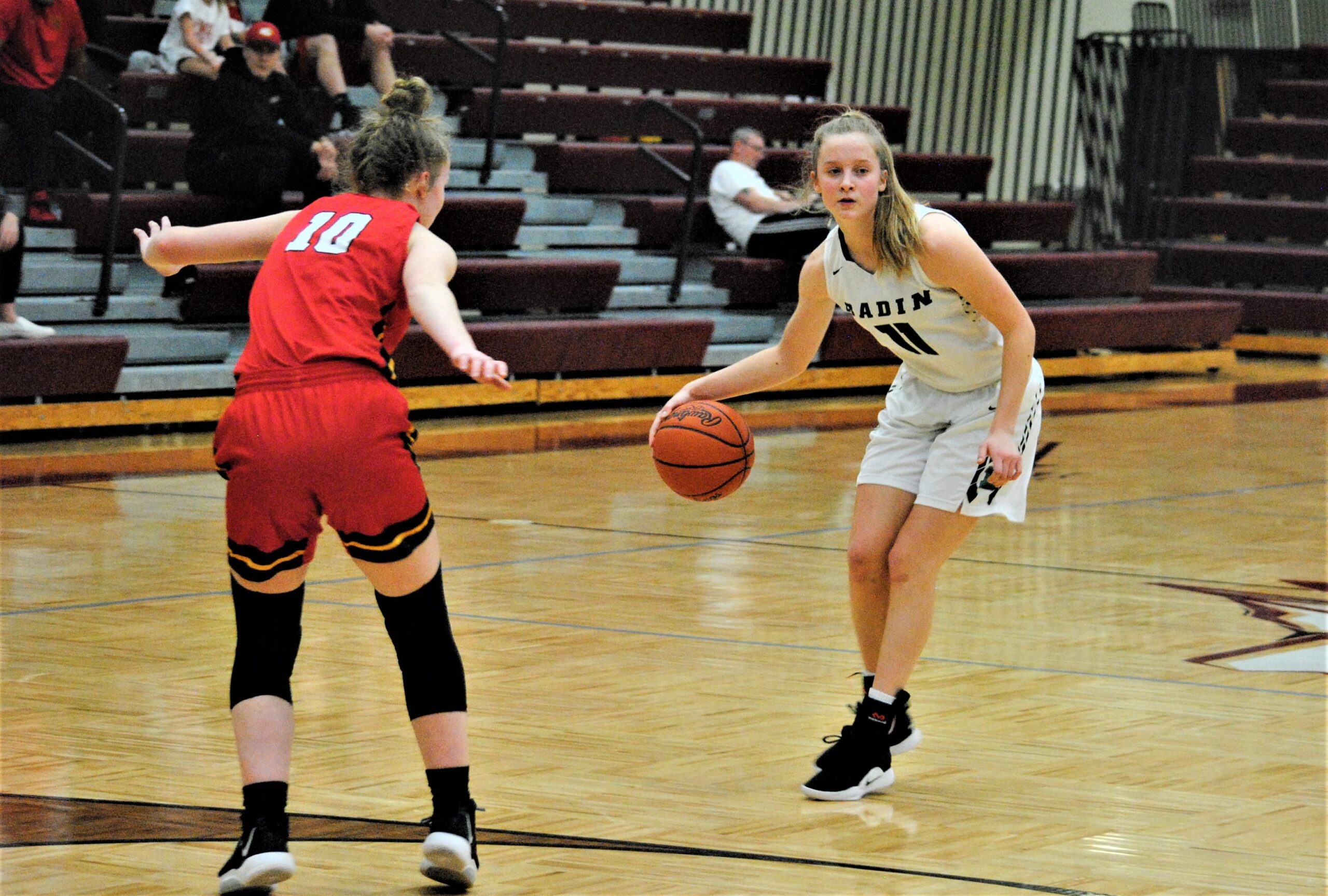 And she was right.

Kowalski bucketed a game-high 14 points, and the Rams got some timely free throws down the stretch for a 36-34 comeback victory over Greater Catholic League Coed foe Fenwick in a Division II postseason opener at Lebanon.

“They say it’s always tough to beat a team three times,” Kowalski said. “We went out here today and we did that. I think we shocked a lot of people today. It feels pretty great.”

It was the Falcons who would run out to an 8-4 advantage after one quarter on Tuesday.

“They knew our gameplan, we knew their gameplan,” Kowalski added. “It just came down to who wanted it more.”

Fenwick moved out to its largest lead on a Hannah Beckman 3-pointer that made it 15-6 with 3:38 left in the second quarter.

“We’ve had one game where we really laid down and didn’t play hard,” Badin coach Tom Sunderman said. “I tell our girls, and I tell people all the time. We have adequate talent, and we’ve got some girls who overachieve, but one thing our girls do is they play hard.”

The Rams began to hack at the deficit near the end of the first half when Kowalski hit a jumper as time expired that pulled it to 17-12 in favor of the Falcons.

The Fenwick lead never reached more than six the rest of the way, and it was free throws down the stretch that got Badin back into it. Kowalski hit 6-for-6 from the line, and teammate Lizzy Meyer connected on 3-of-4 at the charity stripe.

Emma Adams knocked down a 3-pointer to give Badin its first lead at 29-28 with just over 3 minutes left to play.

The Rams outscored the Falcons 24-17 in the second half.

“This program has improved, and it keeps on improving,” added Dalton, whose Falcons finished the season at 10-14. “We’ve got to take this, take it into next year and continue to improve.”

Adams had 6 points for Badin, while Beckman finished with 9 for Fenwick.