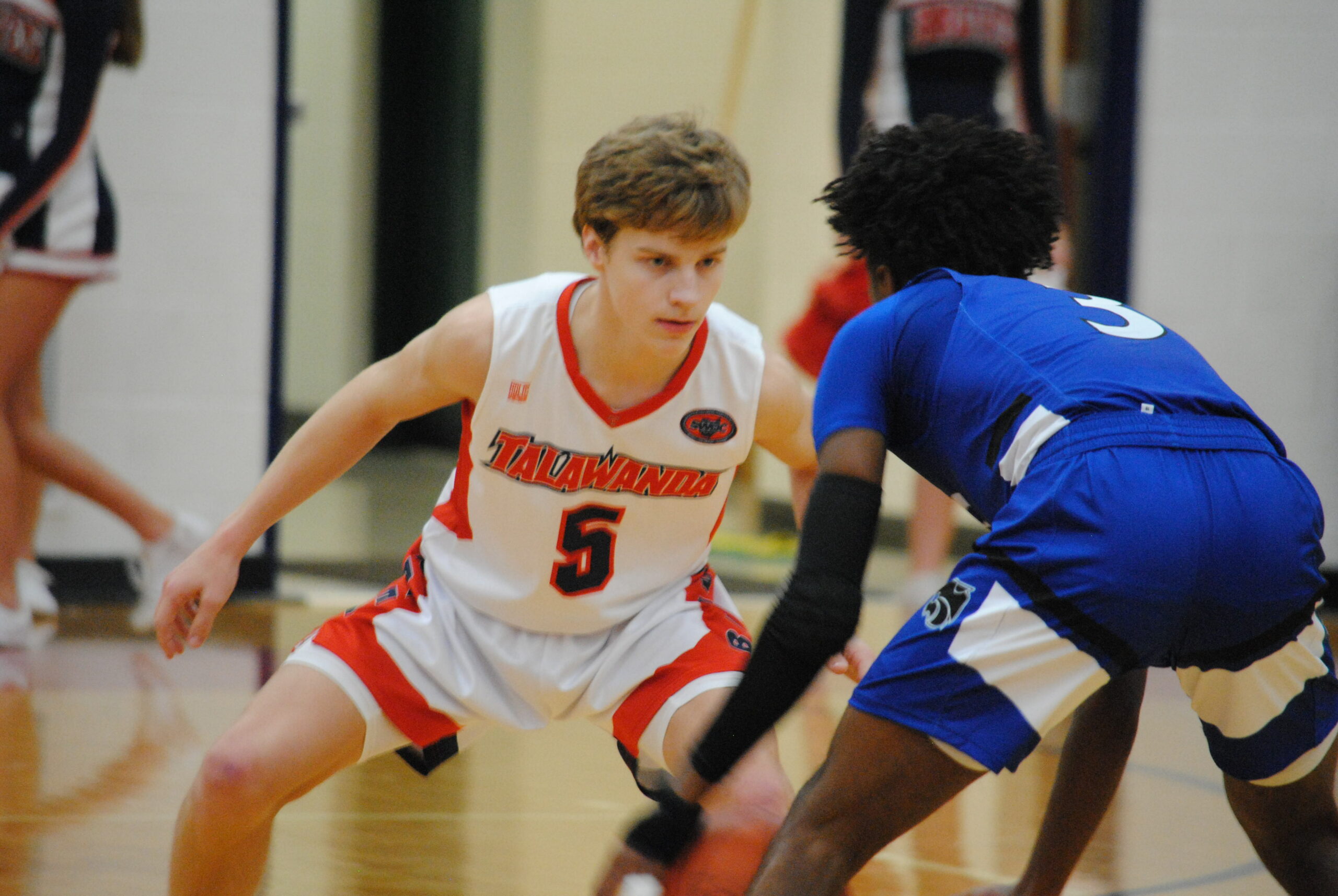 Swain tallied a game-high 15 points, the Cougars frustrated the Talawanda offense from start to finish and Cincinnati Christian mopped the floor with a 60-30 victory in the Brian Cook Classic at Madison.

“Tonight we came out with a goal to execute on defense,” Swain said. “That was the main goal with the tip-off to the end of the game. We wanted to run transition on defense and on offense as well. We wanted to get the ball up all game, and that’s something I think we executed really well.”

The Cougars (5-3) move on to play the Madison Mohawks in the championship game of the annual tournament on Saturday at 7:30 p.m.

“Defensive intensity. We wanted to come out and be solid on the defensive end,” Cincinnati Christian coach Carl Woods said. “We wanted to get back, locate their shooters, play transition defense and on help side, and it worked out.”

Cincinnati Christian moved out to a 15-10 lead after one quarter, and the Brave never got any closer the rest of the way.

“After one timeout, coach told us to put our foot on their neck,” Swain said. “That’s what we did. I knocked a couple of shots down. Logan got to the bucket a couple of times. That’s something we really needed to do and work on as a team.

“We want to get better and better at that every game,” Swain added. “If we’re up by a certain amount of points, we want to keep increasing that and holding them to a certain amount. I feel like we did that really well tonight.”

The Brave (1-5) have lost two straight, including a close call against Harrison last Saturday in a 52-48 setback.

“I felt like we lost a tough one against Harrison, and I was kind of excited about tonight and wanted to see how we were going to respond,” Talawanda coach Jake Turner said. “We just didn’t respond well.

“Like I told our guys tonight, we will find out how tough some of our guys are,” Turner added. “I think we have some tough guys. I know they’ve been through a lot, but we can’t use that as an excuse. It’s time to figure some things out and keep getting after it.

“Every guy in our locker room believes in what we’re doing,” Turner continued. “I feel like they’re bought in to what we’re preaching to them. We just have to go out there and execute even though we missed a lot of wide-open shots.”

Cincinnati Christian fired 24-of-44 from the field (54.5 percent) on Friday. Talawanda struggled to find the bucket going 7-of-38.

“We’ve had our issues in coming out and trying to get into a good rhythm and not being very patient,” Woods said. “So we were able to be patient, get good looks, and once we got comfortable, we started scoring quite a few more points. Then our transition defense helped out, because when we set the press, it creates opportunities for the kids.”

The Brave take on Miami Valley in the consolation game of the Brian Cook Classic at Madison at 6 p.m. on Saturday.