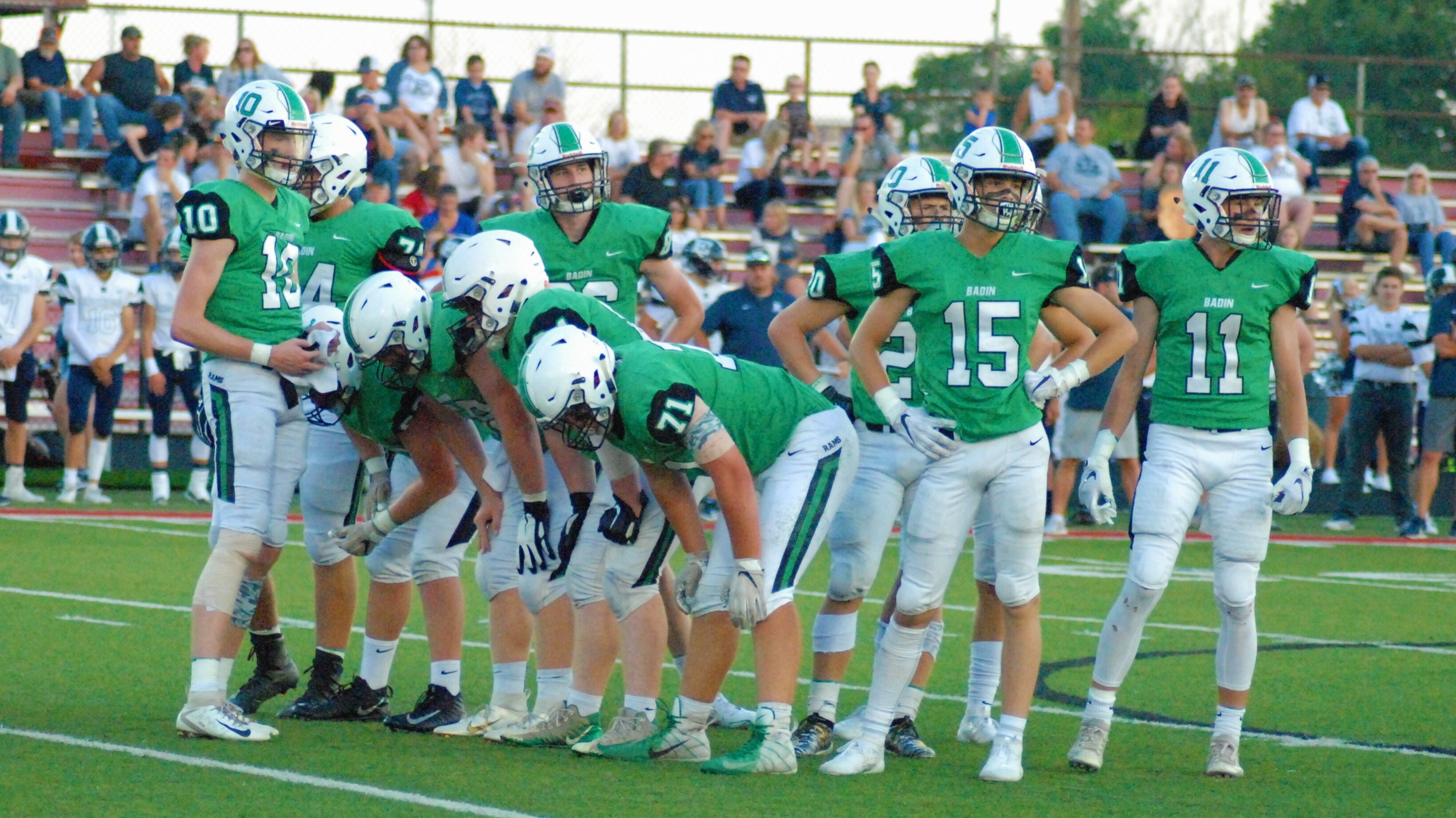 But this game was anything but close, as the Badin Rams put on a workmanlike performance en route to a 41-8 lambasting of the Purcell Marian Cavaliers.

Badin opted to stick with the same spread formations that gave them success against Roger Bacon last week, and the Rams had very little trouble moving the ball at will.

After the Badin defense held the Cavs to a quick 3-and-out, Rams coach Nick Yordy made it clear they were going for blood early.

In potential field goal range, Badin opted to go for a Fourth-and-2, which was picked up by senior running back Alex DeLong on the ground.

Badin had first-and-goal, but the Cavalier defense stiffened up. On fourth-and-goal from the 7, Yordy again opted to forgo the field goal. Badin quarterback Zach Switzer’s slant pass was incomplete, and Badin would turn it over on downs. It was the only time that Badin was stopped on a fourth down conversion in the game. The Rams converted their next four and finish the game 5-for-6 on fourth down conversions.

On the ensuing Purcell Marian possession, third down, quarterback Zach Hoover got his leg trapped awkwardly underneath him on a thrown-away pass attempt.  He went down and started hitting the turf, immediately knowing that something was wrong. Hoover would not return to the game and could be seen on the sidelines on crutches and apparently in a great deal of pain.

It was a tough break for Purcell coach David Wirth and the Cavs, as Badin fans who remember the Wirth era had visions of Patrick Coyne floating through their heads.

And if Hoover’s injury is serious enough for him to miss significant time, the injury will also be a bad break for Badin, who now needs Purcell to win games and give them Harbin points.

Badin easily waltzed the ball down the field on their second drive, getting the ball to a second-and-goal at the 2 when the first quarter expired. Switzer punched in a 1-yard QB sneak on the first play of quarter No. 2, and the Rams would never look back.

Purcell Marian’s offense, under backup quarterback Jaron Kelley, would only muster 1 first down in the entire first half.

DeLong punctured the Cavalier defense for an 11-yard touchdown on Badin’s next drive. DeLong ended up with 113 yards and that TD on 20 carries.

And on Badin’s next drive, on a second-and-1, Switzer took a shot downfield and hit Marshall Flaig for a 25 yard touchdown pass. Badin would take a 20-0 lead into halftime, and the game didn’t feel that close.

The Rams put the final dagger in with a Switzer 35-yard touchdown pass to last week’s hero and Homecoming King Josh Hegemann on the opening drive of the second half.  Landyn Vidourek and Ely Emmons would add touchdown runs in garbage time for the Rams, as well as Elijah Gay breaking up the shutout late for the Cavs.

Purcell Marian (2-3) will go back to the drawing board, beaten down, outgained 405-122, and now possibly with a backup quarterback for the foreseeable future.

Roger Bacon and CHCA are the next two games on the Cavs’ schedule.

Meanwhile, the Rams are now feeling as good as they’ve felt about themselves all year, winning three straight.  They will need to bottle up all of those positive feelings as they head home to Virgil Schwarm Stadium next weekend and stop the super-lengthy losing streak to Kettering Alter that dates back to 1999.

Badin (3-2) will end the weekend in a dead-tie with Ross for fourth place in Division III, Region 12. That means if the season were to end today, it would be Badin pinned up against Ross in a 4 vs. 5 first-round playoff game — with the home team being whichever of the two winning the third-level points tiebreaker.