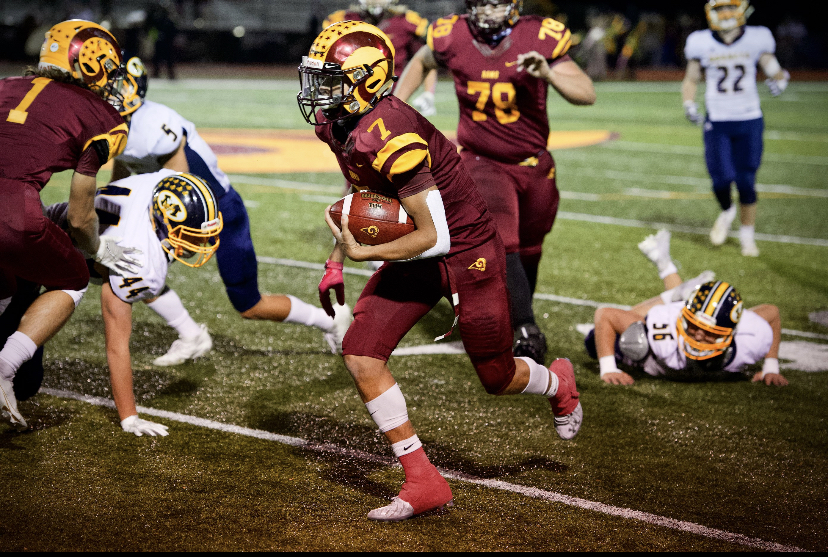 “We did our job,” Rogers grinned.

The Rams steamrolled to 522 yards of offense — all on the ground — and No. 5 Ross showed its physicality in a 52-14 victory over No. 21 Monroe in a Division III playoff contest at Robinson Field on Friday.

It was the first playoff win in Ross history.

“That was the goal, to make history,” Rogers said.

“It was nice to get back being physical,” Ross coach Kenyon Commins said referring to the first-round bye week. “We felt we played well in all phases of the game.”

The Rams (6-1) have now won six straight. Monroe (3-5) plans on scheduling two more games to officially finish up their season, according to Hornets coach Bob Mullins.

“We’re just not going to pick up our football and go home,” Mullins said. “These kids deserve to play a full season, and we’re going to do that.

“In the first quarter, we were in the game at 14-7, and we were feeling pretty good about that,” Mullins added. “They’re a good team. Whenever you give good teams a short field, it’s a recipe for disaster and it becomes too complicated. Ross is a big, strong team, and they’re a lot bigger than us. We had to play assignment ball to beat them. And you just have to tip the cap to a team like that.”

Collin Deaton connected with Konnor Loper on a 51-yard TD pass for Monroe, while Alex Pitsch had a rushing TD.