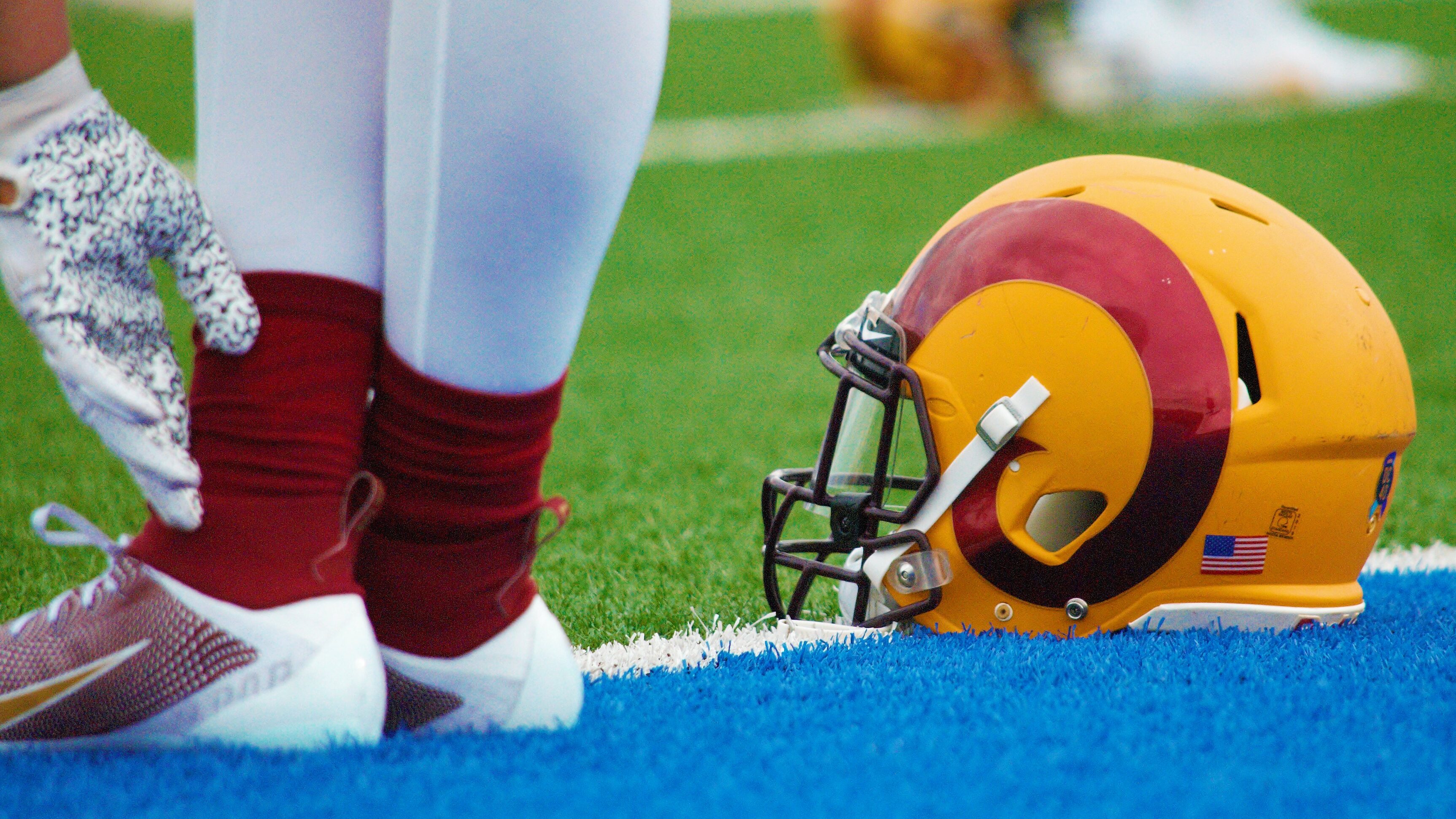 HAMILTON — Ethan Mills showed off his shiner after a Friday night’s worth of work. A busted lip. It bulged sporting the color of Ross Rams maroon.

“I was running to make a tackle on (Badin quarterback Zach) Switzer and the back of his heel came up and got me,” mumbled Mills, a Ross senior linebacker.

“I’m a little beat up right now,” Mills added. “But it means everything in the world right now.”

“What does this mean? It means we’re 1-0,” Ross coach Kenyon Commins said. “We had a huge win last year and fell flat on our faces. So this means we’re 1-0, and this means that this community is behind this program. These kids are bought in to the idea of working people. This means we have an opportunity to go 2-0 now. So we’re excited about that.”

The Ross Rams will look to go 2-0 for the first time since 2014 when they take on Monroe (0-1) at home on the newly-laid turf of Robinson Field.

Here are your other Week 2 Butler County games to keep an eye on:

Edgewood (1-0) at Franklin (1-0) — The Cougars come off a dominating win over Monroe in Week 1, while the Wildcats dropped Madison in big-time form.

Badin (0-1) at Talawanda (1-0) — Brave coach Larry Cox got his first victory at the helm on Friday against Preble Shawnee, while Nick Yordy and his Rams are looking to bounce back from a stunning 20-19 overtime loss to Butler County rival Ross.

Anderson (1-0) at Hamilton (1-0) — Big Blue coach Nate Mahon got his first W at the helm with a win over West Clermont. The Redskins are coming off a marginal win over Simon Kenton.

Centerville (0-1) at Lakota West (0-1) — Firebirds coach Tom Bolden is looking to grab his first win at the helm. Lakota West will host the Elks, who fell to Fairfield in Week 1.

Fairmont (0-1) at Lakota East (0-1) — The Thunderhawks hope to regain their steps after a bruising loss to Turpin. Fairmont lost to Alter 21-7.

Fairfield (1-0) at Springfield (1-0) — The Indians took care of Centerville on Friday while sporting their Army National Guard camouflage outfits. The Wildcats dismantled Hilliard Bradley 44-7 in Week 1.

Landmark (1-1) at New Miami (1-0) — The Vikings rumbled in the Village with a huge 32-6 season-opening victory over Gamble Montessori. Landmark fell to Summit Country Day this past Friday.

Madison (0-1) at Reading (0-1) — Head coach Ricky Davis attempts to get the Mohawks going in the right direction after sustaining a lopsided defeat against Franklin. The Blue Devils lost to Purcell Marian.

Springboro (1-0) at Middletown (1-0) — The Middies came out hot in their season-opening victory over Western Hills. The Panthers look to continue what they’ve started after their win over Mason.