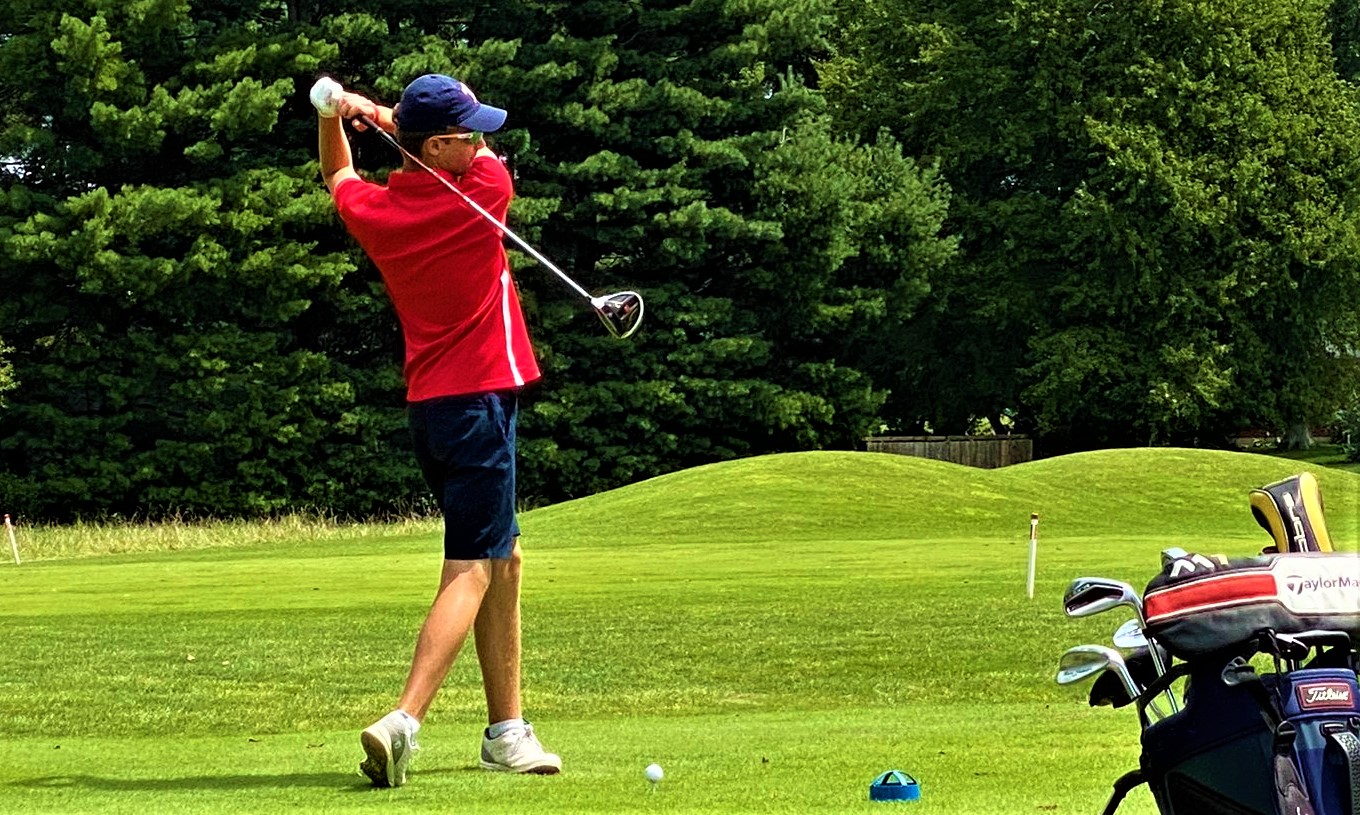 OXFORD — The Talawanda High boys golf team had its sights set since the beginning of the season.

Now that the halfway mark has come and gone, second-year coach Don Gloeckner said the vision is becoming clearer.

“We want to win our conference, and we believe that we can advance pretty far in the postseason,” Gloeckner said. “That’s our focal point right now — we want to first win the league, and we think that if we don’t advance, we will be disappointed.

“We’re preparing ourselves for Oct. 7 (sectionals),” Gloeckner added. “We are playing our best right now — both physically and mentally.”

The Brave (10-1) are coming off an impressive win over Harrison on Tuesday. After falling to a tough Fenwick squad back on Aug. 13, Talawanda has reeled off seven straight victories.

“We were really hoping to put together a good match against Harrison,” Gloeckner said. “That win will be able to move us forward and strive for sectionals.”

Seniors Dylan Slager and Austin Goerss are four-year varsity golfers — and for good reason. They’re both averaging 40s on the course, which sits them at second and third in the Southwest Ohio Conference.

“They’re both workhorses,” Gloeckner said of the senior duo. “Austin has been the most consistent player over the last four years, and Dylan just has tremendous talent.”

“His improvement in competitive matches since last year has been great,” Gloeckner said of Sweitzer, who clubs a 43. “He’s the reason why we can talk about making that jump in the postseason.”

Senior Grant Monson averages a 43 as well. “He’s the glue to our team,” Gloeckner said. “He’s had tremendous improvements and does a really good job of building these guys up. He’s a charismatic guy and is a great leader for our team.”

Sophomores Hunter Shaw and Tyler Hazelwood chip in with some decent scores as well.

“I hope that when teams play us they see the character of the guys, and I hope that we carry ourselves with poise,” Gloeckner said of his squad, which gets back to action on Thursday against Northwest at Hueston Woods.

“Our league, the coaches in our league, it’s a great league to play in because we’re all supportive of the kids. And that’s what makes it a special place to coach here at Talawanda.”