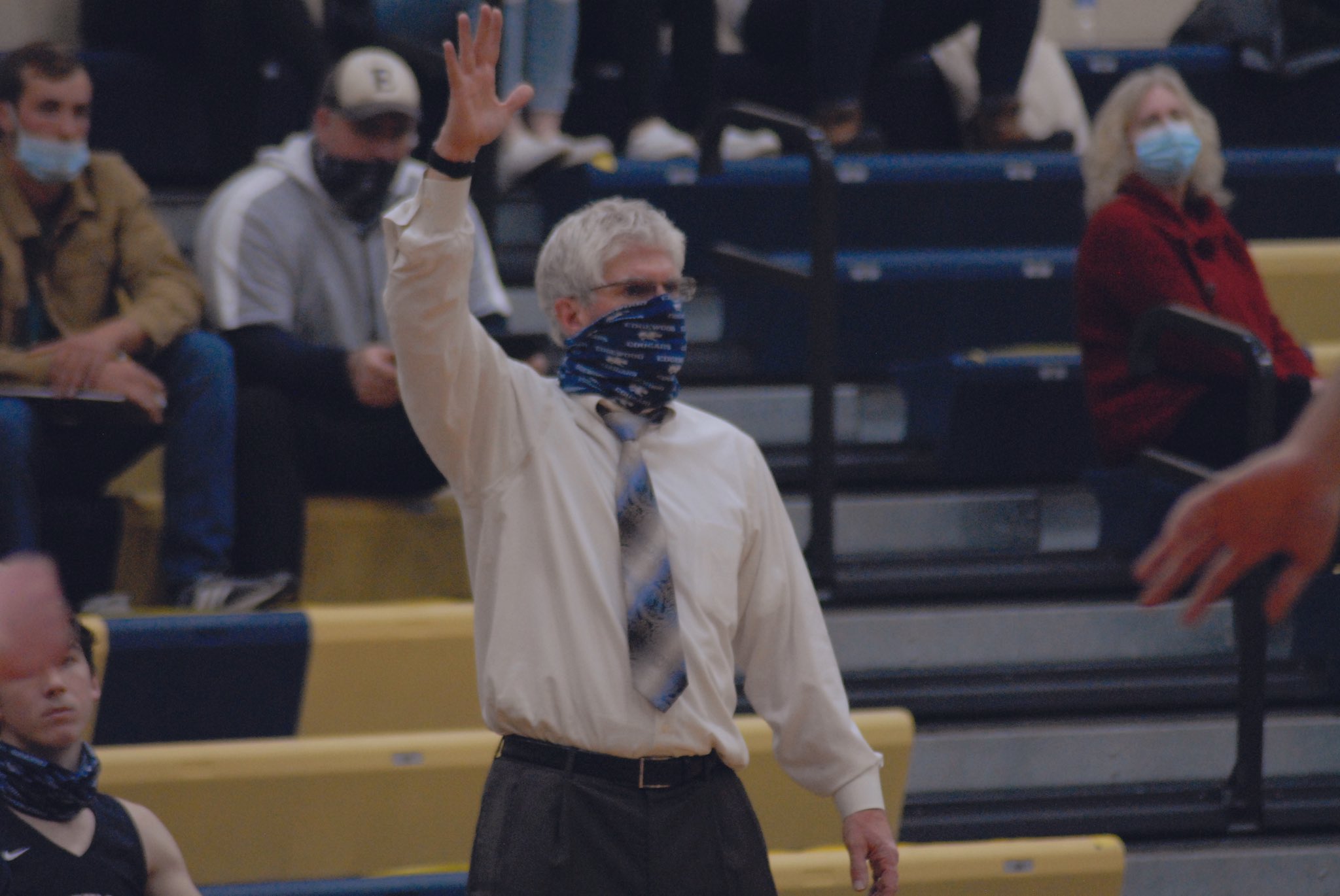 FAIRFIELD — The Edgewood High School boys basketball team’s season came to an end in a 66-46 defeat to Princeton in Division I sectional play at Fairfield on Friday night.

The loss concludes a stellar 13-year tenure at the Cougar helm for head coach John Thomas. He announced his retirement a couple weeks ago.

Princeton scored the first points and never looked back by building a double-digit lead and before the Cougars netted two baskets. The Vikings didn’t allow Edgewood to get within 15 points the rest of the way.

“They’re really good and they are well coached,” Thomas said. “We knew this coming in. We tried to simulate their pressure in practice, and I just think we came out like a ball of nerves. We took some ill-advised shots, rushed some things.

“Even when we would beat the press a little bit, I think we had 12 turnovers in the first half — that’s a game’s worth right there,” Thomas added. “We started getting into a little bit of a flow where we were dealing with it a little bit better, but that’s a very good team, and they should have won — and they did.”

After a tough stretch to begin the season, the Cougars bounced back by winning three of their last four to build confidence heading into the postseason.

“It’s just so hard to get into a rhythm,” Thomas said. “Shooting, it’s hard to get into a rhythm and taking care of the basketball — it just really affects you offensively. We looked at our games, our stats the last eight games of the season. Our 3-point percentage went from 23 percent the first 12 games, the last eight we shot about 36 percent. We won three out of the last four. We played pretty good basketball, but we shot the ball better. Our turnovers went down and our assists doubled. I think every team went through that.”

Aaron Frazier bucketed 10 points, while Anthony Scott had 9 and Caleb Allen had 8. Edgewood ends the season with a 7-14 record.

“Edgewood has done more for me than I’ve done for them,” Thomas said. “I can’t say enough from the time I was 7 years old. I was away for a little bit, didn’t live in the area for a while when I went to college. When I was in the business world I had to live in a few other places, but I always hoped and knew that I could come back to Edgewood and to become their basketball coach.

“It was just something that was unbelievable,” Thomas added. “I just can’t say enough good things about Edgewood and the people there. What they’ve done for me has been tremendous. I just got lucky and began with coaching. I coached a lot of good kids that made me a better person.

“I’ve got a lot of memories. Mainly off the court stuff that I spent with them, some of the stupid stuff that they did that actually was comical, but I couldn’t laugh at the time. Times we spent together at team camps. Those are as much memories as games. A lot of off the court. I’ll remember that last game when those kids came out of the tunnel, that was pretty cool.”

As Thomas left the court one last time, he stated that he was doing one last locker room check and that he better not find anything left laying around.

“Once a coach always a coach.”