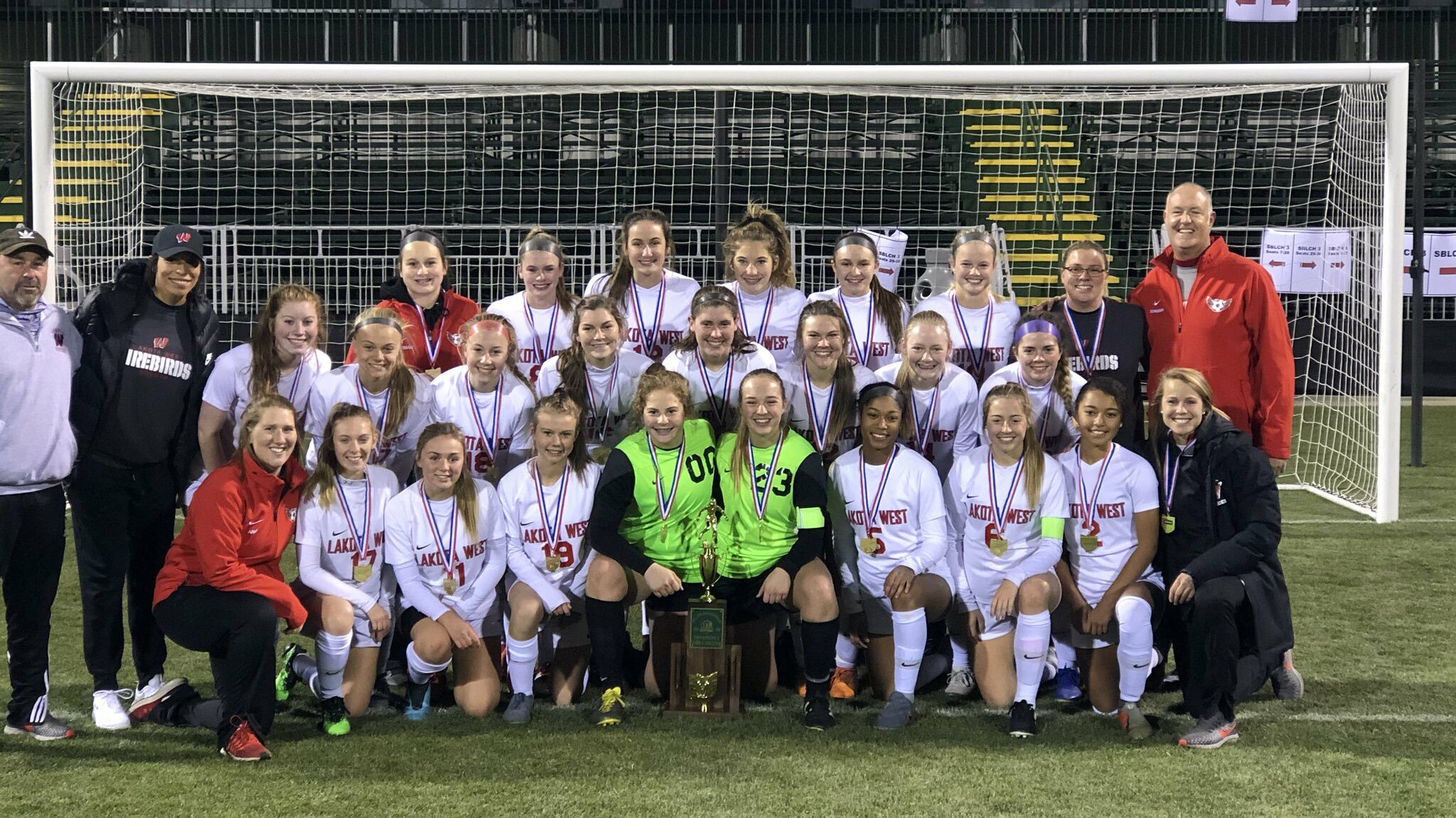 A familiar face stepped it up on Saturday after Lakota West had been in a 1-1 lock with Anthony Wayne for 33 minutes, and that familiar face was Kailyn Dudukovich.

The junior forward found an opening, received a loose ball right in the middle of the box and booted in the game-winning goal with just 13 seconds left to down Anthony Wayne 2-1 at Columbus Crew Stadium.

This game could not have been scripted better for the Firebirds. Each game they played with such grit and determination.

The defense stepped up to the occasion, led by goalkeeper Maddie Prohaska. And it was timely goals by Dudukovich that has led this program to its first title since 1999.

Anthony Wayne’s game plan was to not let the Firebirds get easy goals. Anthony Wayne was mildly successful until the 23:10 mark. Dudukovich got a crossing pass from Savannah Grubbs before kicking a high ball out of the reach of the keeper for 1-0 lead. The goal was the spark the Firebirds needed as they would be in for a tough battle with the Generals the rest of the match.

“We went into halftime knowing we are up 1-0. That’s what we wanted,” Firebirds coach Brigit Reder said. “But we have 40 more minutes. They’re going to come out tough, and they did just that.”

The Generals wasted no time. It was 7 minutes into the second half to be exact. Anthony Wayne senior forward Hannah Rybicki took advantage of a Lakota West defensive breakdown, knocking in the game-tying goal.

That goal briefly quieted the loud Lakota West faithful that made the trip up to Columbus. From there, the Generals seemed to have their way with Lakota West. Every time the ball was kicked down to the Firebirds’ side, there five Anthony Wayne defenders tracking the ball.

Fatigue seemed like it began to settle in for Lakota West. Reder rotated players in and out of the game to keep them fresh and to offset the Anthony Wayne’s stingy defense.

Dudukovich, who now finished the season with an astounding 50 goals, was not able to find much of the net as she was swarmed by four to five defenders. Anthony Wayne’s strategy worked until the waning moments.

Then, Dudukovich got into position for the kick.

Amanda Beerans got the ball on a counter, shifted from her left to her right before crossing it to Dudukovich — who then beat both an Anthony Wayne defender and the goalie for the game-winner with 13 seconds.

“Honestly, it was mostly instincts,” Dudukovich said. “I knew that the time would flow when we needed something. I kind of just let my instincts go through.”

This team will now down in history one of the best to do it ending with a 20-0-2 record and most of all the coveted state title.