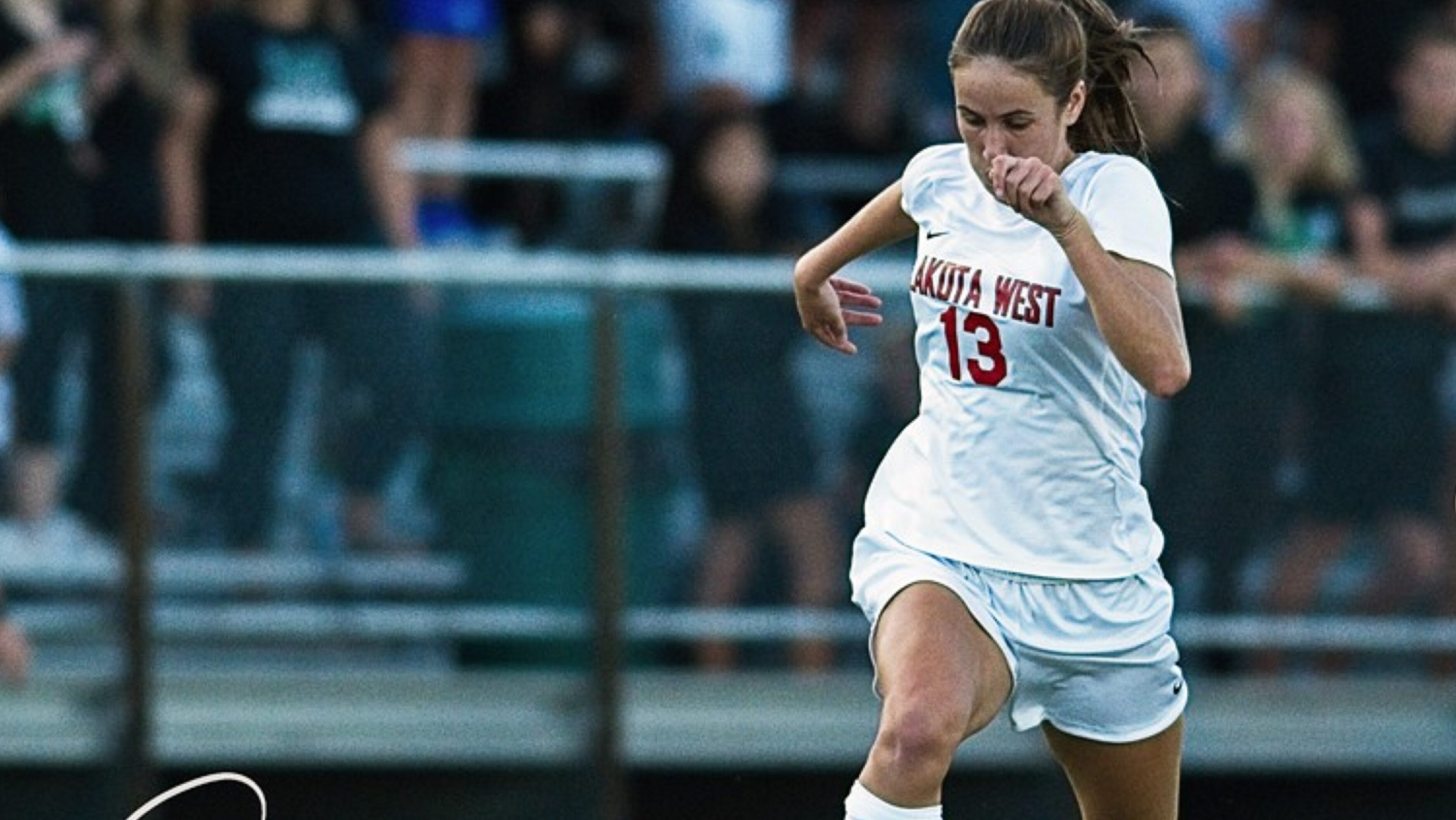 SPRINGFIELD — The Lakota West High girls soccer team is heading to Columbus to compete for its first Division I state title in 20 years.

Kailyn Dudukovich stepped it up again with a two-goal performance that included a go-ahead clincher, the Firebirds got a big defensive effort, and Lakota West punched its ticket to the state championship with a 2-1 victory over Dublin Coffman on Tuesday at Springfield.

“We’re going to enjoy this tonight, and we’re going to absolutely celebrate this because it is a big accomplishment,” Lakota West coach Brigit Reder said. “We’re now one of two teams in the state — that’s not something to take lightly. We put the work in.”

The Firebirds (21-0-2) came out aggressive in the first half. Though there were some chances for Coffman (17-2-5) on corner kicks, Lakota West kept possession of the ball most of the half.

Twenty years of frustration was on the line here and it showed.

As usual, Dudukovich, a junior, was man-marked throughout the whole match. Two, sometimes three defenders were in her path every time the ball came her way. Dudukovich has had her way, scoring multiple goals in the last three matches despite the extra attention from her opponents.

Dudukovich scored Lakota West’s first goal on a header in the first half at the 26:19 mark to make it 1-0. The play was assisted by a Sydney Jones corner kick that floated in the air for the star forward to hit it past Shamrocks goalkeeper Olivia Alford.

“Coach Reder has been on me the whole season with getting me to use my head,” Dudukovich said. “Sydney laid a great ball up there and I saw it. It was amazing to get that goal in there.”

Lakota West’s defense was rock solid in the first half, keeping Coffman in front while supporting its back line. The Firebirds took the 1-0 lead into the halftime break.

Coffman then began to change up its approach and go at the heart of the Lakota West defense, resulting in plenty of chances to score.

The Shamrocks’ big break came with 14 minutes left in the match. Coffman’s Emma Barthel squeezed a shot passed West goalkeeper Maddie Prohaska. That would be the only goal allowed as Prohaska and the defense continued to play solid the rest of the way.

Lakota West responded, leaning none other than on Dudukovich for the go-ahead goal with under 11 minutes left.

“I crossed it to Claudia (Gibson) and she had a great shot,” Dudukovich said. “The goalie got a touch right off of it, and I just saw it right in front of me and tapped it in.

“This was a great team effort for sure,” Dudukovich added. “I can’t take all oF the credit for it.”

All of the hard work that Reder has preached regarding her Firebirds has come to fruition, as they’re one step away from winning their first state title since 1999.

“I feel confident in these girls,” Reder said. “We put these girls in high-intense environment training. They’ve seen games before where they either had to battle back or gain a goal back.

“I didn’t doubt tonight one bit,” Reder added. “We came in here. Took care of business, which is exactly what I expected from these girls.”