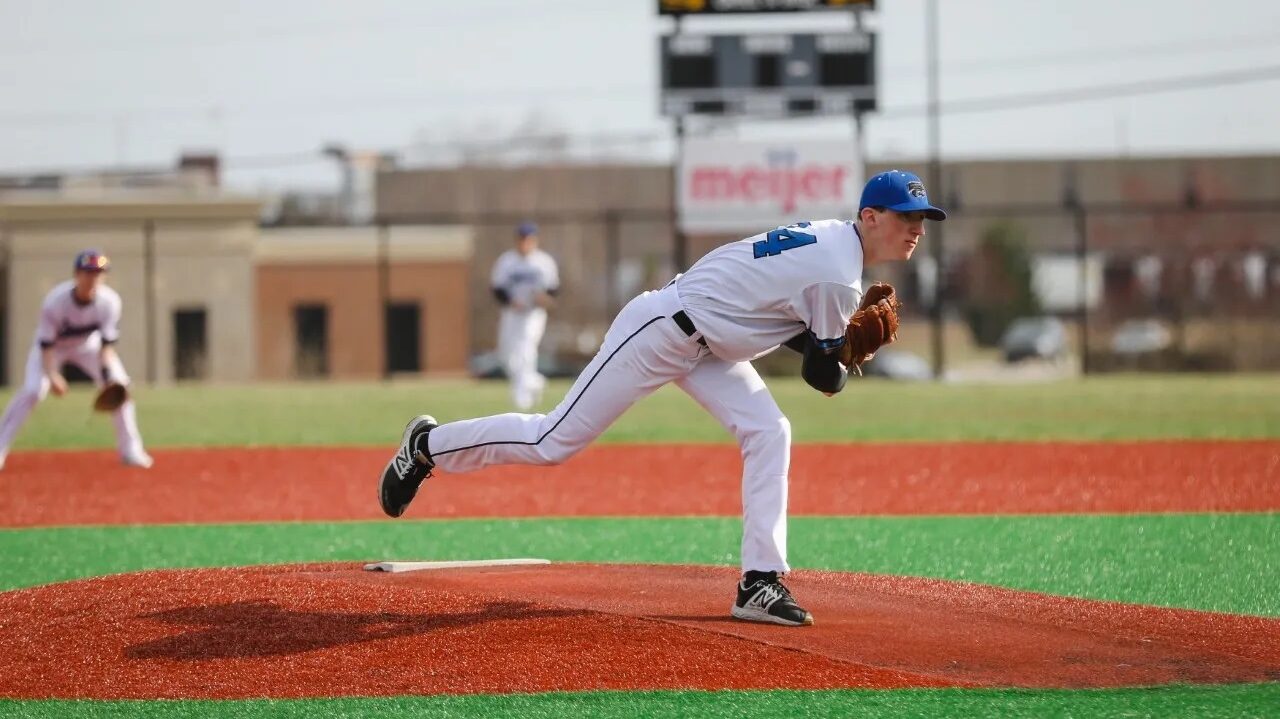 WEST CHESTER TWP. — Mitchell Smith had himself a day on the field that high school baseball players dream about.

The Cincinnati Christian School senior tossed a perfect game, smacked a solo home run and then clubbed a walk-off single to help lead the Cougars to a 10-0 victory over Miami Valley Conference rival Norwood in six innings on Thursday at the West Chester Baseball Complex.

“The stuff was working, and the wind was helping my fastball move,” said Smith, who faced 18 batters and struck out 11 of them in just 60 pitches — 49 of them strikes. “Everything worked out pretty good.

“But honestly, it was Cody Anderson. He called a great game back there,” Smith added, crediting the sophomore catcher.

Smith also shined at the plate.

He clubbed the solo homer in the fourth inning and added three singles — including the two-RBI walk-off that sealed the deal in the bottom of the sixth.

“This is my fourth year of coaching at the high school level, and that’s the best, overall performance I’ve ever seen personally against us or for us in a single game,” CCS coach Curtus Moak said. “To be able to throw a perfect game, even though it was a six-inning game, but still, and end the game with a two-RBI single to wrap it up himself — that’s impressive.”

“He pitched fantastic,” Bosch said of Smith. “He just out-powered us and out-matched us. He had control of his curve ball and his fastball. He hit the snot out of it, too. He’s just a very, very good ballplayer. Their whole team is great. They’re a class organization. We were just out-manned.

“We’re going to have our growing pains since we don’t have a lot of big experience,” Bosch added. “Our guys played hard and they didn’t give up, and I’m happy for that.”

“This Saturday I didn’t hit too well,” said Smith, who went 1-for-6 in Cincinnati Christian’s doubleheader against Landmark. “I took a lot of reps in the cage and worked with my dad and we fixed it. I got things working.”

The Cougars put two runs on the board in the first inning before spreading things out the rest of the way.

“Execution. Execution as much as possible. You play the game, not the opponent,” Moak said. “That’s what we tell our guys. You can really find the things you need to do to win the game. Whether it’s small ball or stealing. Nobody tries to be a superhero here. So we’re all hopefully on the same page, and we try to do what we can to get a guy across the plate.”

“These three wins help a lot, but we have to take every game one at a time and focus on one game at a time,” Smith said. “We really have to just focus on the opponent ahead, but right now we’re going to celebrate this win.”