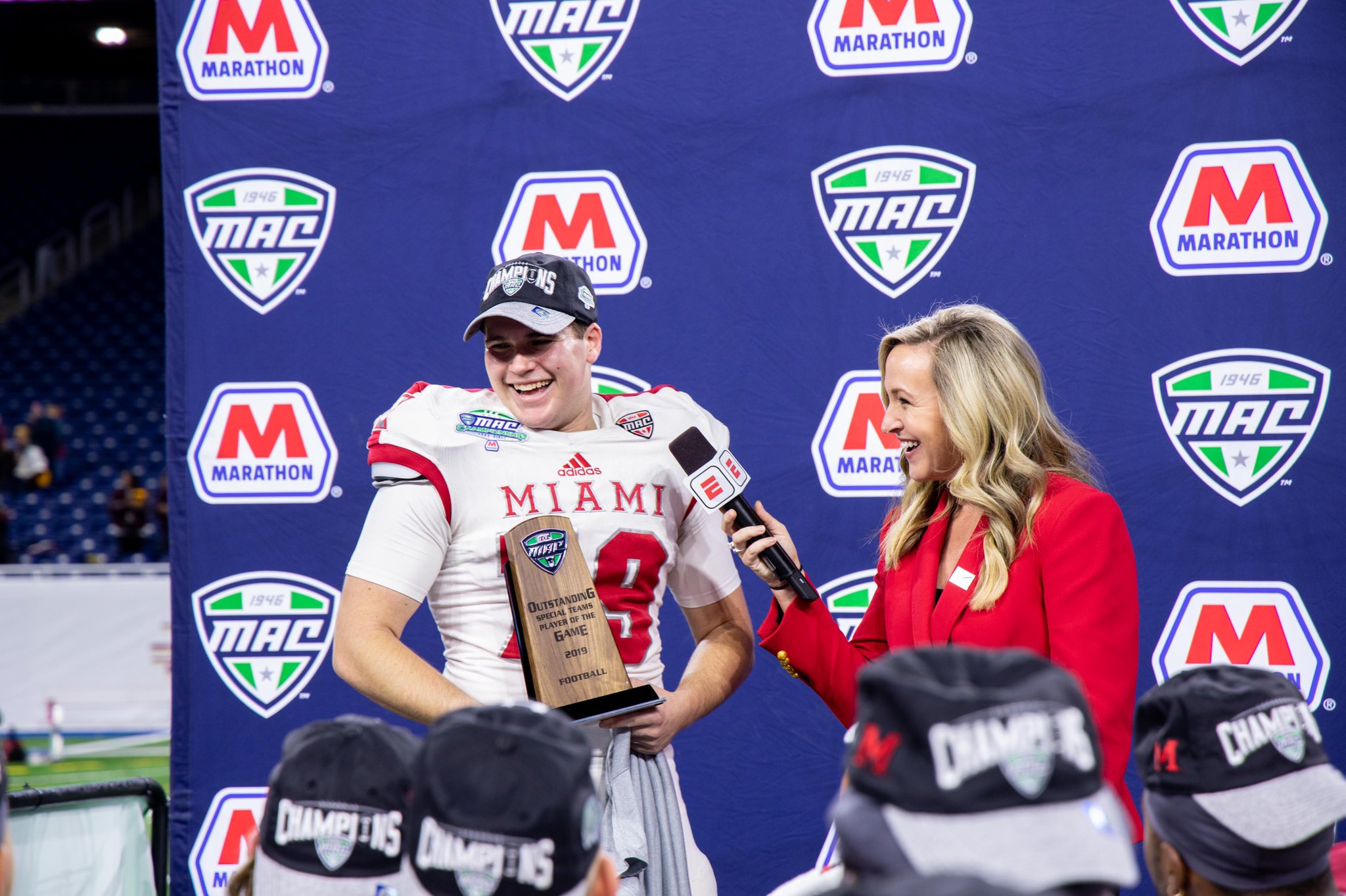 OXFORD — Sam Sloman, a member of the Miami University football team, was selected by the Los Angeles Rams in the seventh round of the 2020 NFL Draft. Sloman was the 248th overall selection.

Sloman finished his Miami career ranked second in made field goals (49), third in attempts (62), third in field goal percentage (.790), second in extra points made (112) and fourth in school history in total points (259).

This past season, the Roswell, Georgia, native connected on 26 of 30 field goals, both the most in a single season in Miami history. For his efforts he earned Second-Team All-MAC and Second-Team All-America by The Athletic.

Sloman shined in the biggest moments all season long. He was a perfect 4-for-4 in the MAC Championship Game, earning the game’s Special Teams Player of the Game honor. He also showed a strong leg, connecting on 4-of-5 field goals of over 50 yards, including a 53-yard game-winning field goal at Ohio with under four minutes to play.