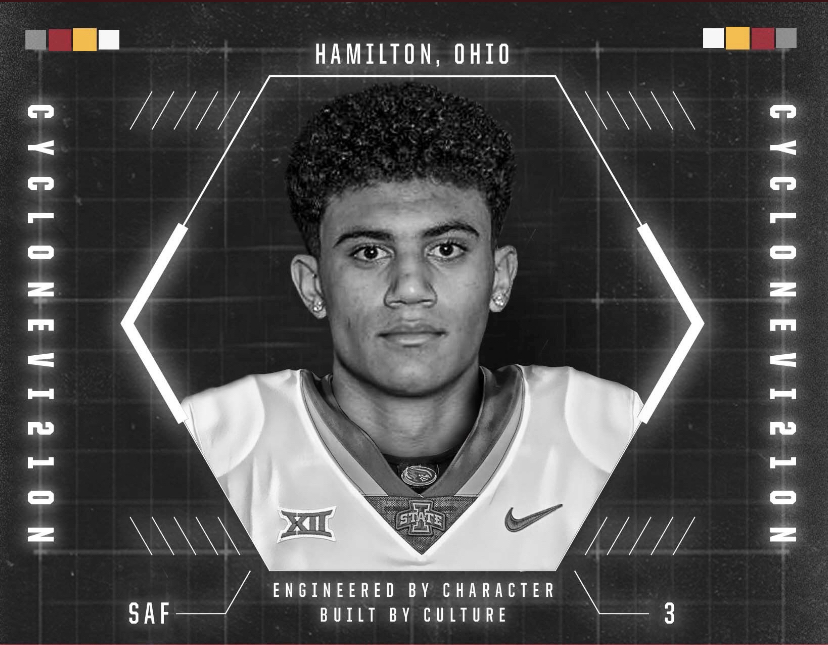 Hamilton coach Nate Mahon said Wednesday was just one of the many good days to be a part of the Big Blue football program.

Hamilton standout Malik Verdon, who officially signed to play college football and continue his academic career at Iowa State University, was just one of many coverage-area athletes that put pen to paper on National Signing Day.

“Malik is as advertised,” Mahon said Wednesday night. “We’re glad he’s a part of the Big Blue family. He’s a special player who will continue to do big things.”

Mahon said Verdon isn’t the only player at Hamilton who has big things to come in the future.

“Today is a pretty good day,” Mahon said. “This is just a testament as to why we want to become relevant. It’s good to be relevant. One of our best kids is signing with the No. 6 college football team in the country, and that speaks to the kind of direction we’re wanting to take our program and what we are trying to do.”

Mahon said multiple other Big Blue standouts are excited to get looks from colleges at all levels of play. The coach noted it doesn’t matter where his players head to, he just wants them to be put in the best possible position to excel beyond high school.

“We’re looking forward to another 5 or 6 kids signing in February,” said Mahon, a 2003 HHS graduate and Big Blue athletics hall of famer. “One of the greatest rewards personally as a coach is that I had a great experience playing for Hamilton, and I want them to get the same thing. That goes for after they graduate, too.”

Seniors Andre Proffitt and Aneesh Vyas signed their commitment letters to continue their academic and athletic careers at their respective schools.

Lakota West will host another football signing event on the first day of the Regular Football Signing Period on Feb. 3.

“Aneesh plays with a dangerous combination of intelligence, strength and speed,” Bolden said. “Chosen as a team captain by his peers he demonstrates all the qualities of an outstanding student-athlete.”