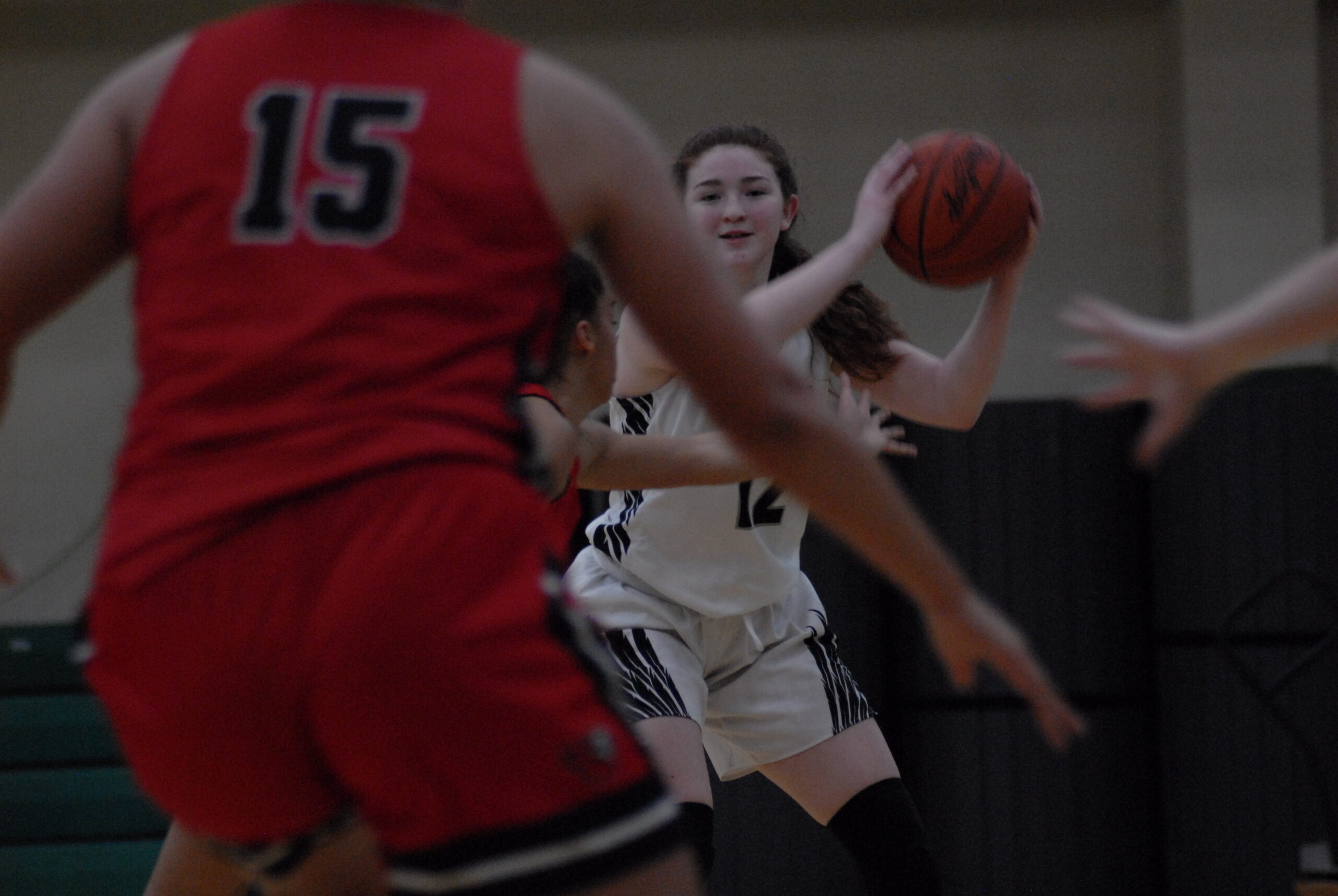 Yet, he is at the same time.

“You have no idea what you’re going to get or who’s going to come hit you,” Wallace said Tuesday night. “If you stop one or two of our kids, someone else is going to step up. And it goes day-to-day with that.

“For us as a coaching staff, it makes it hard,” the coach added. “But it also makes it fun to work with — it’s almost surprising. We’ve battled with everyone. We’ve made a nice run so far, and we’ve battled some adversity. That’s what I’m so proud of about this group — because of the way they’ve persevered and gotten to this point.”

Junior Sarah Sewak bucketed a career-best 26 points, and the youthful Thunderhawks outscored the Colerain Cardinals 19-9 in the fourth quarter to secure a 54-43 Division I sectional championship at Harrison.

“We focused a lot on our gameplan,” Sewak said. “We just went out there and played our best. They were a really good team. They’re really good at rebounding, so it was physical. But we pulled through and were able to do the best that we could.

Lakota East (11-10) moves on to the district title game and will face top-ranked Mount Notre Dame on Saturday.

The Thunderhawks have won five in a row and six out of their last seven. Lakota East met up with Colerain just one time during the regular season, with the Thunderhawks coming out on top 36-33 on Dec. 19 at East.

“When we started out tonight, we were on fire. We had a great gameplan,” said Wallace, who used to coach at Colerain. “I give them a lot of credit over there. They had a great gameplan as well. We had to take a step back. They’ve got west side toughness. They’re not going to go away, and it doesn’t matter how big the lead is. It doesn’t matter what you do, they’re going to fight their way back. It’s always going to be a fight with them.”

Lakota East ran out to a 16-12 lead after one quarter, but Colerain hung around. The Thunderhawks took a 24-23 lead into the halftime break.

“We’ve been trying our hardest to get to the rim,” Sewak said. “We keep looking to kick out when we need to when they’re closing in on us.

“For me, I was able to take what I had,” Sewak added. “It turned out pretty good. My teammates helped me out a lot, too. I know a lot of my points were off of their assists.”

Sophomore Madison French stepped up with 10 points for the Thunderhawks, who closed out the contest with clutch free throw shooting in the final frame. Senior Morgan Novean and freshman Emma Foul contributed down the stretch as well. Those two, along with sophomore Savannah Smith all added five points apiece.

“The special thing about this team is that we’re deep,” Wallace said. “Get in a sub, that next kid can play. It’s that type of depth that these girls have built — facing adversity through Covid, through injuries and getting through to this point.”