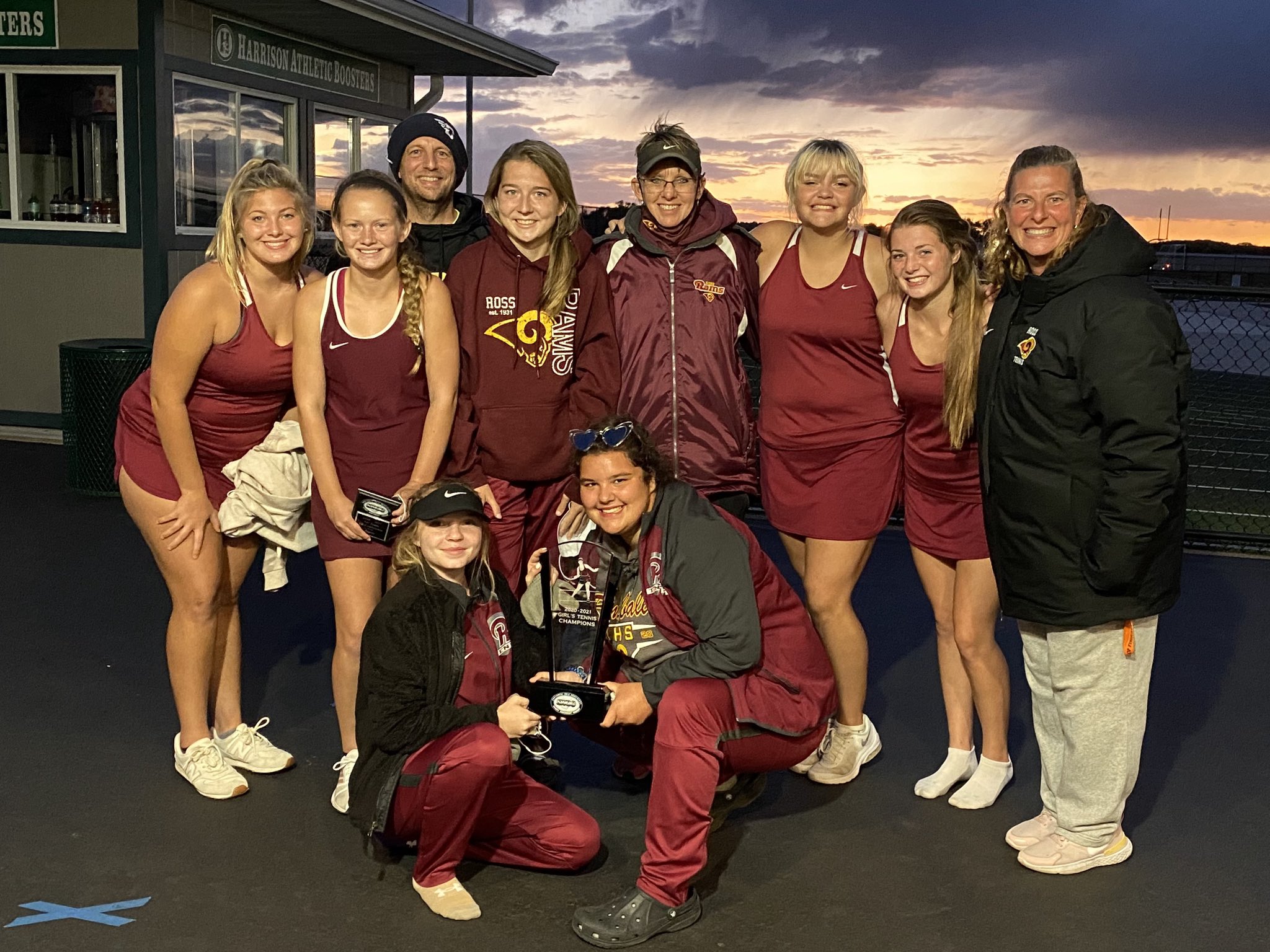 Ross head coach Gerri Bolin and her team were able to parlay an undefeated SWOC regular season at 5-0, 14-4 overall, with a first-place finish at the conference tournament to win the 2020 SWOC Girls Tennis Championship.

Harrison’s Kylee Fliter was selected as SWOC Girls Tennis Athlete of the Year, while Ross coach Gerri Bolin was picked as SWOC Coach of the Year.